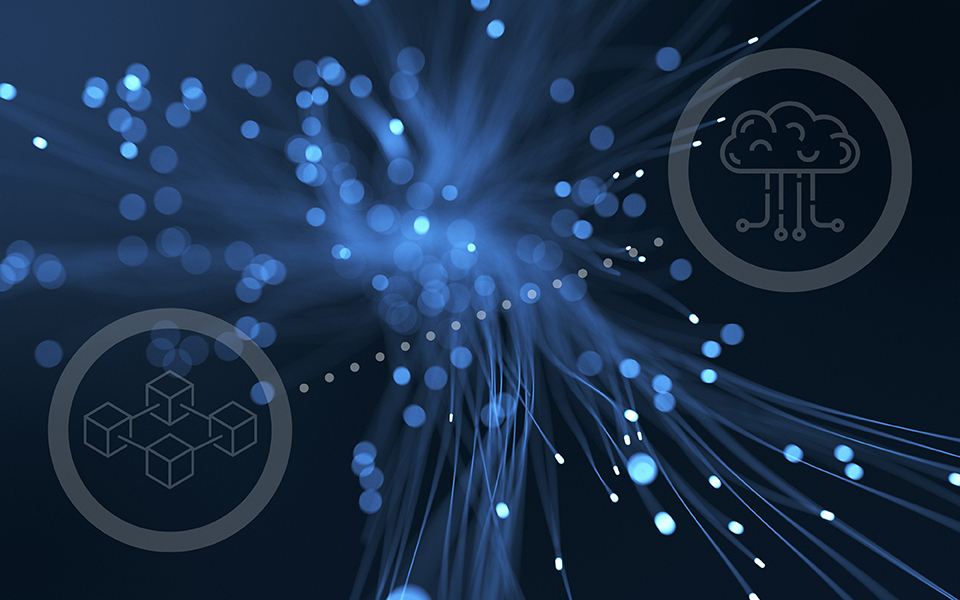 Why top fintech companies are focused on deeptech

Scientific research in the area of deeptech is increasingly driving success for top fintech companies.

Deeptech is the term applied to technologies that result from the commercial application of cutting-edge scientific research. They are the technologies that create radically new solutions, the kind that can upend existing products, processes and even markets.

It is little wonder then that deep technology, the kind that emerges from scientific breakthroughs, is now driving innovation in Ireland’s fintech sector.

Ireland is an established fintech hub. It’s also a country where government policy actively supports the fostering of links between industry and academia.

Right now deeptech such as blockchain, artificial intelligence and machine learning are being used to drive business performance and to create and capture new commercial opportunities across a range of sectors.

But deeptech is having particular resonance for top fintech companies, as both new and existing financial services players respond to the challenges and opportunities emerging from the increased digitisation of banking, the advent of new payment platforms and ever-changing compliance requirements.

Fintech is an area in which Ireland excels

“Ireland is really good at fintech. Enterprise Ireland [the trade and innovation agency] has a really strong portfolio of top fintech companies in this space and, indeed, is one of the largest investors in fintech start-ups in the world,” says Eoin Fitzgerald, Enterprise Ireland’s senior advisor for fintech.

Enterprise Ireland has invested in over 80 fintech start-ups since 2014. Its portfolio of more than 200 financial services and fintech clients generated over €1 billion in revenue in 2017.

“Ireland is now showing strength in deeptech for the same reasons that it developed its strength in fintech – because it has both a strong international financial services sector and a strong technology sector,” he says.

It is also home to the operations of nine of the world’s top 10 technology companies, including Facebook, Google and Amazon.

But while Ireland plays host to the world’s leading technology and financial services companies, none of them competes for customers there, a fact that has allowed for an extraordinary culture of collaboration to grow here.

This culture extends to the third and perhaps most important driver of Ireland’s strength in deeptech – its strong academic research base.

“Ireland’s most successful deeptech start-ups are either university spin-outs or are created through the commercialisation of the really good fundamental research being carried out here,” says Fitzgerald.

Right now much of this academic research is going into fintech, an area that enjoys enormous support in Ireland.

This was evidenced most recently by the announcement that ADAPT, the Science Foundation Ireland centre for research in digital content, has launched a new financial technology research programme, called Fintech Fusion.

FinTech Fusion is supported by such partners as Ireland’s Industrial Development Authority, the Fintech and Payments Association of Ireland, Insurance Ireland, and Columbia University.

Its researchers are working with more than a dozen companies to drive breakthroughs in payments, regulation and insurance technologies. The goal is to create fintech innovations with the potential to impact economies, markets, companies, and individuals.

It’s just one example of the way in which Ireland’s collaborative culture is enabling deeptech to drive fintech innovation.

Enterprise Ireland is to the fore in this process, having recently launched a major new fund to support those fintech and deeptech start-ups that it believes has the capacity to succeed in global markets, in a bid to further innovation in the area.

The new fund is aimed at companies working in areas such as artificial intelligence, machine learning, augmented and virtual reality, the internet of things (IoT), and blockchain, with a view to helping them achieve key technical and commercial milestones.

It was launched by Ireland’s Minister of State for Financial Services, Michael D’Arcy TD, who affirmed that “developing and supporting the fintech sector is a national priority”.

All this work to support the commercialisation of research is coming to fruition through the success of Enterprise Ireland’s deeptech clients.

This includes the success of award-winning start-up RecommenderX, who uses machine learning to guide enterprise teams to better data-driven decision-making, and which has worked with companies such as Mastercard.

It includes start-ups such as DataChemist, a Trinity College Dublin spin-out that helps organisations to find new insights that up until now were hidden in their existing data. It is currently building enterprise knowledge graphs for some of Europe’s largest financial organisations.

It also includes groundbreaking companies such as AID:Tech, who uses a combination of blockchain, artificial intelligence and machine learning to create a decentralised digital identity platform that empowers people to manage their own data securely and privately.

AID:Tech pioneered the delivery of international aid using blockchain technology, doing so first for Syrian refugees in Lebanon, on behalf of the Irish Red Cross.

Today it brings transparency to the distribution of aid, welfare, remittances and donations around the world, being nominated as one of Europe’s 100 Digital Champions by the Financial Times in the process.

It’s just one of a growing number of Irish fintech start-ups that have been sparked into life by scientific breakthroughs. It’s also just one more example of how, in Ireland, fintech’s foundations run deep.