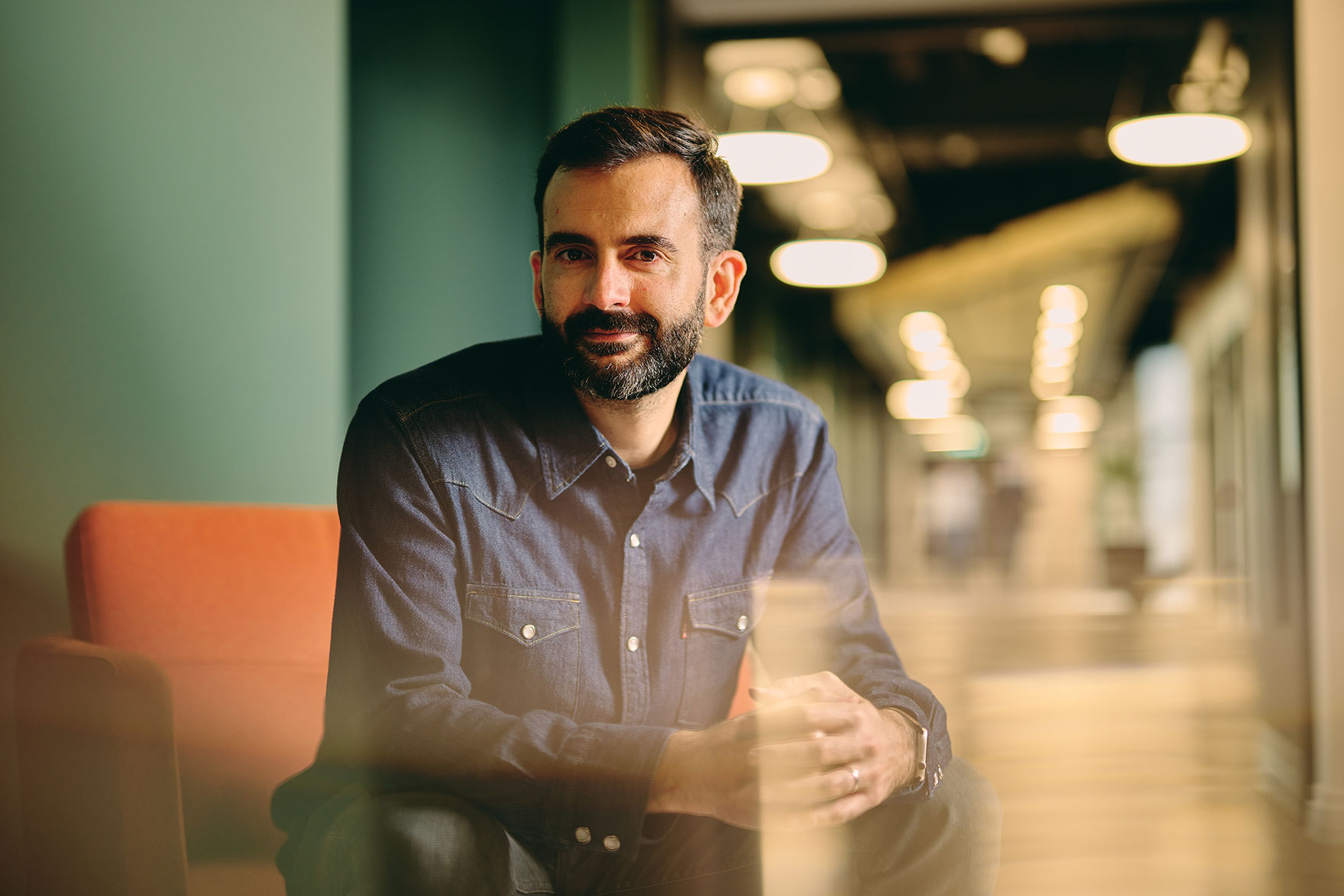 “Imagine if you could blur the lines between the virtual and the real from a device inside your pocket,” says Rafael Pagés, CEO and co-founder at Volograms.

It was 2016 and he was conducting his postdoctoral research at Trinity College Dublin. He’s always been one to think outside the box.

Rafael is still on that same mission – to bring reality capture closer to everyone. With Enterprise Ireland by its side, Volograms developed an innovation that integrates recordings of real people into all sorts of augmented and virtual reality experiences (AR and VR). All from a smartphone.

“We scaled the capabilities of a studio, like cameras, green screens and powerful servers, into something most of us own,” he says.

Vologram’s customers include Samsung, Vodafone, Hugo Boss, The London College of Fashion, and the Royal College of Surgeons in Ireland. But successful partnerships take time to build. The road to innovation was long for Rafael, but it would pay dividends.

“We were working together to simplify a technology called free-viewpoint video, which allows you to capture 3D footage using up to 100 cameras. We wanted to replicate that with just four of five phones,” explains Rafael.

Rafael envisaged smartphone users inserting their own 3D holograms into videos, sharing them across social media and in content for apps and VR headsets. For this to happen, the technology would need to be more accessible.

“How about if one single phone could do it all?”

Putting a plan in motion

The team embarked on several years of research to make their technology as simple as possible.

“We wanted to bring real people, real performances, into the immersive world of AR. Not animations, emojis or avatars, but real people,” says Rafael.

They continued to shrink the technology. Rafael and the team worked tirelessly to perfect their algorithms, moving from traditional 3D reconstruction to AI technology that could fit inside a smartphone.

They tested the product again and again – the signs were positive.

“We unlocked one of the key problems facing AR and VR – the capability to create user-generated content. There’s no need for an artist, designer, developer or high-end professional, anyone could do it,” he says.

In 2018, Volograms spun out from Trinity College and into a new home in the centre of Dublin, where they have everything they need to keep their global clients happy. While the company has managed to shrink its technology into a smartphone, it uses additional cameras in its studio for more complex imagery for businesses.

“Our environment is a lot simpler than our competitors. Our studio uses only 12 cameras, while one of our competitors uses 106. That also allows us to adapt quickly and meet our customers’ needs,” says Rafael.

Volograms continue to find success. It raised $2.3m in funding from Enterprise Ireland, Sure Valley Ventures and the Atlantic Bridge University Fund. This support allowed the company to accelerate its ambition to bring reality capture to people worldwide.

With the help of Enterprise Ireland, the company has been able to establish a global network of contacts.

“Enterprise Ireland made so many valuable introductions, especially in the United States and San Francisco where we travel a lot on business.”

Bringing innovation to the world

Rafael believes the unique conditions in Ireland have helped foster innovation and develop talent at his company. He cites the work of the Science Foundation Ireland (SFI) and Trinity College as an example.

“The conditions to innovate in this country are unbelievable. There’s a real willingness to invest in science as well as research and development,” he says.

“SFI and Trinity College set up a new research lab for researchers all over the world. That was huge for me and my postdoctorate. It allowed me to explore the visual computing field even further, which was the beginning of Volograms.”

Rafael continues to innovate today and has big plans for the future.

“We’re only getting started. We’re improving the quality of our mobile technology all the time. Our goal is to be as useful as possible in different environments. We want to keep empowering our customers wherever they are – the sky’s the limit.”