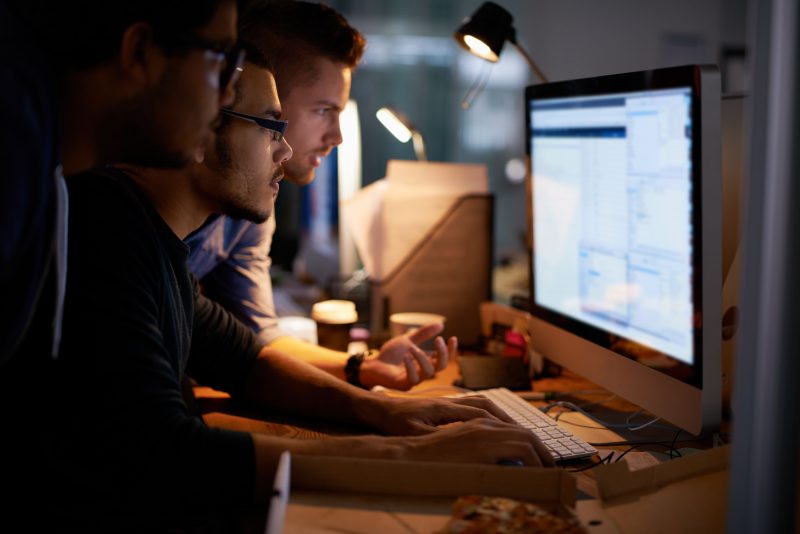 Having a blend of industry, ex-security services and military personnel on its team is just one reason why Ward Solutions is one of the Ireland’s leading cybersecurity providers.

Cybercrime is on the rise and growing into an ever-larger threat day by day. In fact, according to research by Cybersecurity Ventures, it will cost the world $6 trillion a year by 2021 — making it more profitable than the global illegal drug trade. And who better to help businesses arm themselves against cyber criminals than this uniquely experienced team?

Dublin-based Ward Solutions, founded by three retired Irish Defence Forces personnel in 1999, is helping organisations of all sizes and across all industries to step up their security practices and safeguard their data against potential threats. Today, about 20% of Ward’s 85 employees come from a military or police background.

“It’s a natural focal point for our recruitment,” explains Pat Larkin, co-founder and CEO of Ward Solutions, who served both as IT Operations Manager and Level 3 Data Security Officer for the Defence Forces Communication and Information Services (CIS) Corps. “We appreciate the experience and training that the Defence Forces and An Garda Síochána (the Irish police service) have and we find that the type of individuals who operate in those security services, in tandem with our industry staff, contribute a unique quality of service and expertise to our customers.”

Today, Ward is a leading Irish cybersecurity provider with customers operating in Europe, the US and Asia and growing at around 10% per annum. It works with clients in sectors ranging from government to financial services, ICT, retail, manufacturing and media.

It’s not just its staff that sets Ward apart in the cybersecurity space. Another competitive advantage is that rather than specialising in one specific area of cybercrime, it provides a true full cybersecurity lifecycle, from identifying threats through to protecting, detecting and responding — something that’s of particular interest to multinational corporations or companies that operate in several markets around the world.

“Security is quite a trusted conversation with customers,” Pat says, noting that Ward is careful to keep details of its diverse client base under wraps. “Once you establish that trust, they want a single provider who can manage all their cybersecurity needs, in all markets.” 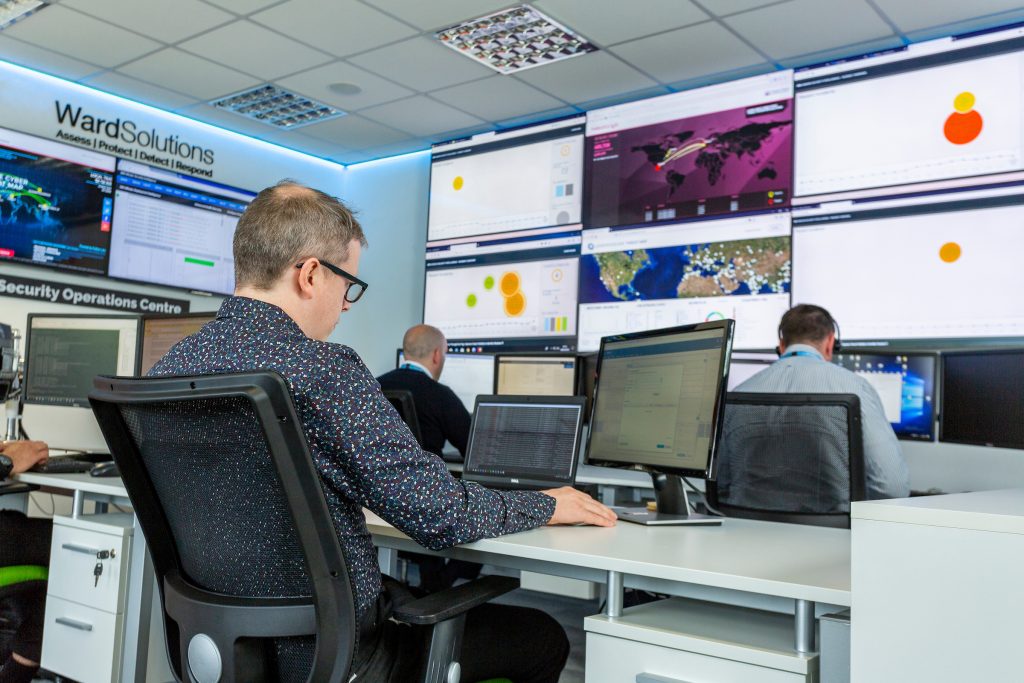 “Earlier in the dot-com era, only a select number of businesses were operating online — that’s no longer the case,” Pat says. “Every industry now has a huge digital dependence, meaning a lot of their data and services are online so, therefore, every industry is vulnerable to cybercriminal activity.”

Keeping up with cyber criminals

That being said, there are a few sectors that appear to be a favourite of cyber criminals around the world. NTT Security‘s 2019 Global Threat Intelligence Report found that the finance industry in EMEA accounted for 30% of all attacks, followed by business and professional services (24%) and technology (17%).

“These aren’t random attacks — cybercriminals are chasing the money,” Pat explains. “They focus on areas where they’re going to get the most return by exploiting cyber weaknesses and vulnerabilities.”

That’s why being proactive about cybersecurity is the best defence.

“Some customers come to us because they’re concerned about cybersecurity; they don’t have an imminent threat but they know they’re not doing enough and want to adopt a best-practice approach,” Pat says. “We would start with a risk assessment, find out what they’re doing, what the threats are, how they’re configured from a security perspective and then put a plan in place to minimise those risks, whether that’s deploying specific technologies, changing processes or educating their people.”

That’s the best-case scenario. There are times when Ward is called to address an attack that’s already occurred.

“In that case, we deploy our incident response services and help manage the incident to minimise the damage, contain it, restore services as quickly as possible and then put controls in place to make sure it doesn’t happen again,” Pat says.

Let’s face it: cybercriminals aren’t going anywhere. And while modern IT infrastructures are more complex and sophisticated than ever, so too are attackers. All it takes is one chink in the armour to impact an entire organisation.

According to Pat, cyber risk needs to be treated as a big part of business management. “It’s no longer a matter of considering if cybersecurity threats will arise, but rather thinking in terms of when,” he says.