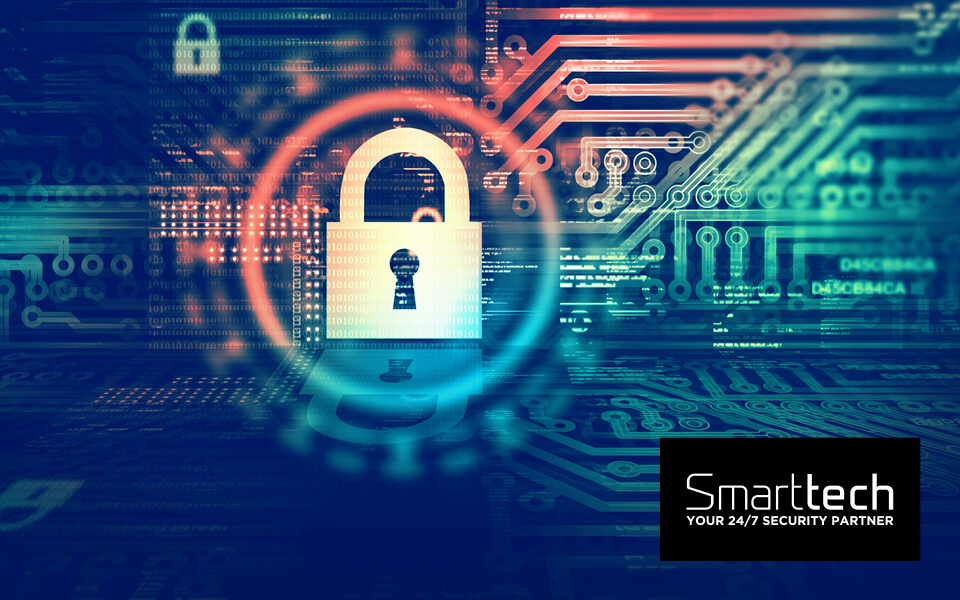 From its base in Cork in Ireland, Smarttech247 offers managed cybersecurity services to a growing list of blue chip clients around the world. The company’s three Security Operations Centres (SOCs) integrate into an organisation’s IT infrastructure to ensure that their entire networks are secure and compliant.

“Cyber threats are evolving continuously, and cyber criminals are innovating quickly with the advent of advanced persistent threats,” says Smarttech247 Chief Executive, Ronan Murphy. Cybersecurity is evolving in response and that is where the advantages of using our Security Operations Centre services come into play. We have the technology, the processes and the people to help secure our customers’ networks.”

Smarttech247 was ahead of the cybersecurity curve

The Irish-owned company was founded in 2010, long before cybersecurity became the headline issue it is today. “We set up as a pure-play cybersecurity company in 2010 when we built our first SOC,” says Murphy. “It was tough enough initially. The first time we saw cybersecurity being taken really seriously was in 2012, when Target was attacked.”

This now infamous incident saw hackers gain access to the credit card details of hundreds of thousands of customers of US retailer Target. In that case, criminals had used a vulnerability in the company’s air conditioning system to get into the main network.

“Many of the senior leadership team were fired as a consequence of the breach,” Murphy points out. “It was a bit like a wake-up call for the world. Cyber had been identified as a real problem. Overnight, it became a boardroom issue. Organisations which would never previously have considered doing so swiftly put it at the top of the boardroom agenda. Hardly a week goes by now when there isn’t news of another major organisation having been hacked. Even Google fell victim, with Google+ being closed as a result of being hacked. If you look at how most of the multinationals have been using and processing data, they have a big problem.”

Smarttech247’s SOCs in Cork, Poland and Romania operate 24/7, 365 days a year monitoring and protecting and responding to cybersecurity incidents at customer sites around the globe. “If you look at the cyber landscape the challenge is massive,” he adds. “The global internet economy is worth $3 trillion, and cyber criminals extract $800 billion of that. It’s bigger than the global drugs trade. Put on top of that more stringent legislation like GDPR and you can see the need to have high-quality cybersecurity solutions in place.”

The company acts as both a guardian and a combatant in the ongoing global war against cyber crime. “We monitor our customers’ networks,” Murphy explains. “It’s a bit like a CCTV system at a digital level. Instead of cameras we are inside systems monitoring everything that happens. Incidents happen pretty much every day and we advise customers on what to do to remediate the issues which arise as a result. The hackers have all the time in the world. Many of the attacks are automated attacks. Once a bot gets in, it alerts the hacks that is has found a hole. Attack vectors have become more sophisticated. Organisations have become far more connected, with multiple devices that can be exploited by hackers. Target was the first big example of the problem. State-sponsored hacking is a really frightening development.”

The WannaCry and Petya ransomware attacks came from North Korea and Russia, respectively, he points out.

The hard work put in during those early years is paying dividends. “We are growing at a rate of 100% year on year,” he says. “We are now in the right place at the right time. A tremendous amount of hard work went into building excellent products and services. We are certified to ISO 9001 as well as ISO 27001, which is the globally recognised international standard of best practices for establishing, maintaining, and improving security programmes for all organisations. We are growing exponentially in Europe, Ireland, and the UK. Our main growth target is North America at present. We are opening an office in Boston in January and we’re very excited about that.”

He attributes much of this success to innovation. “We were the first company globally to integrate IBM Watson AI technology into a cybersecurity solution,” says Murphy. “We partner with world leaders in AI and cognitive computing, and we develop our own technologies. When we see gaps, we plug them quickly by developing new technologies. We use deep learning and AI to provide better solutions to our customers.”

Why Aryzta chose to partner with Smarttech247

That innovative use of AI was a key factor in Aryzta’s decision to choose the Smarttech247 solution. “In particular, the thing that stood out for me was the fact that they have deployed IBM Watson AI engine as part of the solution,” says Aryzta Chief Information Officer Noel Liston. “If you look at cybersecurity, it just grows and grows and grows every day. It is not humanly possible to keep up. The fact that they are using Watson to make predictions and take faster decisions really appealed to us. I am a big fan of machine learning and cognitive computing.”

The global food giant uses the Smarttech247 managed service solution to protect manufacturing sites around Europe. “Our organisation has a wide geographic spread and we have bakeries operating 24/7,” Liston explains. “We need a cybersecurity partner to monitor and manage cyber threats 24/7. We are not in a position to hire and retain a full-time team of our own to do that, no organisation could. Smarttech247 allows us to tap into a resource of highly skilled specialists in the cyber security area. They have to ability to scale up and scale down as we need them. We did our first deployment with them in January 2017.”

The solution has been rolled out in stages since then. “It’s a fairly seamless process if you want to roll out the solution to a new location,” he adds. “Smarttech247 plans it with the local teams – I don’t have to get involved. They can scale at speed. We have operations around Europe and we are deploying it one country at a time. That model fits in with our budget. They are a very innovative technology company and we are a traditional FMCG company, but we have fallen into a good way of working with each other. I would recommend Smarttech247 to others and I have done so.”

For the future, Ronan Murphy says the focus will remain on innovation and expansion into the US. “Our SOCs have plenty of capacity to scale aggressively as demand increases,” he says. “Our main thrust for 2019 is the US market, where we are opening two new sites in Atlanta and Boston. Timing has been important for us. We did a lot of hard yards when cyber wasn’t sexy. We were ready when it did become mainstream. We will keep our focus on technology, and make sure we have the best technology, the best engineers and the best people.”

The company has taken direct action to address talent supply. “There is a two million shortage in software engineers worldwide,” Murphy notes. “We are working in collaboration with the academic sector. We launched our InfoSec Academy two months ago. We take on graduates interested in working with us and give them training. We have been very successful in recruiting graduates and placing them in the right area of the field where they will prosper.”