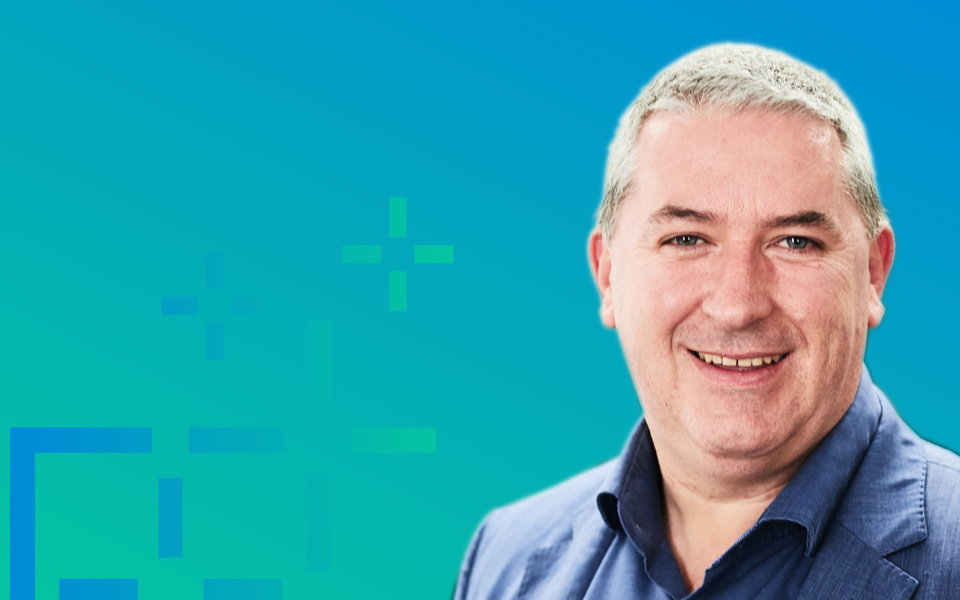 PFS: from a single corporate card to European fintech leader

The global fintech sector is growing rapidly, thanks to increasing consumer demand for alternatives to cash payments and the traditional bank. One of the leaders in the sector is Irish success story Prepaid Financial Services Ltd (PFS), whose award-winning solutions include e-wallets, physical and virtual prepaid cards, and IBAN accounts in the UK and across the Eurozone.

PFS was founded by Irish innovator Noel Moran ten years ago from a base in London as a bank challenger, an alternative to traditional banks. The company now employs over 162 people (“a significant milestone,” says Noel) between its offices in Malta, London and Wilmslow in the UK, and Navan in Ireland.

“We started off selling a corporate card to a target audience of small to medium-sized corporates, maybe companies that required a card for travelling or expenses, or for rewarding customers. We would effectively give them a prepaid Mastercard, which would work like all other debit and credit cards,” explains Noel, who is currently the company’s Chief Executive Officer.

“Since then, it’s evolved a lot. We’ve added a lot of functionality, and we now have about 20+ products – so we started out with corporate cards, but we now have travel cards, payroll cards, multicurrency cards, current accounts, we’re getting our own settlement accounts with Bank of England, we have a lending license – we’re really moving in the direction of becoming a true bank and being able to offer almost all the items that a bank can provide.”

The UK continues to be a very important market for PFS. “The regulator is very proactive in the UK, and this has opened up the market to hundreds of alternative financial providers to compete with the banks – that is certainly where a lot of the opportunity has come from.”

With opportunity comes competitors but PFS continues to lead the way.

“We’ve been around longer; a lot of these challenger banks really only began three or four years ago, and this is our 11th year. We’re also very profitable, and we have always made a profit, and that makes us very different. We’re probably the third-largest issuer for Mastercard in Europe, so we’re a significant player.”

PFS is a fintech leader in Europe, with an eye on the future.

“We have a license that allows us to operate in 35 EU countries; we’re live in 24 of those today, and we’re probably the largest provider in about five or six of those countries – including France, Iceland, Spain and Slovenia. We also have the largest prepaid programme in Ireland with 3Money. At present, we’re working on going live in the 11 EU countries in which we’re not currently operating.”

One significant milestone for the company was securing the Spanish post office as a client, Correos, therefore servicing hundreds of thousands of Correos Prepaid Mastercard customers.

“Correos has the largest prepaid programme in Spain,” explains Noel. “We also do a lot with government in the UK; we service more than 120 local authorities, so we’d be by far the largest provider of government payouts in the UK. In France, we work the largest prepaid card programme, which runs under the brand name CreaCard. And we also work with a lot on the humanitarian side of things – UNHCR would be one of our clients, along with Red Cross, Save the Children and about 10-15 others. Then we work with a lot of banks in France, Spain and Slovenia; also some mobile providers, like Three in Ireland.”

Winning recognition as a fintech trailblazer

Not surprisingly, both Noel and PFS have been recognised for their significant achievements, and as trailblazers in the fintech industry.

“We managed to win a very significant award around innovation and technology in the European Business Awards, which was [in competition] against thousands of other companies. Off the back of that, I also received an award for European Entrepreneur of the Year.”

Noel was subsequently showcased to the attendees of Davos 2019, an exclusive invitation-only World Economic Forum meeting.

“We’ve also had some significant milestones as a company over the last year,” Noel continues. “We managed to process more than £2 billion sterling last year. It took us nine years to get to £1 billion and just 12 months to get to £2 billion – and this year we’ll do over £3 billion.”

While PFS is an established leader within Europe, the company has bigger ambitions globally.

“We are making applications for licenses in 10 or 12 other countries where the regulatory landscape is changing; many are following the UK example because they are so far ahead in terms of e-money. We currently have clients from Asia, but at present we can only operate [for them] within Europe. As a result, we are actively looking for licenses outside of Europe too. We are also seeking licenses in Ghana and Ivory Coast (which would also cover 7 other countries). We are actively working on applications in the US – it’s a very different regulatory environment there – and we have applications in Singapore, Malaysia and Thailand in Asia – and a couple of others that aren’t at as advanced a stage. With all of these, we either have made an application or will be submitting one within the next two months.”

Gaining licenses in new territories is a key component of PFS’s strategy for the year ahead. “For us as a company, we want to expand into different countries and different territories, plus launch new products and services – we will probably have two or three new products this year. One of our primary objectives this year is to get licenses in 8-10 new countries. We also completed two acquisitions the year before last – that is also a key part of our growth strategy. We are making a significant acquisition early in 2019, and we’ll hopefully do one or two more later in the year – and we’re looking at an IPO later in 2019, perhaps July or August.”