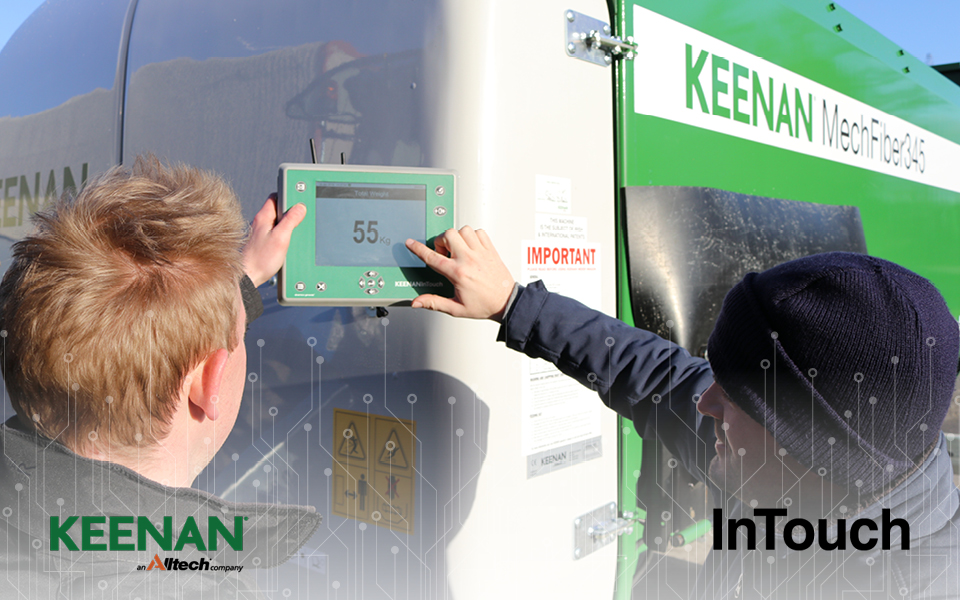 The famously green Irish farm might not seem like the most likely setting for the digital revolution. But it is there that one Irish company has established the frontline for an agriculture industry facing global challenges.

KEENAN has evolved from a renowned manufacturer of mixer-wagons into an agritech company developing disruptive IoT technologies that are driving smarter, more profitable farming in more than 40 countries.

The process began a decade ago when the company began to capitalise on the market of feeding-machine customers it had established to create a total mixed ration (TMR) for dairy and beef animals. More recently, KEENAN added software services to its hardware engineering division by creating a market-leading data farming solution.

KEENAN CEO Robbie Walker explains the transformation, “Ten years ago we realised that farmers were no longer just content with solid engineering. They wanted to buy something that gave a good output, so we started selling improved animal performance and showing farmers that if they used our machines they would actually see better animal performance results.

“Then tech came into the equation and now we actually sell a consulting service along with the machine. We now consult with the farmer, provide a service and advice, and that in turn provides a platform to sell our other products. That’s been the big change.”

KEENAN, based in Borris in Ireland’s County Carlow, formed a partnership with Intel to develop an IoT technology product that automates and enhances data sharing and analysis. The result is a live review and support service called InTouch, which allows InTouch nutritionists to work directly with farmers to provide real-time monitoring and optimisation of animal diet, health and performance.

In just five years, the InTouch network has grown to cover more than 3,000 farms, providing data and intelligence on more than 300,000 cattle across Ireland, the UK, France, Germany, Scandinavia, South Africa, New Zealand, Canada, the USA and many other countries.

Walker says, “InTouch uses data collected from all cattle in the system to provide advice and constant improvement of herd performance. It uses live data to help farmers make better decisions about their animals. They can manage herd health, ration formulation, weight gains and yield, and costs in order to free up cash-flow and improve profits.

“What the farmers get in terms of actual production is 200 grams per head per day more beef on average across our system and a 16% increase in milk production.”

The simplicity of InTouch has been key to its success. Walker explains, “It’s a bit like an iPhone on the side of a cattle feeding machine. The weigh box on the side of the mixer-wagon has very few buttons and is very intuitive and simple to use. It tells the farmer step by step what feed mix to put in the machine and then records what was actually put in the machine. If something goes wrong or there is a deterioration in animal performance, the farmer gets a phone call and our nutritionist changes the diet in real time via the cloud. It’s like having a nutritionist in the farmyard.

“The weigh box collects exact data on what is being mixed for the animals. We can also call in the data from milk and beef production, so our nutritionists are able to correlate the diets with the performance of the animal, and all the other animals on our system, and give real-time advice to the farmer on improving performance.

“This means that a farmer in France or the UK can benefit from information coming from animals in Ireland, South Africa, Germany or Australia.

KEENAN’s digital solution also has positive consequential benefits for farmers under pressure to reduce the carbon footprint of their herd.

Looking to the future, Walker wants to drive KEENAN’s growth by leveraging the resources of parent company, the animal nutrition multinational Alltech.

Robbie says, “We want to link in with more data streams and deploy our digital box into more markets. Alltech has a presence in 128 countries around the world and we’d like to see ourselves going into more of those. In each of those markets there are other streams of data on the farm, whether it be wearable devices on animals, data from Alltech’s analysis and research, or even just data in the public domain such as weather. We want to consolidate that data into InTouch because the more data rich our dashboards are, the more precise the advice can be for the farmer.”