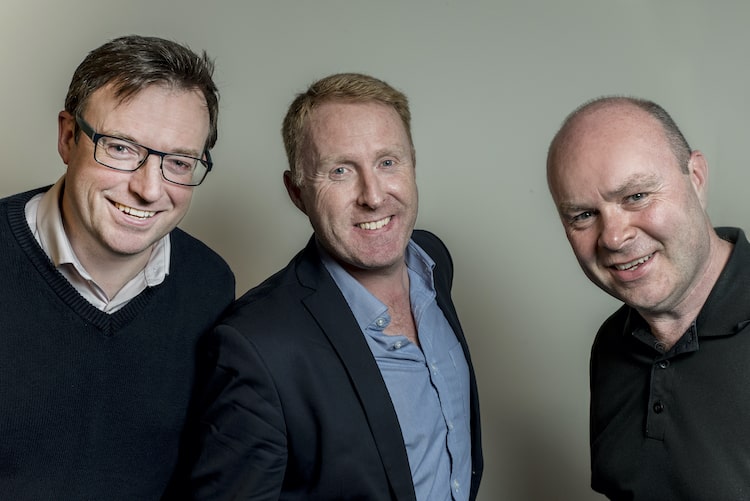 2020 has certainly been an unusual year and many businesses across the globe have had to scale back or pivot the product or service they provide.

But given the very nature of a pandemic, the technology industry has, in some areas, been riding the wave as demand for online business solutions, social distancing aids and track and tracing apps has spiralled.

In this regard, Irish company, Digisoft TV, was perfectly placed to deal with the need for an increased reliability on technology.

“Since we were established two decades ago, we have developed a high level of expertise in hardware and software systems and in the last four years began moving towards virtual reality, augmented reality and mixed reality,” says CEO Fearghal Kelly.

“Then about two years ago, we began using our virtual reality (VR) and augmented reality (AR) expertise to recreate the day-to-day working environment and production lines into a digital version so people could interact on any type of device, using goggles if needs be.

“This meant that people could be trained remotely if necessary, which would prevent contamination in environments which needed to be kept very clean. It also improved the standard of training because the sensory experience of photorealistic immersive training results in 6-7 times the level of knowledge retention in trainees when compared with traditional presentations.”

The Cork-based company had been supplying interactive television services, way ahead of its time, since 2003, to the hospitality, catering, and education sector. And more recently a lot of big pharmaceutical names and blue-chip companies have become interested in the solutions Digisoft has to offer.

But the onset of Covid-19 meant that changes needed to be made. And with no time to sit on their laurels, Kelly and his team began developing ways to expertly repurpose some of their innovative products to cater for the new normal.

“In recent years, we had a lot of interest from the hospitality sector in our entertainment systems in cruise ship cabins, wearable bands for theme parks and apps to help people find their way around various venues,” he says. “So we have a fair bit of hardware knowledge in these systems and when Covid hit, we realised that we were in a crisis which needed creative thinking – we started looking at back-to-work protocols and developed an app which records the interactions people have with each other throughout the working day.

“A paper-based system would be a nightmare for anything other than a very small company, and it wouldn’t be accurate, so we trialled an app in our own office which accurately records everyone’s movement – starting from when they walk in the door and recording when they are in meetings, who they are with and how long these go on for.

“You literally tap in and tap out of the app and it records the time and it also acts as a timer because you are not meant to stay beyond a certain time in rooms of certain sizes. We have been using this ourselves for the past two months and it works really well. And we have also had a fair bit of interest in it as its ideal for anywhere with a lot of desk bound employees who have meetings throughout the day.”

Along with this app, the company has also repurposed the wearable band – which, in its original guise, stores information such as passport details, credit card and ticketing information. It is now being used to enforce the two-metre distancing aspect which is needed in premises across the country. And it has a three-month battery life which reduces the hassle of having to change it on a more frequent basis.

“The band now gives wearers an alert after one minute (of being in contact with another wearer) and a further one after five minutes,” says Kelly. “All encounters within two metres are recorded throughout the day in real time and uploaded to a server. The wearer also gets a daily report showing the occasions when they spent over 15 minutes with various people.

And it also sends regular messages to remind them to stay two metres from others.

“It is designed to track and trace encounters throughout the day and as people’s ability to understand and implement the two-metre distance and the 15 minute time limit can be extremely limited, the band will accurately do this for them.

“There has been a huge interest in this as it could make a big difference to how organisations and companies cope throughout the coming months. Imagine if there were 100 surgeons in a hospital and one of them developed COVID-19. It would be impossible to track how many of the other 99 surgeons had spent more than 15 minutes with their infected colleague so all 99 would have no choice but to quarantine. However, if they were wearing the band, this would give an accurate recording and the number of people being quarantined could be reduced down to as little as three or four.”

Along with rolling out these new innovative solutions, of which companies may be eligible to apply for a grant for, Digisoft TV is also making its presence felt in Europe with the Enter the Eurozone programme.

“We spent a lot of time researching before selecting Germany as our main target, even though there are plenty of pharma companies in Belgium and France,” says Kelly. “Because while Ireland has quite a few global multinational life science companies headquartered here and companies use Ireland to prove out new techniques and processes before being rolled out globally, the other central market for this type of business is Germany and Switzerland.

“There are plenty of large pharmaceutical companies in Germany and the south of the country is right beside Switzerland, which is the next most important European market for us. It’s not in the Eurozone, but location wise, it made the most sense economically to establish a market in southern Germany where we could service both countries.”

Much of this business is on hold due to the current crisis, but the team at Digisoft TV are constantly developing and creating and are working on making an entrance into an aspect of robotics, which, Kelly says, would be relevant to their other solutions.

“We have something coming up that we are quite excited about,” he says. “We will make an announcement in a month or so. But I feel it’s important to add that while we have been working and developing other solutions, it has been very inspiring to watch all the other Irish businesses who responded so well and creatively at the peak of the crisis – it’s definitely a national trait to step up to the plate with an innovative answer to any problem.”