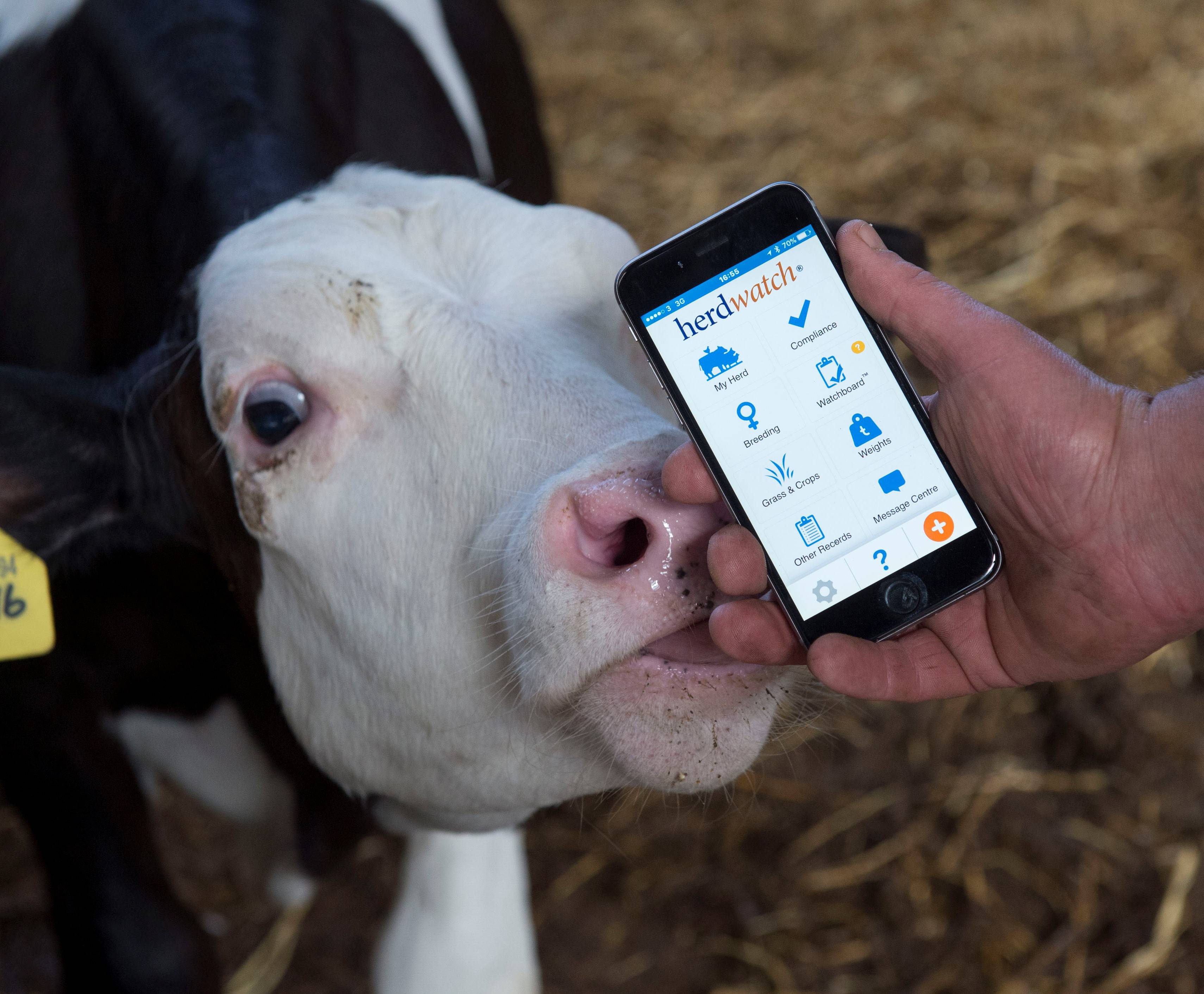 Herdwatch on a mission to pioneer paperless farming

Herdwatch is on a mission to remove paperwork from the farm. CEO and co-founder Fabien Peyaud envisages a day when all farmers need to manage their paperwork is a smartphone and his company’s award-winning farm management app platform.

One of the true pioneers of the agritech sector in Ireland, Herdwatch developed their first mobile app to help farmers comply with traceability regulations five years ago. Now, the app is used on more than 10,000 beef, dairy, sheep and tillage farms across the UK and Ireland.

Fabien says: “We have 8,000 paid subscribers and another 2,000 on the free version. Herdwatch is the number one farm software provider in Ireland and the UK. There’s only one company in the world that has more farms on their platform and they’ve been around for 30 years, whereas Herdwatch started five years ago.

Herdwatch takes paperwork out of the equation for farmers

One side of the Herdwatch app manages all the compliance and regulatory information a farmer needs for his herd – everything from how old each animal is, calf registration and movements in and out of the herd; to recording medicine purchases, treatments and vaccinations for individual animals.

Fabien explains: “Helping farmers save time and money is our bread and butter. The app manages all the compliance and regulatory information a farmer needs for their herd – it takes paperwork out of the equation, saving farmers time and hassle on that side.

“Farmers have to be compliant with various schemes and Herdwatch helps them record information as it happens in the field and be confident that they are compliant at all times.

“This is also because our app is easy to use, that’s one of the things that we’re known for. It’s really amazing to see 50, 60 or 70-year-old farmers getting into this app – the level of engagement they have is very, very motivating for us.”

Innovation has been at the heart of Herdwatch’s success and at its base in Roscrea in Ireland’s County Tipperary, the company spends around half of what it earns on R&D to ensure that its product is always moving forward. The latest version of the app, Version 5.5, makes increasing use of the smartphone technology.

A new Farm Medicine Scanner allows beef, dairy and sheep farmers to scan animal medicines and record their use with a smartphone. The Herdwatch app uses the phone’s camera to read the barcode or QR code on a medicine container and run the information directly into the app.

The feature – which increases medicine traceability and compliance – won a prestigious Innovation Award at the LAMMA 2019 agriculture and machinery show in the UK.

Another recent innovation is a feature that allows farmers to order replacement tags for their animals directly from the app.

Fabien explains: “Animals have to be tagged by law but sometimes animals lose their tags and they have to be replaced and again it’s more paperwork. Now with Herdwatch, a farmer who notices a missing tag in the field can record that an animal is missing the tag and also order a new one immediately from the app.”

Fabien believes that new features and uses are key to the continued growth and success of Herdwatch. He says: “Compliance is why people get Herdwatch but the reason they keep the app is what we do on the management side – particularly over the last couple of years.

“We’re also really focusing on bringing farmers actionable information in their hands that allows them to make the right management decision. Things like milk records are coming into the app, so farmers can see the output of their animal and make decisions about which animals to keep and which not to.

“This is the direction we’re going into now – compliance is our core bread and butter and we’re going to continue to excel at that and improve it any way we can, but we’re also going to drive the management side of it.”

The company’s direction includes looking at entering other markets over the next two years. Germany, the Netherlands, the US, Australia and New Zealand are on the shortlist, as is Fabien’s native France.

“One of our goals is to try and bring in all the other technology that a farm has and allow the farmer to see and interact with those on Herdwatch. We believe that at some point there will be a need for convergence because farmers will demand it.

“Herdwatch wants to be that platform because we believe that it will allow us to help combat some of the big issues facing farming – such as the fight against antimicrobial resistance or reducing carbon footprints.”