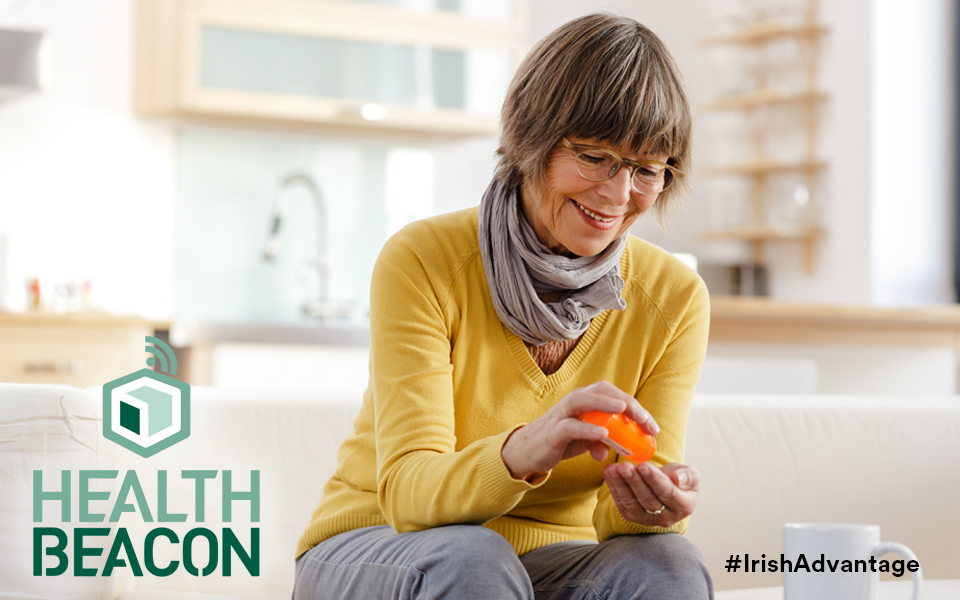 After recently launching in the US, HealthBeacon is making patients feel more supported at home, while helping to reduce costs associated with non-adherence to medication schedules.

Digital therapeutics company HealthBeacon has developed a smart sharps bin for use by patients who self-inject at home, which is driving double digit improvements in adherence to medication schedules among thousands of patients in ten markets across Europe, Canada, the Middle East and South America.

In May of this year, the Dublin-based company joined a small, but elite, number of digital therapeutic organisations with validated technology to receive clearance from the US Food and Drug Administration (FDA). Its platform is now being used by patients in multiple states across the US.

Medication adherence is a major challenge for healthcare systems, pharmaceutical companies and patients. The World Health Organization suggests that patients, on average, comply with their medicine schedules only 50-70% of the time. In the US alone, a lack of adherence to medication is estimated to cause around 125,000 deaths, 10% of hospitalisations, and to cost its healthcare system between US $100 billion and US $289 billion a year, according to a review in the Annals of Internal Medicine.

Instead of purely being a disposal unit, the technology in the outer layer of HealthBeacon’s smart sharps bin records when a used pen or syringe is deposited. In this way, it monitors a patient’s adherence to their medication schedule and then sends customised SMS prompts and reminders to help them stay on track.

With the appearance of a domestic appliance, the connected device sends data to an online dashboard where the nursing team can view the patient’s progress in real time. If a dose is missed, an intervention or reminder to the user to take their medication can be made.

HealthBeacon turns a negative experience for patients into a positive one

“In the first year of our development cycle, we discovered that the traditional yellow sharps bin had negative connotations for patients. It reminded them of their illness and was designed for clinical settings,” says co-founder of HealthBeacon, Kieran Daly. “We wanted to turn a negative experience into a positive one, which was more valuable and supportive to patients.”

CEO and co-founder of HealthBeacon Jim Joyce came up with the idea for the smart sharps bin five years ago while running another Dublin-based company, Point of Care Health Services. Thinking about the problem of medical waste collection, he saw an opportunity to create a concept around the problem and turn it into a new product.

HealthBeacon launched commercially in Europe in 2013. Its route to market has been to deal primarily with pharmaceutical companies, which have incorporated the smart sharps bin into the patient support programmes they sponsor.

“Pharmaceutical companies are continually looking at ways to make those support programmes better,” says Daly. “What appealed to our pharmaceutical clients was the fact that the HealthBeacon system is so passive in nature. Patients taking injectable drugs must have a solution for the safe disposal of sharps. There is no additional effort needed by the patient with the HealthBeacon — all the value is captured and created when they deposit a pen or syringe into the unit.”

Patient acceptance rates of over 90%

Acceptance rates of the HealthBeacon among patients involved in the support programmes are above 90%. For the nursing companies delivering the programmes, the product is allowing them to provide a higher calibre of care, according to Daly. “The trend towards precision medicine is growing. Equally, there is a drive towards precision outreach and remote monitoring of patients,” he says. “There is a nursing company in Belgium supporting thousands of patients remotely. The HealthBeacon is allowing them to determine the patients who need the most help each month.”

HealthBeacon currently employs 28 people between its offices in Dublin, Boston in the US and Montreal in Canada. While they started out in their home market of Ireland, Joyce and Daly recognised that they had to internationalise very quickly.

“The huge benefit of piloting locally was that we were able to then roll the product out to pharmaceutical clients’ affiliate operations in Europe and beyond,” says Daly. “We are starting to sign global agreements now with some of our clients and are increasingly going directly into markets with new clients.”

This represents the first time HealthBeacon has engaged directly with a patient organisation. “We wanted to get going in the US as soon as possible on the back of the FDA clearance,” says Daly. “The meeting in Chicago was very patient-centric, which allowed us to have direct conversations with patients to better understand how they feel about medication adherence.”

In parallel with its partnership with the Magic Foundation, HealthBeacon is also in discussions with traditional pharmaceutical clients in the US and expects to launch with a wide number of them there in the coming months.

“We are keen to get the smart sharps bin into as many patients’ hands as possible,” says Daly. “Patient support organisations have big reach and are led by motivated, high energy people with personal experience of conditions. It gives pharmaceutical companies a lot of comfort to see we are already established on the ground in this way.”