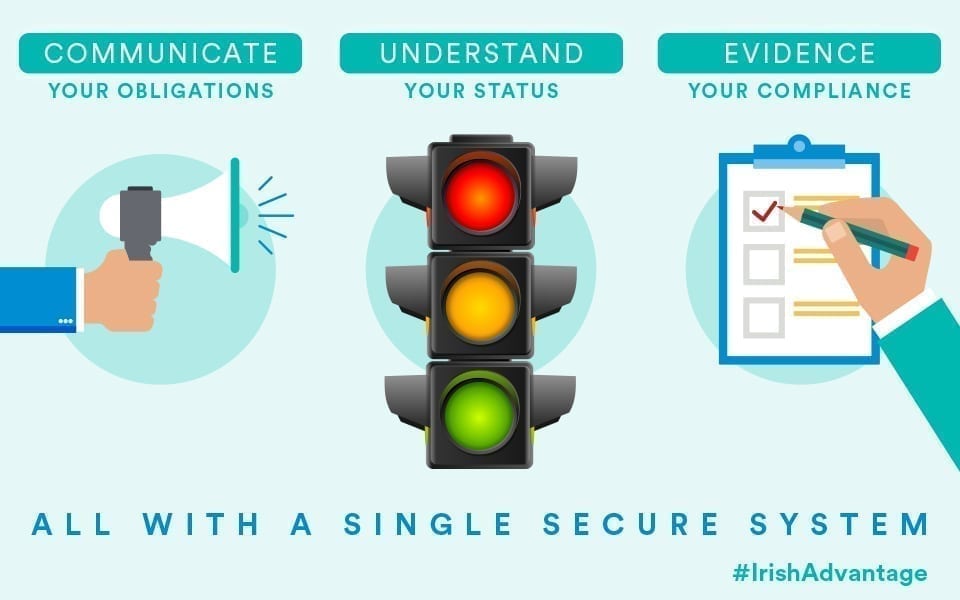 Achieving compliance at a glance with Governor Software

Irish regtech company Governor Software has developed a solution that allows financial institutions to achieve true oversight and governance right across their business. The regtech solution offers full visibility of an institution’s obligations to all of its stakeholders, and enables the measurement of performance against those obligations. It also enables institutions to prove to a third party that they are meeting their obligations.

Governor Software’s solution was launched on the market in mid-2017, following more than two years in development, but its origins go back much further, as founder and CEO Richard Pike explains,

“I set up a risk and compliance company back in 1995. We were selling risk compliance products to banks and financial services firms around the world, and I sold that business in 1998 to a multinational firm, which was buying up lots of risk companies at the time. One of the first tasks I was given was to come up with a strategy to pull all of the information from these different companies together for clients. I spent a year talking to dozens of clients around the world to ask how they pulled their data together. What we found out was they all had different processes and approaches.”

The project was abandoned, and Pike went on to run the company’s EMEA business for a number of years.

Top down approach to meeting obligations

“After that, I became an independent non-executive director (INED) and I now sit on the boards of [Irish bank] permanenttsb bank plc and JP Morgan Fund administration Limited. That gives you a different view of the world. You see that it’s actually about the people consuming the data. When you go to a board meeting you get 1,000 pages in a document pack. The concern is that the regulator will come back six months later and ask why you didn’t do something about an issue that appeared on page 642.”

That led him to go back to the drawing board. “You have to start from the top down,” he points out. “What have you told your stakeholders and regulators you are going to do? What are your obligations? And how do you know you are meeting them? You have also got to have a way of comparing apples and pears. People provide data in different forms from different areas of the organisation. Sales, customer service, and so on. How do I compare the data from one area with another?”

This resulted in the development of a way to aggregate and present the data in a traffic light system – red, amber and green. Regardless of the nature of the data or the regulation involved, users of the solution see at a glance if they are in compliance, in danger of going out of compliance, or out of compliance.

Governor Software is also the first company in the world to have an agreement with the UK Financial Conduct Authority (FCA) to make the organisation’s handbook available in a usable format within its product. “This means our clients can be assured that the solution is always fully up to date with FCA regulations. We can do that with other regulators around the world as well.”

Market reaction has been very positive.

“We now have four active clients, two banks and a university in New York, and an asset manager in London”, says Pike. “But it’s not just a regtech product. It’s an oversight tool which can be used for any form of compliance. New York University is using it for accessibility regulation. We are using it to help manage our own company.”

Proof of compliance is another important aspect of the solution. “The way regulators work, if you can’t show them evidence that something has happened, then it didn’t happen as far as they are concerned. The other thing the system does is store all information. You can see who knew what when, and what was done about it. It gives complete oversight of all regulatory and compliance activity. That’s where the real return on investment comes for our customers.”

The solution is primarily aimed at the international marketplace. “We have offices in New York, London and Dublin”, says Pike. “You really have to be there. Enterprise Ireland [the national export agency] has been very supportive, both with funding and other supports. They have been an investor in our two rounds so far, and they have also helped us in New York and London with introductions to potential customers. They recently brought over a top executive from one of the biggest banks in Japan to meet us here in Dublin.”