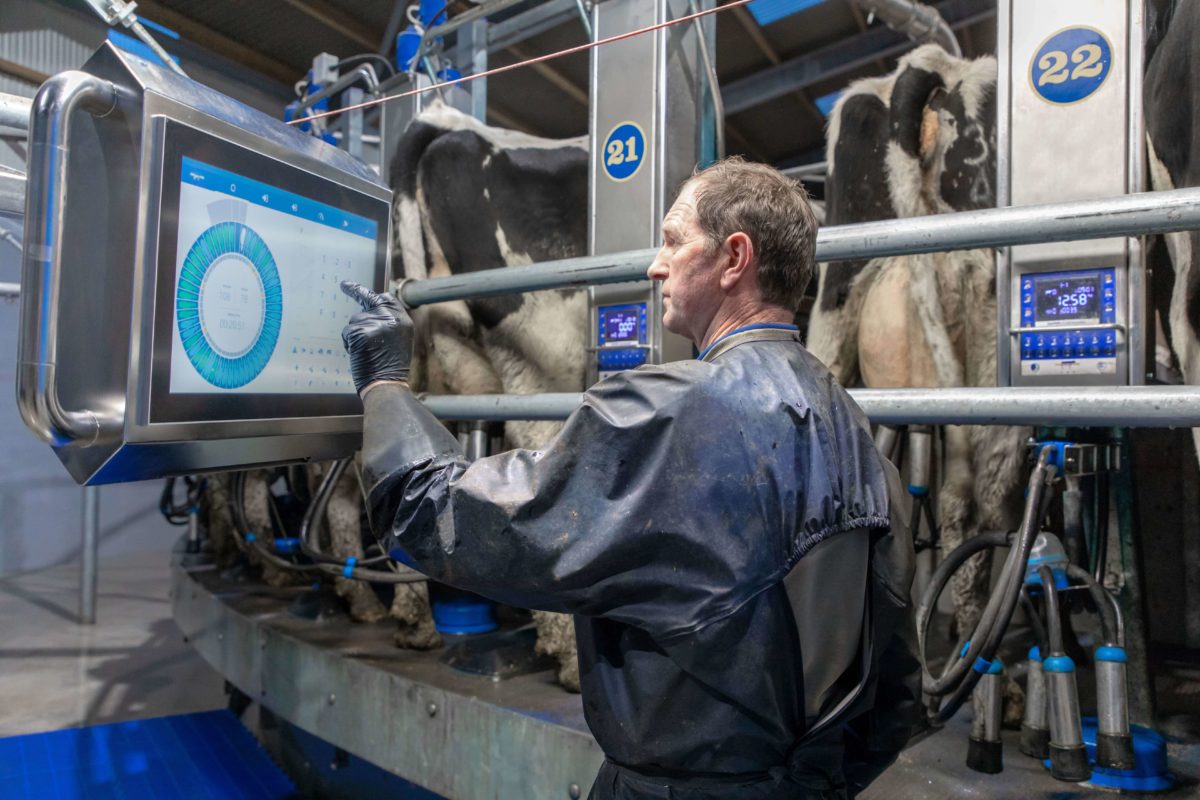 Success comes in many forms but recognition by your peers is held in particularly high regard. So when staff at Irish dairy manufacturer Dairymaster learned they had won an Innovation Award at EuroTier 2018 for their new Mission Control milking parlour technology system, they were understandably proud.

EuroTier is the world’s leading trade fair for animal production and their Innovation Awards – led by the German Agricultural Society (DLG) – are considered akin to the Oscars for companies operating in that sector.

However, where Mission Control is a real game changer is through its integrated OptiCruise System – a computer programme that uses artificial intelligence to optimise the carousel speed of Dairymaster’s rotary parlours during milking. The result for farmers is a 20-30% reduction in milking time and improvements in animal welfare.

Dr John Daly, research and innovation manager at Dairymaster explains: “Even for experienced milkers, it’s not easy to get the carousel speed right. Mission Control is really to do with parlour control rather than the actual milking side of it. It’s to do with the cow throughput and automatically adjusting the parlour speed based on the attachment speed of the operator.

“It has a feature called an OptiCruise which uses artificial intelligence to automatically control speed of the rotary platform. As each cow steps on to the parlour, the OptiCruise factors in the milking history of the cow, its expected milk quantity and the remaining milking time of the other cows already on the carousel to optimise carousel speed.

“If Mission Control flags a problem and the farmer needs to stop or slow down the rotary to inspect a cow, OptiCruise takes account of the stoppage and automatically adjusts the speed of the carousel to recover that time.

“This means farmers know they will be able to milk faster and take time to examine and treat problem cows, so it’s better for the animals and farmers.”

Mission Control is the latest product to demonstrate Dairymaster’s commitment to innovation. The County Kerry-based company previously won a EuroTier award in 2014 for its Swiftflo goat rotary milking machine. From milking and feeding equipment, to automatic manure scraper, cooling tanks, and health and fertility monitoring systems, Dairymaster has a reputation for high-tech solutions and innovative dairy equipment manufacturing.

Dr John Daly said: “Mission Control was developed as part of our own internal research and development programme over the last year or so. It was a project that we’ve been looking at for a while but only really got the green light for in the last year, so we’re delighted that it’s been so well received by the DLG.”

Dairymaster has a strong focus on Germany and the Netherlands

A strong focus on innovation is particularly relevant in European markets such as Germany and the Netherlands in which there is a great demand for labour and energy saving products that also promote animal welfare.

Fergus O’Meara, international business development manager at Dairymaster, said: “Germany is the single most important market for us in mainland Europe. There are 4.3 million dairy cows there and 60,000 dairy farms of various sizes – from larger farms in the east to smaller farms in the south and more traditional family farms in northern Germany. We’ve been in Germany for 15 years ago and have more than 40 dealers in the market.

“For farmers there and in other important markets for us, such as the Netherlands, one of the challenges they face is getting labour – so they need products that can reduce labour and time.

“Mission Control saves in a number of areas. As well as time and labour, farms investing in new equipment can also reduce the size of rotary they install because it is more efficient. Mission Control also saves waiting time for cows in the collection area prior to milking, which helps reduce lameness, and so it is good for animal welfare. This also has positive benefits for milk yield because when a cow is standing on concrete, it’s not producing milk.

“So, you have benefits in time, labour, size, animal welfare and energy as well because obviously if you’re running for less time, you’re using less electricity and using less water. These are factors that add up to the bottom line and mean farms recover their investment.”

The ability to provide a strong return on investment is one of the main selling points for Dairymaster as it prepares to launch Mission Control in 2019.