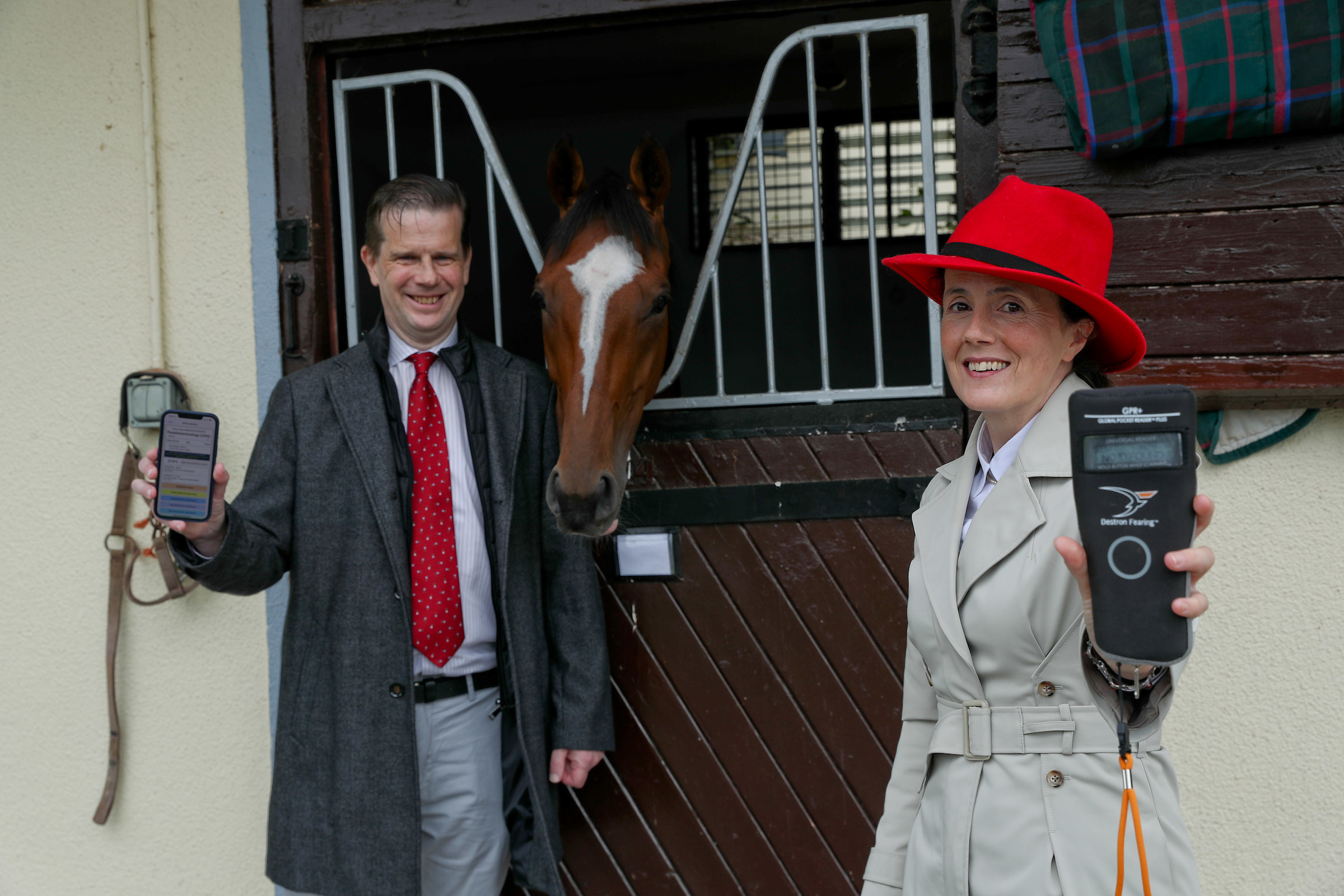 Traceability has come to the forefront of the equine industry, which presented an opportunity for EquiTrace founders Jennifer and Kevin Corley.

The buzzword in the equine world right now is traceability and EquiTrace is in the right place at the right time. Jennifer Corley, CEO and co founder of the company along with her husband Kevin, are wellknown to many in horseracing circles. Both are specialist equine surgeons. However, Jennifer had to change paths after a car accident forced her to retire from clinical work. They launched the EquiTrace app in 2018.

The app, used in association with a simple microchip scanner, allows horse owners and carers to easily identify and locate their stock. The innovation led EquiTrace to claim the Overall Startup Award at this year’s Innovation Arena.

The issue of traceability in Irish racing made international headlines twice in the space of a week this summer. Firstly, a BBC investigation claimed that hundreds of Irish horses were being improperly moved from Britain to Ireland for slaughter. Owners and trainers claimed they didn’t know where the horses had gone. Secondly, there was an embarrassing incident at the Galway Races where a winner had to be disqualified after it was discovered that the wrong horse ran in the race – all played out live on RTÉ.

All racehorses have a unique microchip embedded in their necks shortly after birth. Usually the chips are only checked by officials on arrival at the racecourse and after a race, but the EquiTrace system allows every owner, breeder and trainer to confirm a horse’s identity quickly and cheaply.

“A couple of things gave me the idea for developing the app,” Jennifer said at the time of its launch. “There were some high-profile stories about identity mix-ups with runners at the races where the wrong horse was brought, and then visiting clients’ farms and training yards and learning about the staff shortages and problems associated with an increasingly transient workforce.

The idea is simple and effective – the scanner is used to accurately identify each horse by name, not just their microchip number. This eliminates confusion and mix-ups, while the app allows authorised users to add notes and information about each horse, such as what medication they have been given and when, or a note to say this horse has been lame in the past and needs to be checked.

“You upload the details of each horse on the farm or yard on to the app and each time a horse is scanned, the app will record the location and time of the scan and the identity of the person who scanned them,” says Jennifer. The potential uses are endless. Veterinary hospitals are already using it to save time in identifying horses in their care.

Charities who retrain and rehome retired racehorses can use EquiTrace to check the horse’s location and temperature. In time, EquiTrace could prove hugely important in making it easier for people to move horses between Britain and EU countries.

The app and the data is encrypted which means that nobody outside of the approved personnel has access to the farm’s data, not even Corley himself. Notes on all the farm’s horses are only accessible to those allowed to access that specific farm’s data and if a horse is sold or moved on, the notes from their previous farm or yard cannot be accessed by anyone at their new premises.

Earlier this year, EquiTrace signed a sales and marketing agreement with Merck USA whose team will now be marketing the app across the many different horse sectors in the US.