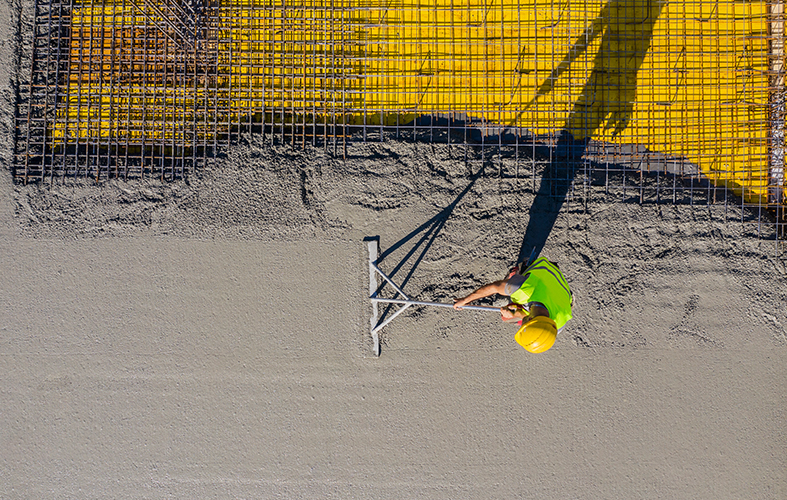 ECOCEM: A Vision for A Green Future

Ecocem Ireland are a company at the centre of an industry that’s motivated to change. A green future in construction is one where contractors and engineers are able to build much-needed homes, roads, and facilities without relying so heavily on Ordinary Portland Cement (OPC). This product, though widely-used across a variety of sectors, has a footprint of 803 kg of CO2 per ton and is responsible for 8% of carbon emissions worldwide. In order to turn things around for the sake of our climate, we must change the way we build. According to Ecocem, a successful future will involve the revolution of the entire cement industry.

How Ecocem are Creating a Greener Future

Ecocem manufacture Ground Granulated Blast Furnace Slag (GGBS). Leftover material from steel mills are ground down and used to create this alternative to OPC. Unlike traditional cement, GGBS emits only 32 kg of CO2 per ton, which translates to incredible carbon savings. Since 2003, Ecocem estimate their product has saved over 12 million tons of CO2 from the atmosphere. And, since the steel remnants would otherwise be headed to a landfill, this low-carbon product also contributes to the circular economy by using a byproduct to offset the cement industry.

Ecocem believe in their product and work closely with customers to pursue improved application of GGBS. Businesses traditionally reliant on OPC are beginning to look for ways to improve their environmental credentials, but switching to GGBS isn’t always straightforward. One of the product’s hurdles is lower early strength. As a result, Ecocem’s innovation team have developed a patented accelerant to speed up drying time. Their original product was recently used by block manufacturer Coshla Quarries in the West of Ireland. Coshla have a tight timetable for turning around blocks, but Ecocem’s accelerant made it possible for them to incorporate 50% GGBS into their product, giving their customers a unique, low-carbon product.

Bringing a Green Future into the Present

As Ecocem look ahead, some of their most important initiatives are education and awareness. Traditional cement is still the go-to, mostly due to a lack of knowledge on the benefits and applications of GGBS. The next obstacle is government-issued standards. Different countries have varying rules on the percentage of GGBS that can be used in mix designs.

Ecocem continues to lobby for increased allowances, but they know this process is dependent on the motivation of national standard committees to allow for legislative change. Thankfully, they are beginning to see a growing demand for low-carbon products in construction. Ecocem’s goals are not small—they are in business to radically change the cement industry on a very large scale. In order to achieve this goal, they are counting on participation from other market leaders as they work toward a more sustainable future.