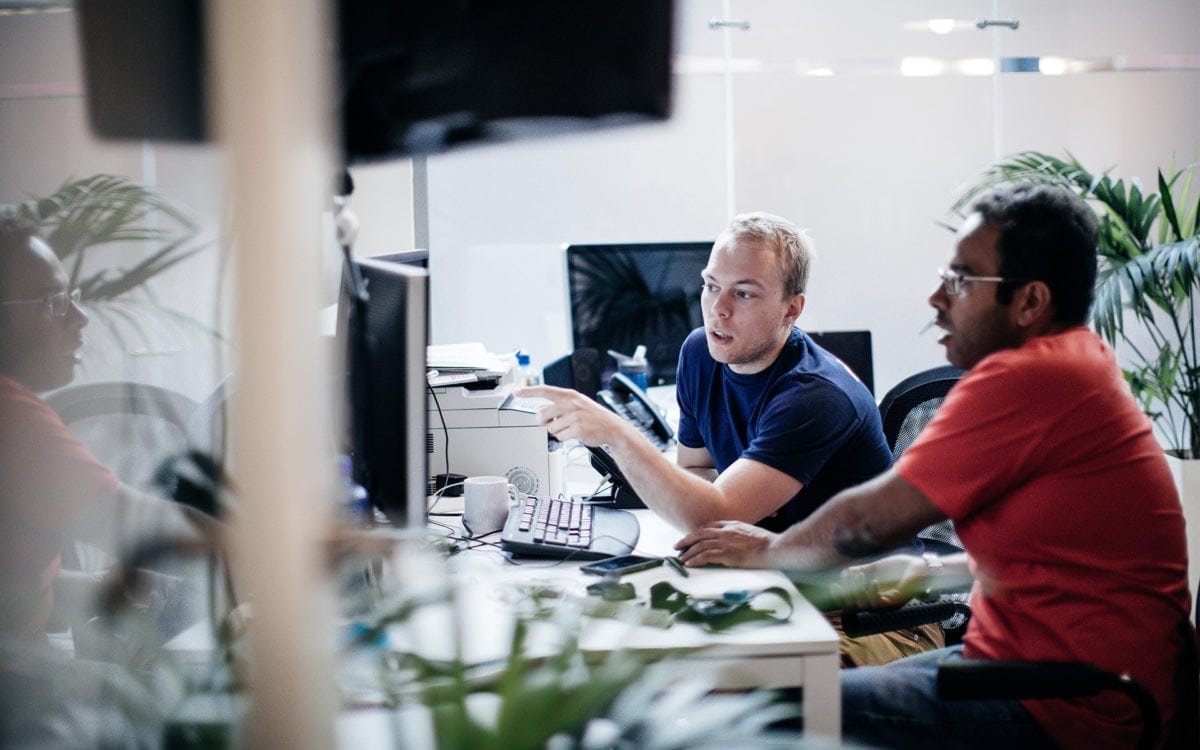 In early 2017, Janssen Pharmaceutica – part of the Johnson & Johnson Group with operations in Benelux – invested €43 million in a state-of-the-art laboratory in Beerse, Belgium. From 2020, a team of 250 technicians will test new pharmaceuticals in the lab. This significant investment shows how much international companies value the Benelux pharmaceutical industry, which is steadily growing into a major European pharma hub.

In Benelux, the Janssen Pharmaceutica story also shows how important an adapted infrastructure is to becoming a pharmaceutical hub. Laboratories, clean rooms, and secure environments must all be of the highest standard. It’s crucial that building and safety regulations are carefully adhered to in the construction of these spaces. Requirements for modified ventilation systems and specialised construction materials can make projects more challenging, and, as a result, more costly. That makes high-tech construction a highly specialised space.

In recent research by IMD (the Swiss International Institute for Management Development), Ireland scored highest worldwide for the flexibility and adaptability of its population. While Ireland has long been recognised for its expertise in the construction sector in the UK, its high-tech construction capabilities have been growing in reputation in other countries.

One outcome is that more and more companies from Benelux and Ireland are partnering. At Enterprise Ireland, as many as 70 of our clients are already active in the pharmaceutical sector in Benelux. That’s a sound foundation for growing collaborations which benefit both partners. A personal approach, a talent for team work and dedication to the project are all innate qualities of the Irish workforce which are valued in Benelux.

Fully integrating with the local market

A good example of this is the work of Irish company PM Group. Since its first project in Benelux in 2004, the company’s operations have expanded steadily. By keeping a sharp focus on the region, PM Group has succeeded in increasing its turnover to 20% of total income. The company’s success can be attributed to a client-centred approach: every project is treated as unique. The team continually adapts its approach to the specific needs of each clients and their unique challenges.

As an Irish player, PM Group works with a local partner to integrate fully into the Benelux market. That allows them to combine their international expertise with a local approach. It’s an ideal example of the ‘think global, act local’ principle. Hans Peeters, General Manager of PM Group Benelux, responds: “It’s important to create trust. And the flexibility to be able to adapt to the local culture is essential. With this, you immediately demonstrate your added value.”

This trust, combined with a strong client relationship, has created a major success story. Within large international projects, like the construction of a bulk manufacturing facility in Belgium, at peak times up to 500 people must work together. Other companies have taken notice. Since 2004, PM Group has been involved in, amongst other projects, the construction of a new building for Genzyme (Geel, Belgium), where monoclonal antibodies are being developed.

Irish construction company John Sisk & Son has also put its Irish advantage to work in Belgium. Its showpiece is surely its project with Johnson & Johnson in Leiden, the Netherlands. Not one, but three, Irish companies – John Sisk, PM Group and Dornan Engineering – collaborated to successfully deliver it. The three partners collaborated on design, engineering and construction, allowing them to work as a total Irish package.

Frank Quirk, director at John Sisk & Son, explains: “This is a great example of how relationships between Irish companies can be used to realise large international projects. All the companies in this project have a huge amount of experience in major pharmaceutical projects and will also be able to deploy this in other locations in the future.”

In 2016, Enda Kenny, Ireland’s Prime Minister or Taoiseach, paid a visit to the construction site in the Netherlands as part of a Trade and Invest mission. The goal of the mission was to expand the export market and to enhance trade opportunities between the countries. Taoiseach Kenny expressed his satisfaction with this collaboration: “There is a common perception that Irish exports primarily consist of agricultural products and fabricated products. This project shows that internationally renowned Irish companies also provide services and expertise that are highly sought-after abroad.” The project in Leiden wasn’t John Sisk’s first Benelux project. In 2015, they worked on a project in Geel, Belgium – also for Johnson & Johnson.

The advance of biotech

Another innovative and rapidly growing sector is developing in Benelux: biotech. Thanks partly to the success of the pharmaceutical sector, the biotech industry is beginning to boom. Belgium in particular is seeing a huge increase in biotech activities. It now has around 350 biotechnology companies and supplies 16% of the European sectoral turnover within Europe. In the Netherlands also, the biotech sector is getting a major boost. In 2015, 85 million euros was invested in Dutch biotech start-ups, an increase of 63 million euros compared with the previous year.  Sectoral growth is also evident in the construction of new buildings. If the biotech industry continues to grow at the current rate, we could well see another major boost for the construction sector in Benelux.

Collaboration with Irish companies will enhance pharmaceutical and biotech expertise in Benelux still further. A strong relationship between customer and supplier, particularly the willingness of Irish companies to adapt to each client’s needs, is critically important to the success of construction projects in Benelux.

To source your Irish Advantage, search the company directory and sign up to our newsletter to receive the latest news and insights in your sector.