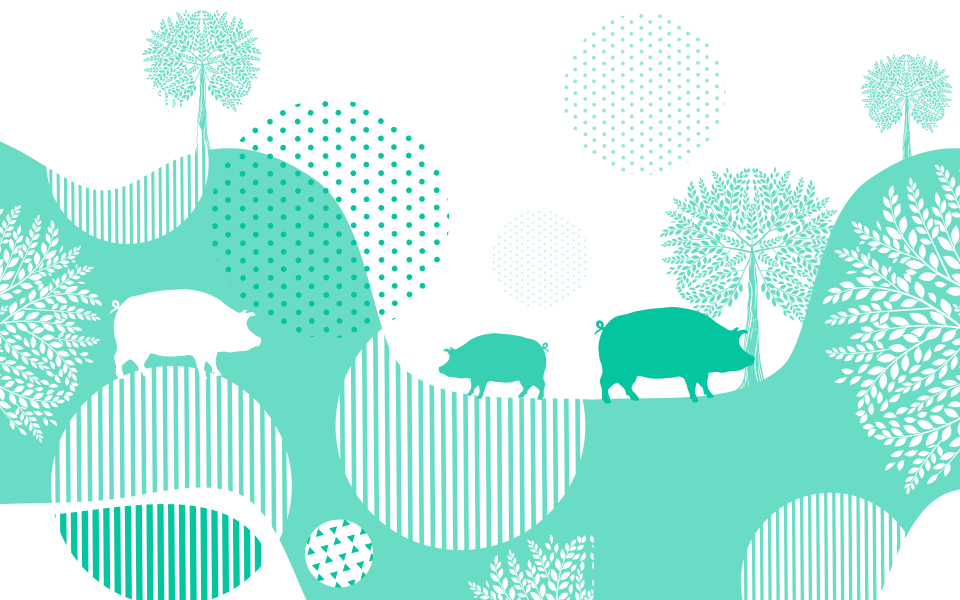 Diversification the name of the game at Oakpark Foods

In a relatively short period, Oakpark Foods has diversified its product range in order to win new business in Europe, reports Lorcan Allen of the Irish Farmers Journal.

Last year, Ireland shipped roughly 150,000t of pork to the UK, which was valued at €373m. This was more than half (56%) of all Irish pork exports last year, underlining the pork sectors reliance on the UK as an export market but also its exposure to Brexit.

Oakpark Foods, one of Ireland’s largest pork processors based in Cahir, Co Tipperary, has been exporting to the UK for more than a decade thanks to nationwide contracts with supermarkets Lidl UK, Morrisons, and Iceland. Of Oakpark’s €35m in turnover last year, almost 40% was generated from export sales with the majority of export sales coming from the UK.

In a bid to de-risk from the UK market, Oakpark managing director David Brett has been steadily steering the company in a new direction and is starting to build sales with new customers in mainland Europe.

However, developing new customers in Europe for a traditional Irish pork business is not straightforward. According to Brett, the company has had to adapt its product range to the tastes of European consumers as rashers and bacon joints are not widely consumed products in Europe.

Instead, Oakpark has started producing new product lines of streaky bacon and lardons on a much larger scale to win over more European customers. The company is midway through a €1m investment in R&D and new product development spread over three years, which has been supported by Enterprise Ireland, the trade and innovation agency.

At the same time, Oakpark has recently completed a major capital investment in a second processing facility located in Clonmel. Having acquired the facility in late 2017, Oakpark spent the next six months retrofitting and renovating the plant to bring it up to the BRC global food standard.

“We’ve developed the Clonmel facility to produce a completely new product for the company which is turkey bacon,” says Brett. “The market for turkey bacon is small in Europe but it’s growing rapidly because it’s a low fat, high protein product that appeals to the health-conscious consumer,” he adds.

Turkey bacon, which is effectively strips of turkey cut in the style of a rasher, is hugely popular in the US. As part of his research into the product, Brett spent time in the US studying the turkey bacon market and found that turkey bacon accounts for between 35% and 40% of total bacon sales in the entire US market.

The popularity of the product in the US coupled with its attractiveness to health-conscious shoppers convinced Brett turkey bacon could work in Europe. Since 2019, Oakpark has been producing turkey bacon from its Clonmel facility and has won customers in Ireland, the UK and the Netherlands.

“We’ve only dipped our toe in the water with turkey bacon but it’s so far so good. The volumes aren’t huge to start out with but the early feedback from consumers has been encouraging,” says Brett.

The biggest part of the capital investment into the new facility was buying the processing technology required to make turkey bacon.

“The equipment required to produce turkey bacon had to be sourced from the US and Canada. It required a significant investment but Enterprise Ireland really supported our plans and were able to assist us with capital grands on the new equipment,” he adds.

The biggest advantage of the investment at Clonmel is that it leaves Oakpark with the option to look at producing other white meat and turkey products down the line as opportunities present themselves.

While bacon and rashers are still the core business for Oakpark, it’s remarkable how much the business has been able to diversify its product range in a very short period. Since the Brexit vote in 2016, the company has expanded into streaky bacon and lardons aimed at customers in Germany, the Netherlands and Belgium, while at the same time it has taken its first steps into the white meat category with its turkey bacon offering.

It just goes to prove, there are always opportunities to be found in challenging times.

Despite the focus on new markets, the UK will continue to be a core market for Oakpark Foods. With the country only 60% self-sufficient in pork and relying on imports for 80% of its sliced bacon, the UK will always have an import requirement for pork.

As such, Brett and his management team have worked closely with Enterprise Ireland to Brexit-proof Oakpark Foods as much as possible. Through Enterprise Ireland’s ‘Act On’ initiative for Brexit, Oakpark has carefully mapped its full supply chain in terms of where it sources inputs such as plastic, cardboard boxes and other packaging.

Where possible, Oakpark has switched to suppliers in the EU in order to minimise the impact of Brexit on its supply chain. Oakpark was also awarded the status of accredited economic operator (AEO) by Ireland’s Revenue Commissioners, which will effectively allow it to fast-track the customs process as a so-called ‘trusted trader’.