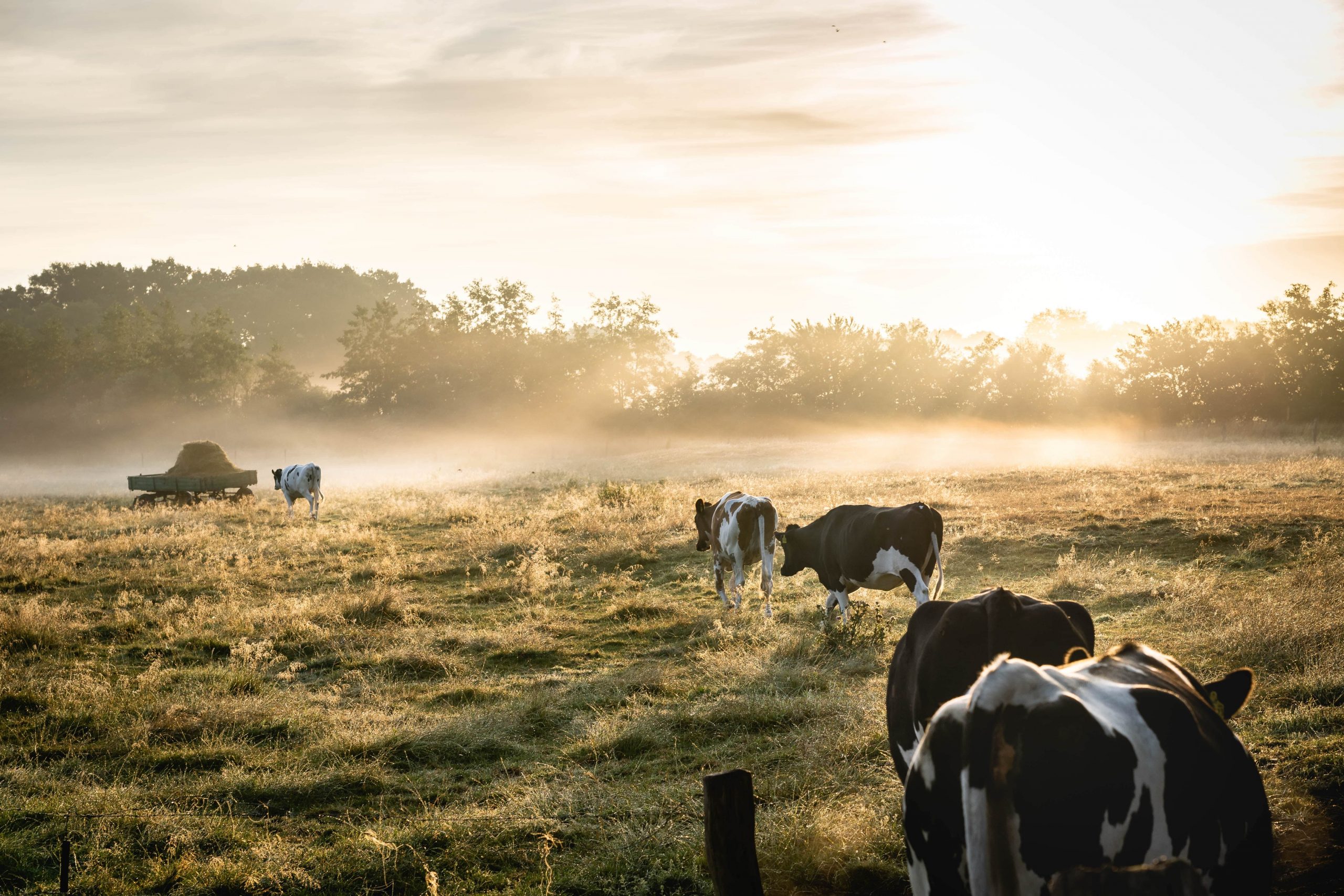 One in every two Irish cows consumes at least one of the products supplied by Cork-based animal nutrition producer, Nutribio.

Kenya may be as far removed from Kerry or Kilkenny as can be imagined but for dairy farmers of all hues, their concerns are universal – to keep a herd healthy, and to get the best yield possible.

Dairy comprises some 4 per cent of Kenyan GDP and accounts for 14 per cent of total agricultural GDP so it was a natural target market for Cork-based Nutribio looking to break out from well-trod UK and EU markets to the likes of Pakistan and East Africa.

Formed as a joint venture by Glanbia and DairyGold more than 25 years ago, Nutribio produces animal nutrition products focussed on the dairy herd. Typical products include complementary feeds such as Crytopguard to help calves fight off cryptosporidium.

‘Our expertise in this area actually goes back to the 1970s,’ said CEO Donal O’Sullivan. ‘We started with Co-Operative Animal Health as an active animal medicine business and Nutribio was formed in the 90s.’

‘Around 50 per cent of Irish cows eat something from our product range so we have a deep understanding of the nutritional requirements of dairy cows,’ he added.

It’s given the firm a deep understanding of what works in animal nutrition and the allied animal medicine sector and, in parallel, a significant wealth of knowledge in the regulatory and compliance environment in which these products have to operate. Working in the EU has its own advantages, says O’Sullivan, because clients from outside of the Eurozone seek out Nutribio as a partner on market entry under its contract manufacturing arm.

‘It’s a mature market with a lot of red tape and we’ve been able to help customers redesign their products so their products are still compliant with EU regulations and can guide them on packaging and so forth. We’ll then go on to manufacture for them and that’s how some firms can springboard into the EU market which has been very useful to us.’

But while the EU and the UK was a sizeable market for Nutribio the lifting of EU milk quotas in the past decade spawn internal conversations on gaining business in new markets. It was then that the firm’s valuable relationships with clients and partners began to pay dividends.

Nutribio had a strong relationship with Norbrook, the Northern Irish animal veterinary pharmaceutical company, and this partnership was to prove pivotal to gaining access to Kenya in East Africa.

‘We looked at all the different geographies that were of interest, the likes of India, China, South America and so on, and Kenya figured strongly. Norbrook were already in the capital, Nairobi and as a small company, we felt a collaboration was the best way forward. You really need to know what works on the ground in a new market.

Nutribio had already availed of strategic business supports from Enterprise Ireland which would help the transition such as Innovation for Growth and Leadership for Growth.

‘These were brilliant, actually,’ said O’Sullivan. ‘Because they gave us the tools and common language within our organization to be able to tackle this market entry. It creates an internal company culture that is not only common to us and our own goals but translates to a recognisable vocabulary when dealing with partners and targets in our new market.’

It meant the firm, with Norbrook’s local knowledge, was able to start the long process in 2015 of preparing to go to market in Kenya and the wider East African region.

‘We did all the usual stuff,’ said O’Sullivan. ‘Market research, product testing, trials, feedback, working out if there was value, not just for us and our customer, but for all the partners in the chain. It looked good so we went to market.’

‘It’s never a one-size-fits-all and when you go to market in this way it’s not an instant prescription with a result; you have to think of these as a set of tools in your toolbox.’

The work on the ground in Kenya led to the firm developing milk booster Nutrilick to improve milk production. Nutrilick has successfully increased the daily yield per cow at a cost-effective return for the farmer, and, on average farmers achieved an increase of 2 litres per cow per day. This increase equates to approximately 600 litres more milk per cow per annum, a sizeable gain for the Kenyan farmer.

Entry was successful and O’Sullivan was taken aback by the appetite of the African dairy farmer’s willingness to engage with new technology.

‘There were, obviously, some different nutritional requirements but what struck me was the thirst for knowledge among the customers. They are direct and rigorous in their questioning and it can come as a bit of a shock but they really wanted to get to the heart of all the science and make sure we could back up our claims. It was refreshing.’

Mawalimu Lawrence Njuguna Munyua, a farmer from Kiambu County, said he saw returns within three months. ‘In that time fertility was super, all my animals came on heat, the high levels of energy in the block has given me 2-3 litres of milk extra. The product is extremely palatable and my animals look shiny and happy. I have also seen a reduction in the amount of concentrates I was using from 12kg to 5-6kg saving money while improving profit.”
By 2019, Nutribio was able to go to full launch into Kenya and the air miles for the senior management team and O’Sullivan was worth it.

‘People talk about shoe leather in the context of sales and, you know, its not a cliche to say that you’ll wear out your shoes doing all of this. But, you have to, really. The end result is worth it,’ he added.

And O’Sullivan is glad they acted when they did. When they set out on the route to the new market they had no idea that within less than 12 months of finally securing entry, Covid would strike.

‘For us, the hard miles had already been done, and we can Zoom or Microsoft Team-it with clients and partners now. But nothing beats face-to-face. It’s certainly unsettling times, but at least we know we’re all in the same boat. We can still service existing relationships but for us, as we grow, what about the start of the pipeline? What about new customers? New partners? That’s the challenge.

It could almost be Nutribio’s own company motto.