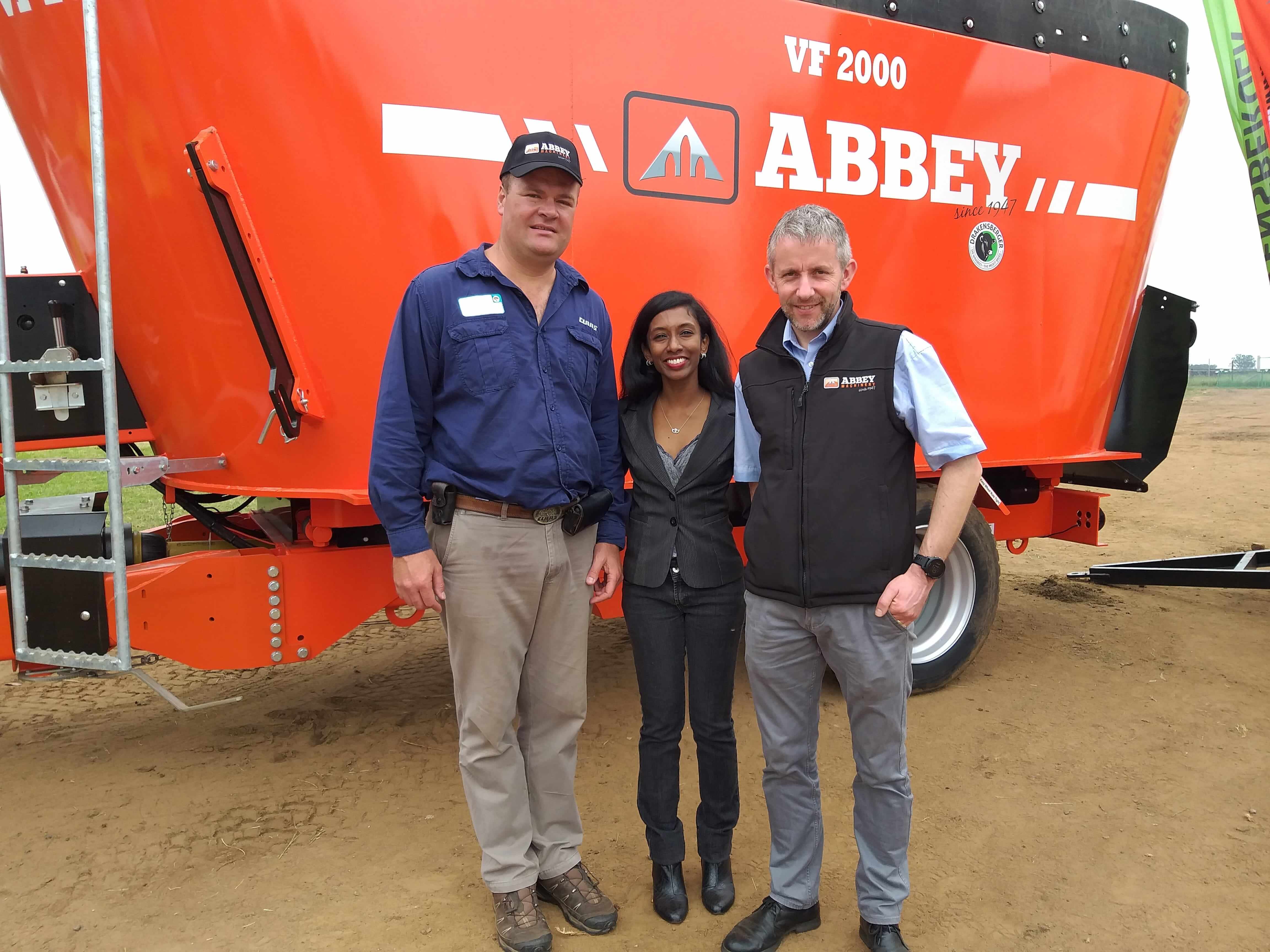 Agricultural manufacturer Abbey Machinery is targeting growth in South Africa after its diet feeder machines proved their mettle with farmers in the country’s demanding highveld.

The Tipperary agricultural machinery manufacturer sold a VF2000 feeder machine to a large farmer in the Mpumalanga province, South Africa, last November and has since exhibited the same product to other farmers, including at a major agricultural show.

The machine’s ability to mix tough indigenous hay with other feed at low horsepower has been well very received from South African farmers and Abbey Machinery is now fast-tracking plans to develop South Africa as a new export market.

The opportunity emerged when South African agricultural machinery dealer Nico von Wielligh contacted Abbey on behalf of a South African. The dealer and farmer travelled to Abbey Machinery’s plant in Toomervara in Ireland’s County Tipperary to see the range of diet feeder machines, resulting in purchasing of the VF2000 feed mixer.

Michael O’Grady, Sales, Marketing & Business Development Manager at Abbey Machinery, explains: “The customer started using the VF2000 around November 2018, and the feedback has been really, really positive – they’re really, really happy. The farmer has Drakensberger cattle – an indigenous breed of cattle in South Africa – which are fed on Eragrostis hay; it’s quite a difficult material. It’s a very wiry type of grass, and even more so when you turn it into hay, and our [Abbey Machinery’s] diet feeder is handling the hay superbly.  The farmer is mixing the hay with other feed and finds that cattle performance and health, as well as the use of the hay is better. He is very happy and it’s been a great start for Abbey Machinery in South Africa.” 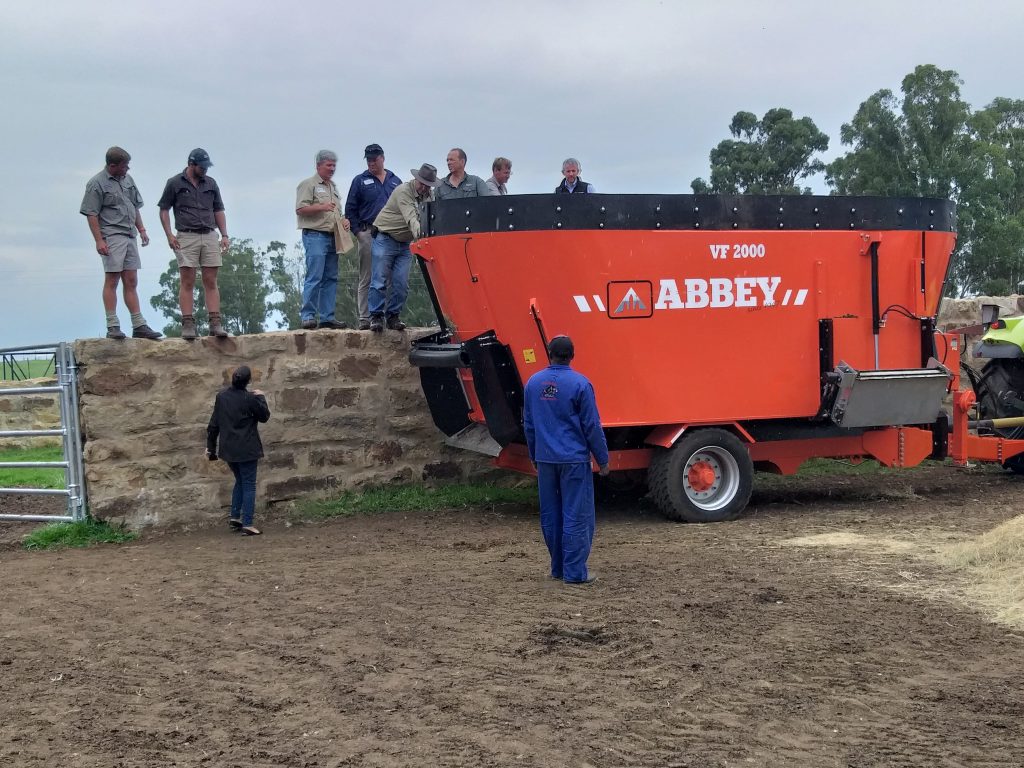 A demonstration of the Abbey Machinery feed mixer, that was purchased by the South African farmer, during the conference in Ermelo.

Michael travelled to South Africa in February 2019 to officially launch the diet feeder at the Drakensberger Cattle Breeders Society meeting, which was held on the customer’s farm.

He says: “I went down for the week and met customers in the market we’re targeting, which is the commercial farms and the mega farms. We did a demonstration and they liked the quality of the machine. They liked how well it was built and they liked even more how it was able to handle the feed.”

“There’s lots of competition – we’re not the first foreign agricultural machinery manufacturer in the market – but from the feedback we’ve gotten there isn’t much that can challenge how our machine handles the feed at such low horsepower and with such ease. That has great benefits because the farmer can get more out of his hay and he can get more out of his animals with the VF2000 feed mixer especially when the grass doesn’t have enough nutrition in it.”

Nico von Wielligh is now partnering with Abbey to roll out the brand across South Africa.

He said: “It’s been a very good start, so the challenge now is to leverage the positive start. We have launched the machine and are now taking the brand out to Mpumalanga and then working it into the other provinces. Farmers in South Africa are very seasonal in the way they spend their money. Our crop comes off normally at the end of June-July, so we are expecting some sales of machines later this year. They’re looking to invest in good quality machinery and they’re willing to pay for quality.” 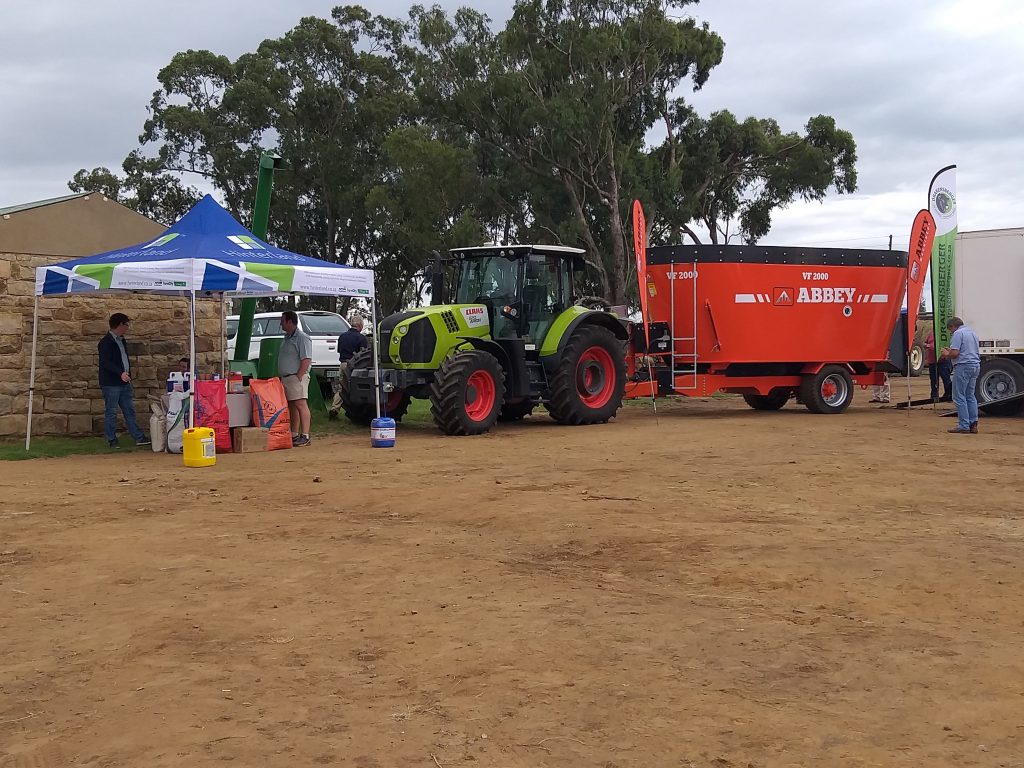 The Abbey Machinery feed mixer on display during the farmers conference in Ermelo,

Dr. Govender said: “The agri sector is key to the economy of South Africa and there is a need for high-end agri-equipment like Abbey Machinery’s products to provide efficiency and effective results for farmers. Michael’s engagement with Mpumalanga farmers and potential buyers provided insight into issues that farmers have with current equipment, and also indicated the value that Abbey Machinery would bring to South African farmers. Along with Abbey’s South African partner [Nico], I will support Michael and the Abbey Machinery team to engage further with potential buyers and partners to create awareness of the range of products and support the uptake in country.”

Pollinate to dominate: how ApisProtect became an agritech success

How investing in R&D keeps Abbey Machinery lean and greeN