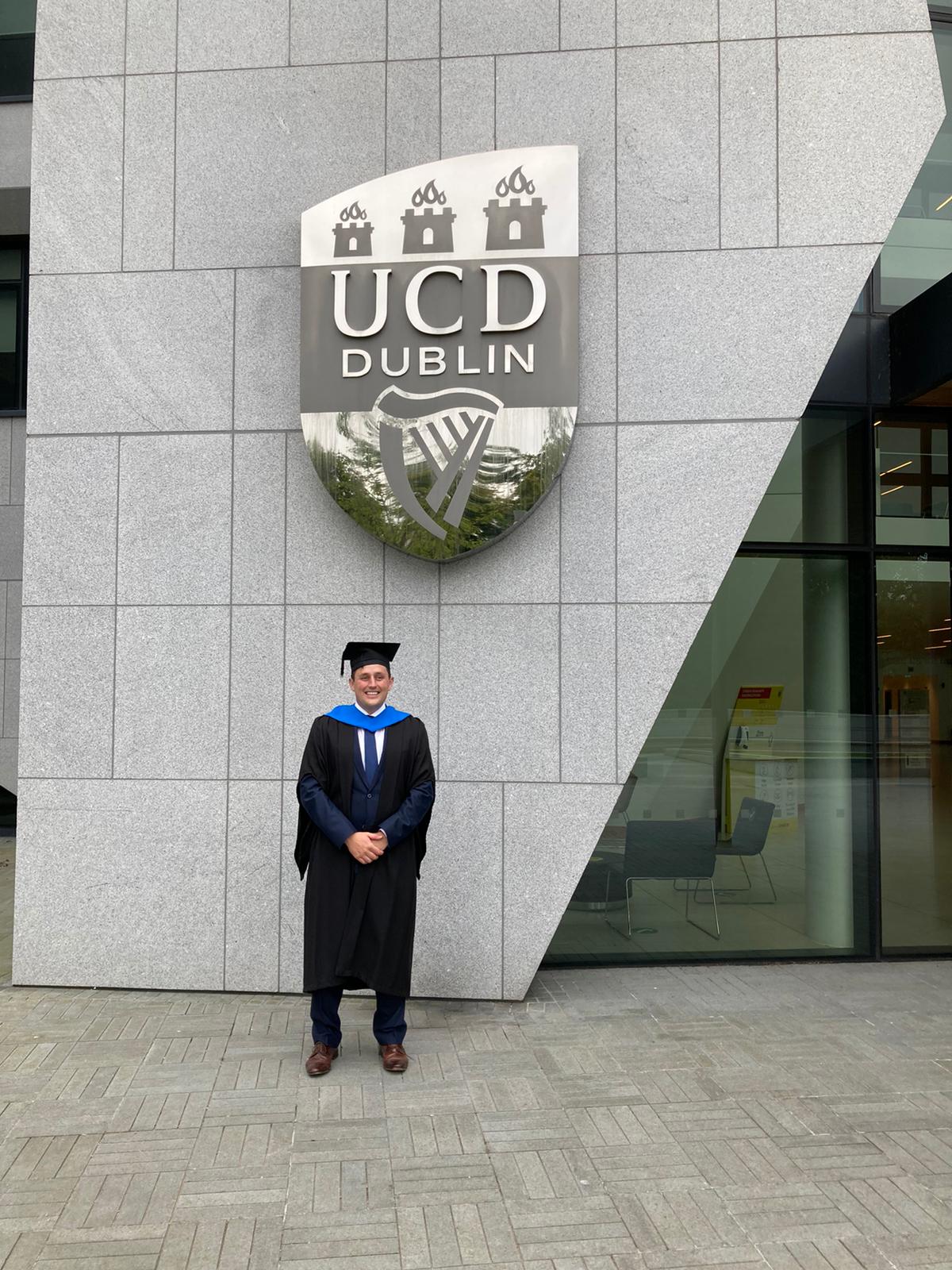 We are thrilled that Richard Flood will be joining our Sydney office next month as our new Market Executive. We sat down with Rich this month to find out what motivated him to work for Enterprise Ireland, his greatest achievement and his aspirations for the future.

Rich, what first motivated you to work for Enterprise Ireland?

I was first motivated to work for Enterprise Ireland because I have always known that I wanted to work in an industry that has a positive and impactful mission. Enterprise Ireland’s mission of accelerating the development of world-class Irish companies to achieve strong positions in global markets resulting in increased national and regional prosperity was a key motivator of mine for applying for the international graduate scheme.

When I was researching the sector and Enterprise Ireland, I realised that I could be responsible for helping world-class Irish companies and Entrepreneurs grow their businesses, hire new employees and export overseas. Being able to help people get employed, and develop Irish national businesses into global businesses were real tangible rewards of working in this sector. Being able to do this while also furthering the reputation of Ireland globally made applying for the graduate scheme an easy decision.

A key reason why I applied for this role was that I felt that the opportunities to make a difference are endless. This was a major motivation for wanting to work for Enterprise Ireland. I felt that having the opportunity to play a small role in helping an entrepreneur realise their global ambition and help someone get employed in a world-class Irish company would to me be making a vital difference and was a major attraction of the graduate scheme.

I have always wanted to live overseas and work in a company where no two days are the same. When I was contacting graduates who are currently working for Enterprise Ireland the overwhelming response was that the job is extremely versatile and offers interesting opportunities that are different to other more traditional programmes. However the biggest motivator for applying for this role wasn’t the versatility or unique opportunities this scheme offers, it was the overwhelmingly positive response from the current and past graduates.

What are you most looking forward to when you arrive to Australia?

I was lucky enough to live in Australia in 2015 working for St Ignatius College Riverview as a young teaching assistant with a few friends of mine before we started our undergraduate degrees in university. What I have missed most since leaving Australia surprisingly has been Vegemite. I have just finished at Queens University Belfast and I have searched Belfast high and low and couldn’t find any. So I’m looking forward to being able to buy vegemite again.

I have also really missed the lifestyle and quality of life in Australia. The good weather and the ability to get outside and be active is something I’m looking forward to. When I was in Australia I was lucky enough to coach and do some sailing. Being able to hop on a boat in a pair of shorts and a t-shirt instead of the millions of layers we normally have to wear is pretty spectacular. This is something that I’m looking forward to getting back into when I get out there.

I also feel like there was a lot of Australia that I still haven’t seen. Over the last few weeks, I have been developing a list of places and things that I missed the last time I was in Australia. The top of the list is Melbourne. I didn’t get down to see it last time and I have heard that it is a great city. Sydney is also a great hub for international travel and I am looking forward to doing some travelling when I get out there.

What was your first job?

My first job was working as a waiter in Deli Lites in my home town of Warrenpoint in Co.Down. I was sixteen and they very kindly offered me my first role. Deli Lites were great as they taught me lots of key skills such as coffee making, punctuality and how to wipe tables. I really enjoyed working there and returned for three more summers. It was great to get this experience on my C.V early as it helped me through University when I was applying for and working part-time jobs.

Deli Lites is a very interesting company as it is a major success story in the Irish SME sector. It was started by four sisters with one shop in Newry. It has since expanded and is a major supplier of pre-packaged sandwiches to several major corporations such as Costa Coffee, Tesco and Sainsburys. It currently employs over 300 people in its factory and base of operations in my home town of Warrenpoint. It was here where my interest in Irish enterprise first started.

What would you regard as your greatest achievement to date?

My biggest achievement to date was the completion of my Thesis as an undergrad. I completed my history thesis on the reaction of the Irish newspapers to the Sunningdale Agreement. This taught me many key life and work skills such as the importance of consistency and research. Ensuring that you can consistently work on projects over time was a very important skill and translates into all aspects of life. I enjoyed presenting my thesis to my peers and professors. Being able to take a well-researched argument and defend it was great. This was a new aspect of the university that we hadn’t engaged with before and being able to debate and discuss ideas in depth was very enjoyable. My thesis is something I am immensely proud of.

In three words or less, how do you define success?

What’s the best piece of advice you’ve ever been given?

The best piece of advice that I received was from my father and it was  “Panic Early”.It doesn’t literally mean to panic about something as early as you can don’t worry. It instead means that if there is something important that you need to do properly start it as early as possible and consistently work hard on it. This means that if things, as they sometimes tend to do, go wrong you are as prepared as possible to deal with the issues.

If you could step into the shoes of one business person for the day, who would it be and why?

The second answer is Elon Musk. Simply to understand and see his level of thinking. Elon Musk is currently solving about four of the major issues in the world if not more all at the same time. He clearly has an extremely interesting way of thinking and assessing things. I think it would be one of the most interesting days of your life to spend a day inside his head.

How do you relax?

I was privileged enough to grow up in the foothills of the Mourne Mountains. These are a Mountain range in south Down that sweep down to Carlingford Lough. I enjoy climbing them and it is one of my go-to ways to relax. Putting on a good podcast normally You’re Dead To Me from the BBC or Short History Of and taking an hour or two to hike the Mournes with my dog has always been a great way to destress post work or studying. The Mournes are beautiful and I would highly recommend visiting them for anyone returning to Ireland.

What are your aspirations for the future?

A core long-term career goal of mine is to become a leader or manager within an innovative global business or organisation. I personally would love to have a long-term career within Enterprise Ireland as they are a great organisation. However, the opportunities the graduate scheme offers are endless and wide-ranging. I have no doubt this scheme will give me a great start to achieving my goals.

Finally, if you could invite three people to dinner who would they be and why?

The three people that I would invite to dinner are:

Aryza's opportunities within the Australian Market.