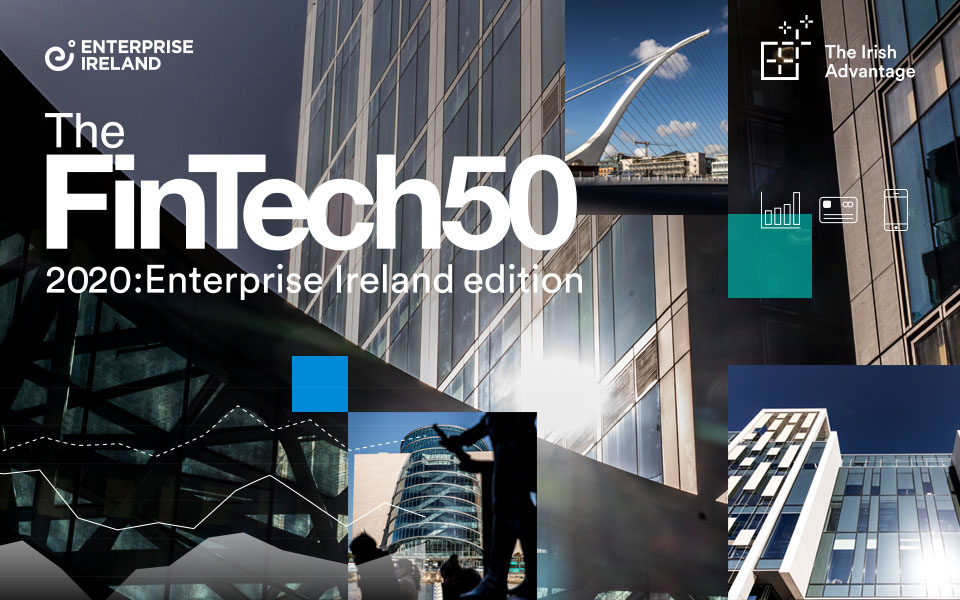 Irish fintechs take over The FinTech50

Enterprise Ireland has taken over the first special report published by The FinTech50, creator of the prestigious top 50 fintech innovators’ list.

Launched in 2013, The FinTech50 was the first list in the world to recognise fintech innovation in Europe, and is recognised as a globally important fintech organisation.

The FinTech50 2019 list, which was published in September, was selected from thousands of fintechs across Europe, and includes both TopTen and HotTen breakout lists.

Swoop is just one of a number of Irish success stories included in the publication, which features insights from key players in the industry.

Eoin Fitzgerald, senior development advisor fintech at Enterprise Ireland, explains how Ireland emerged as an international fintech powerhouse. Not only is the sector a government priority, he explains, but the agency is itself an active investor in fintech start-ups.

Jack Finucane Clarke, Enterprise Ireland’s London-based market advisor for financial services, shows how the use of deeptech, such as artificial intelligence and distributed ledger technologies, is increasingly enabling Irish start-ups to disrupt the sector globally.

He explains how the success of early fintech pioneers, such as Fexco and Monex, helped pave the way for a new generation of innovators such as Cambrist and MiFinity.

Ireland is blazing a trail in ‘fintech for good’ too, he says, with a number of companies addressing the world’s un- and underbanked, including gig economy solutions provider Trezeo and AID:Tech, who has pioneered the use of blockchain to deliver aid to refugees.

The Enterprise Ireland edition also looks at how Irish fintechs are using deeptech to help some of the world’s biggest financial institutions meet their regulatory and compliance obligations. This includes companies such as Governor Software and Gecko Governance, who uses blockchain to create integrated regtech solutions for managing compliance in the funds industry.

As well as providing analysis of the challenges facing fintech around the globe, the publication captures the opportunities the sector faces in 2020 and beyond.

Launching the Enterprise Ireland takeover edition, The FinTech50 founding director Julie Lake said: “One of the best things about The FinTech50 is the inspirational stories that emerge each year from our master list of 4000-plus innovators worldwide. We can’t cover them all, so this year we are opening up our platform to give others the opportunity to tell their unique stories in their own unique voices.”

Welcoming Enterprise Ireland as its first invited curator, she said: “Fintech in Ireland is not only punching, it’s diverse and it’s scaling, with 32% of companies anticipating growth of between 100 and 500% this year. Enterprise Ireland has invested in over 80 fintech start-ups since 2014 and its portfolio of 200-plus financial services and fintech clients generated over €1 billion in revenue in 2017.”