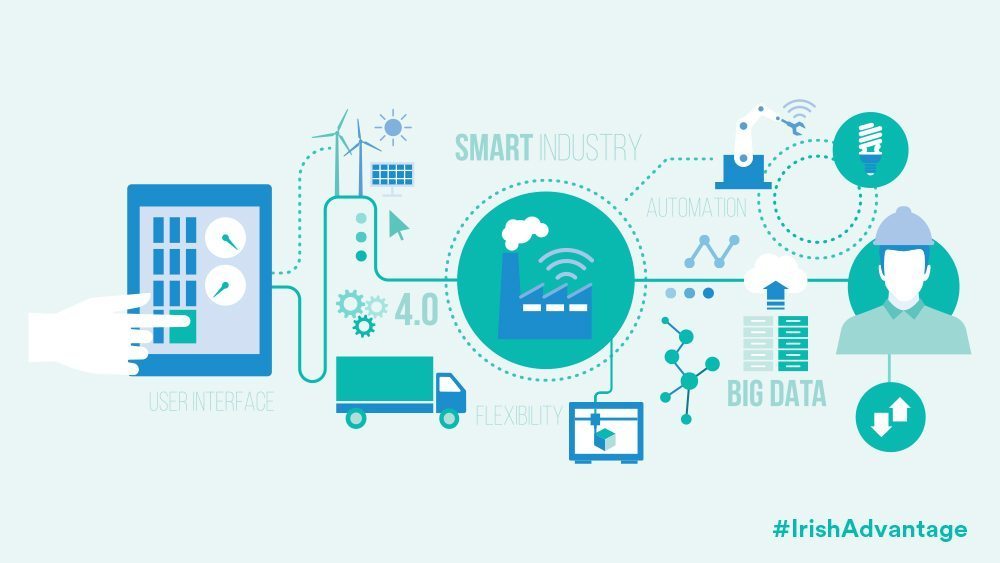 How Irish companies are making the most of IoT opportunity

Robert Bushnell, senior development advisor in digital technologies at Enterprise Ireland, describes how Irish companies are poised to play a leading role in the development of IoT technologies.

Ireland is well placed to benefit from the anticipated growth in internet of things (IoT) solutions in the coming years, principally due to the impact of an exceptionally strong cohort of dynamic companies with expertise in the key core telecoms and information and communication technologies which underpin them.

The relevance and importance of this expertise should not be underestimated. Despite some of the grandiose claims made for it, IoT is a new iteration of traditional telecoms technology. While in the past the technology was used to connect people, it is now increasingly being used to connect things as well.

The advent of 4G and 5G communications technologies will enable the connection of vast numbers of devices with built-in sensors to gather data that was previously unavailable, or at least difficult and costly to obtain.

One issue to consider is that much of that data will be of little, or no use, to the companies and organisations collecting it. Just because a technology exists doesn’t mean a company has to use it. There should be a business case for the application of IoT. In many ways, the decision can be redefined by a rule termed the ‘internet of important things’. If the data being gathered, or connections being made, add value to the business, the technology should be used. Otherwise it should not.

That is the relatively small and highly-specialised niche in which world-class Irish companies are developing international reputations. Those companies are largely focused on the industrial space, providing solutions to a range of sectors, including transport, logistics, manufacturing, engineering, and utilities. Irish IoT companies do not, in the main, operate in the relatively low-value consumer space.

The phrase “trains and boats and planes” is quite relevant to them. Developments in IoT are enabling entire trains to be connected, beyond just passenger wifi and movies streamed in displays in seat backs. IoT technology is also being used to connect all of the mechanical aspects of the train – the motors, contact with the track, various sensors in the carriages and the locomotive, while collecting data from each to help improve safety and efficiency. Wifi is also now available in the sky for aircraft. While aircraft manufacturers have been connecting up avionics for quite a while, wifi services for passengers are new.

8West is an Irish company that has made great strides in maritime IoT, particularly in the area of search and rescue. An individual can wear a chip in a standalone device or the chip can be incorporated into a life preserver, which enables remote tracking. If the wearer gets into difficulty, a drone is sent out to hover over them and alert rescue teams to their position. The drone can also drop supplies down to the wearer if needed. The technology also has applications in vessel tracking, which will prove very useful in areas such as logistics and security.

Irish company Druid is connecting up the entire port area of Rotterdam, one of the largest ports in the world. When complete, the connections will allow for the tracking of containers within the port, as well as the use of autonomous vehicles.

Asavie works with some of the world’s leading mobile network operators, including AT&T, Telefonica, Vodafone and Verizon, and hardware manufacturers, such as Dell and MultiTech. The Irish company specialises in making secure connectivity simple for businesses, notably in the energy sector. Asavie has helped a global energy intelligence management company to securely connect thousands of industrial companies to energy utilities in order to offer on-demand, real-time energy demand response services.

Davra Networks is involved in a major project with the San Diego metropolitan transport system to connect their trams and collect useful data that hadn’t been available before. The company is also involved in a potentially life-saving solution for a Mexican mining company. As mines contain reservoirs of water to help minimise dust, when reservoirs overflow, lives are lost. Davra’s platform monitors reservoirs and builds in local weather data, opening pumps to prevent floods. They do so by creating a digital twin of what is occurring in the real world.

Other exciting Irish companies in the IoT space include Cubic Telecom, which is running the whole connected car network for Audi in Europe, and Taoglas, which is doing some very interesting work on embedding antennae into windscreens.

These companies are supported by an exceptionally strong academic research base in Ireland, as well as world-class research centres including the Connect Centre in Trinity College Dublin and the Nimbus Centre in Cork Institute of Technology, which are producing very interesting work in areas such as specialist IoT communications and sensor layers.

These research efforts, combined with the existing cohort of established and emerging companies with expertise in the technology, have helped create a vibrant IoT ecosystem here in Ireland which places the country in a very strong position to play a leading role in this area in the coming years.

The future of transport: easy, efficient and sustainable