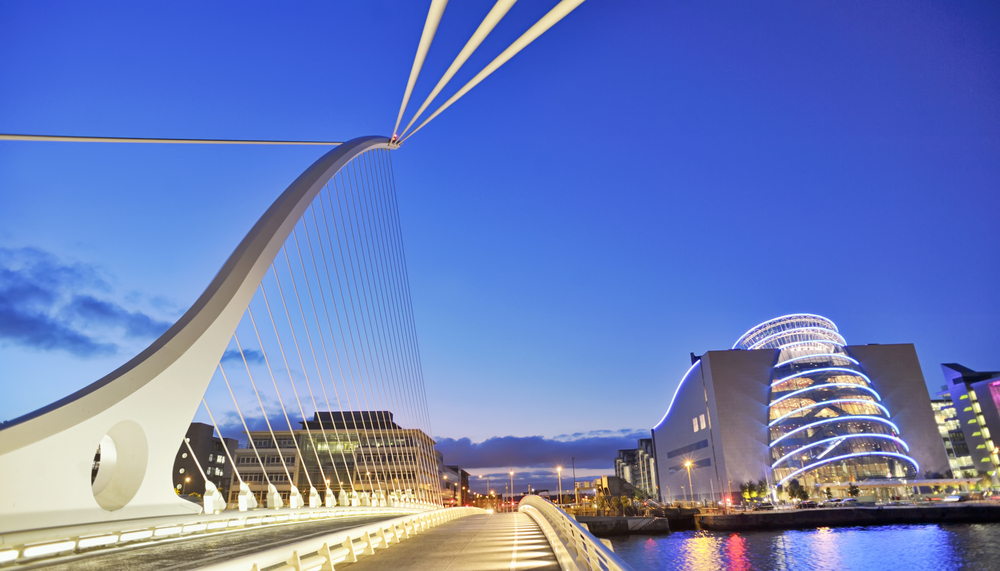 Ireland is Number 1 in Europe for AI

A new survey of EU Member states has found that Ireland has the highest share of enterprises in Europe using artificial intelligence.

The report, which was published by Eurostat in April 2021, is just the latest indicator of the strength of Ireland’s thriving deep-tech sector, of which artificial intelligence is just one strand.

A number of elements are driving this success.

“We have a number of the world’s largest technology companies here, many of which have been progressing machine learning and artificial intelligence through their R&D activities. These have built up a lot of expertise in these areas, both bringing experts in from abroad and upskilling people in Ireland,” explains John Durcan, senior technologist at Enterprise Ireland.

“Very often people gain a significant amount of deep-tech experience working within the MNC sector before leaving to go out on their own to develop very specific niches arising from that.”

A strong focus on deep-tech at third and fourth level supports them, including universities and institutes of technology plus government backed research centres. These include Neuroscience Ireland and CeADAR, Ireland’s one stop shop for innovation and applied R&D in AI, machine learning and data analytics. Research centres such as CeADAR (founded 2012) are set up when an emerging technology looks like it will impact industry.

“All of these centres are very proactive in encouraging businesses to engage with machine learning and AI,” he says.

It was exactly this deep-tech focus that helped Ireland develop its world class fintech sector, he points out.

“In a way it started in Ireland with fintech. Deep-tech fits very well into fintech, and fintech as a sector is one which is very good at adapting innovative technologies quickly. Now we are also seeing deep-tech extending rapidly into other areas such as healthcare and life sciences, agriculture and manufacturing,” says Durcan.

New initiatives are driving Ireland’s deep-tech agenda forward. Trinity College Dublin has launched Alsessor, an artificial intelligence accelerator programme to support starts-ups in the growth and commercialisation of businesses in areas such as digital health, fintech, insuretech and regtech, as well as retail.

The University of Limerick is pioneering a new kind of computer science education with the launch of its integrated undergraduate and master’s degree, in partnership with more than a dozen technology companies including Stripe, Zalando, Soapbox Labs and Fenergo.

All this activity is adding to Enterprise Ireland’s strong pipeline of High Potential Start Ups in the deep-tech space.

“We are seeing a good number come through with strong artificial intelligence capabilities. Whereas three years ago AI was being pitched very broadly, we are now seeing companies emerge with AI for very specific business niches, and that’s good because that’s where we get the real value out of it,” he says.

“It’s a really clever solution that gives clothing retailers the kind of recommendation features that we see in Amazon or Netflix,” he explains.

It’s also part of a trend emerging whereby niche AI solutions are offered as service. “It’s almost plug and play now, giving you the benefits of the deep-tech without having to hire data scientists and software developers yourself.”

Accountable AI is an area of growing concern in the EU and one which, like GDPR, is likely to see regulation rolled out worldwide. It’s also an area Ireland is building up significant expertise in, says Durcan.

Funding for the future

Enterprise Ireland is funding deep-tech, both through its deep-tech Competitive Start Fund and its Euro 500m Disruptive Technologies Innovation Fund.

“The DTIF in particular has a really big focus on next level, future R&D,” says Durcan.

“It encourages companies to go beyond their normal service, looking three or four years ahead, to encourage companies to work together in a collaborative way with MNCs, third level, and other SMEs.”

It is that cross-sharing of knowledge that is really driving the adoption of AI in Ireland, he says.

“We are increasingly seeing not just a cross sector of companies involved in DTIF projects, but a cross sector of sectors, such as satellite data technology companies working with agriculture companies, so that solutions devised for space could be used to help with weed control,” he explains.

DTIF helped fund the new Quantum Computing in Ireland (QCoIr) initiative which has catapulted Ireland into the European forefront of quantum computing research.

Meanwhile a growing number of Irish companies are successfully commercialising deep-tech innovation in all sorts of ways.

VRAI for example provides virtual reality simulation training, using data insights to deliver not just authentic, immersive experiences but ones which are personalised to the participant, doing away with traditional one size fits all training.

With so much going on, at so many levels, it’s no surprise that Ireland has topped the Eurostat poll. As Durcan puts it, “We have a nice deep-tech eco-system here.”

Ireland is Number 1 in Europe for AI