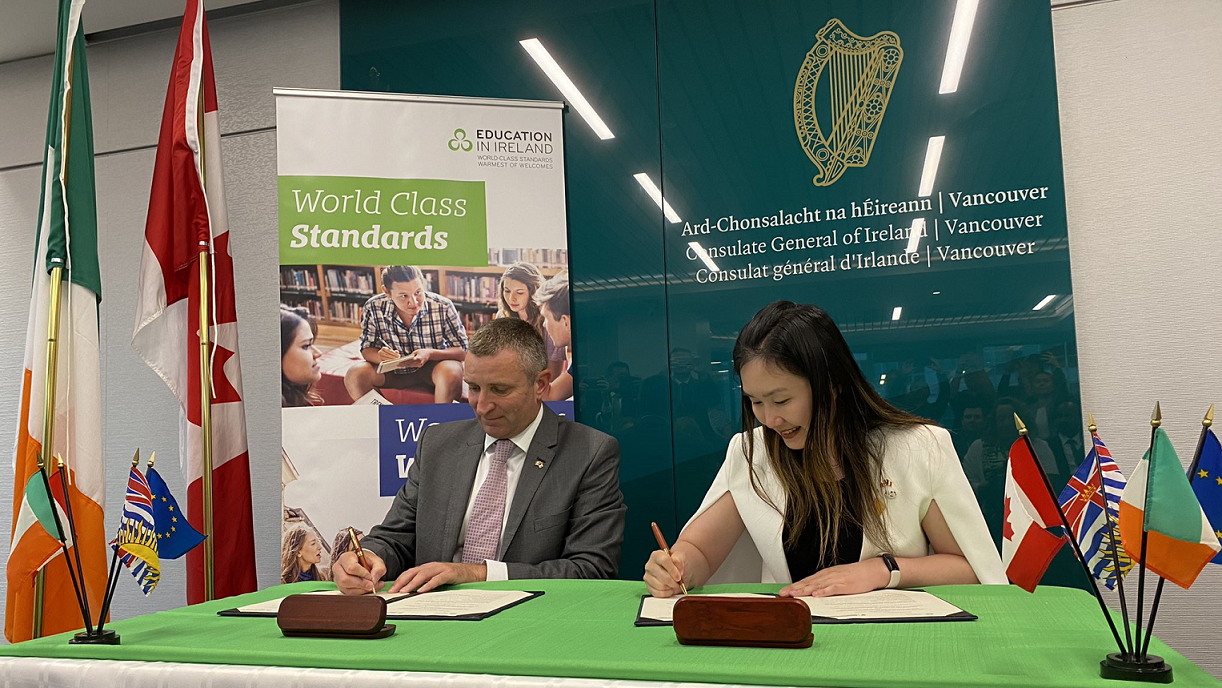 “Through the Memorandum of Understanding, both Ireland and Canada are firmly declaring the importance of person-to-person engagements to the deepening of international relations in further and higher education between our two countries,” said Minister Collins. “It reflects our shared culture and ties, and demonstrates our willingness to share learning in education and research to improve our students’ knowledge.”

Enterprise Ireland, the Irish government’s trade agency, under the managed sub-brand of Education in Ireland, are responsible for the promotion of Irish higher education institutions overseas. With agreements spanning various programs, faculties, and disciplines, the MoUs reinforce the institutions’ commitment to creating opportunities for student and faculty exchange, programme development, professional development, joint research programs, and more. The partnerships are an example of the growing bilateral relationship between Ireland and Canada and are a key facet of the internationalization strategy of Ireland’s Department of Further and Higher Education, Research, Innovation and Science.

“The signing of these MoU’s signifies the ever-expanding bridge between Canada and Ireland,” said Giles O’Neill, Director, Education in Ireland. “These partnerships encourage the exchange of culture, knowledge, and ideas by students and faculty between these two countries. We are keen to continue to build on the existing links between Ireland and Canada, giving all learners a diverse and international experience that sets them up for a bright future.”

As part of the BCCIE’s International Education Week conference, Minister Niall Collins T.D. delivered a keynote address at the opening of Ireland Day on Tuesday 28th. In addition to participation at the conference, throughout the week, MoU agreements were signed between the following parties:

“We’re delighted to have the Hon. Anne Kang, British Columbia’s Minister of Advanced Education and Skills Training to witness the MoU signing between Ireland and BC Education.” says O’Neill. “As the second only BC Education MoU with another European country, this signing indicates a step towards deepening our ties with the province, sharing experiences, and accelerating collaboration in all aspects of skills, training, research and educational skills.”

There currently are 135 agreements in place between Irish and Canadian HEIs. Education in Ireland is actively working towards expanding the number of educational partnerships in Canada.