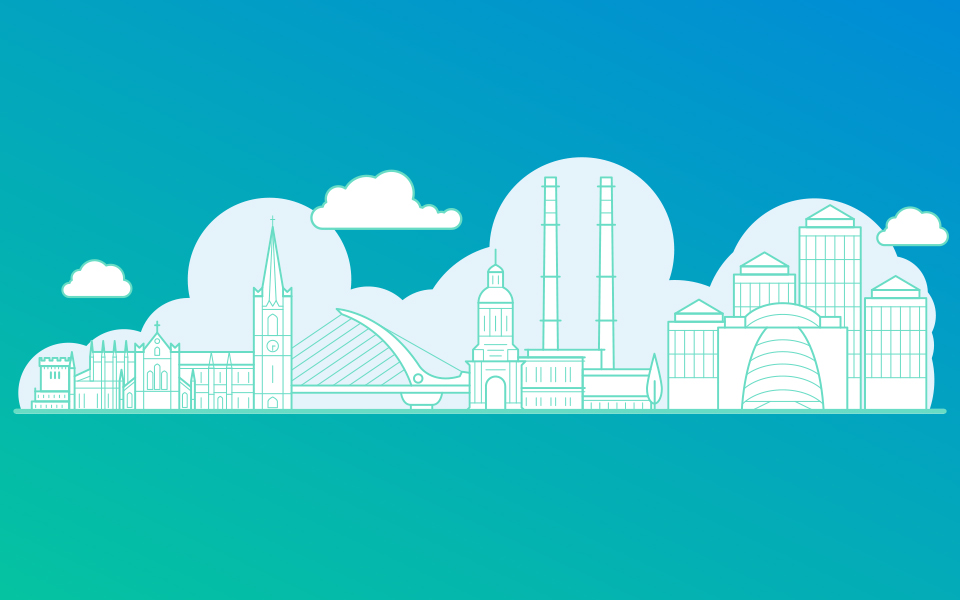 Dublin’s importance as a global hub for business is increasing significantly, according to a highly regarded annual report by leading management consulting company AT Kearney. The 2019 Global Cities Report indicated that while New York, London and Paris remain the world’s most competitive cities, their dominance is being increasingly challenged by advances across Europe, Asia and the Middle East – and made special mention of the impressive progress made by Dublin.

The Global Cities Report ranks the world’s major cities on their attractiveness for businesses and employees, It includes the Global Cities Outlook Index, which ranks cities primed to be the next generation of global hubs. Dublin featured highly in 2019’s Outlook Index, jumping a huge 24 places to ninth position, behind London, Singapore, San Francisco, Amsterdam, Paris, Tokyo, Boston and Munich. 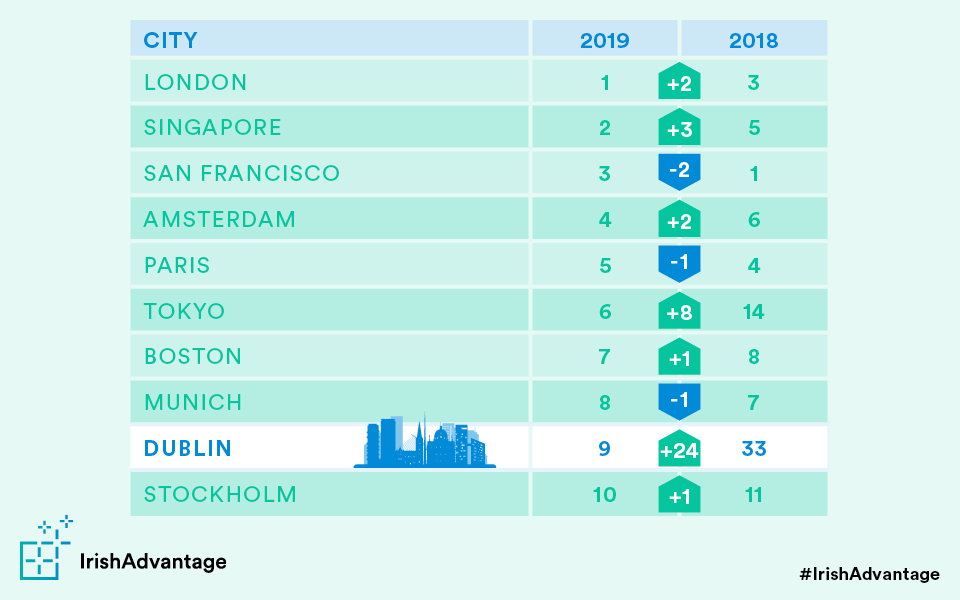 “The Irish city’s impressive performance is spurred by big gains in economics and innovation, reflecting Dublin’s rise as a global tech destination and its prospects for the future,” commented the report on Dublin’s meteoric rise.

Dublin increased its position significantly in every metric: personal wellbeing, economics, innovation and government. In particular, the city jumped 33 places in the economics metric, to fifth place in the index. 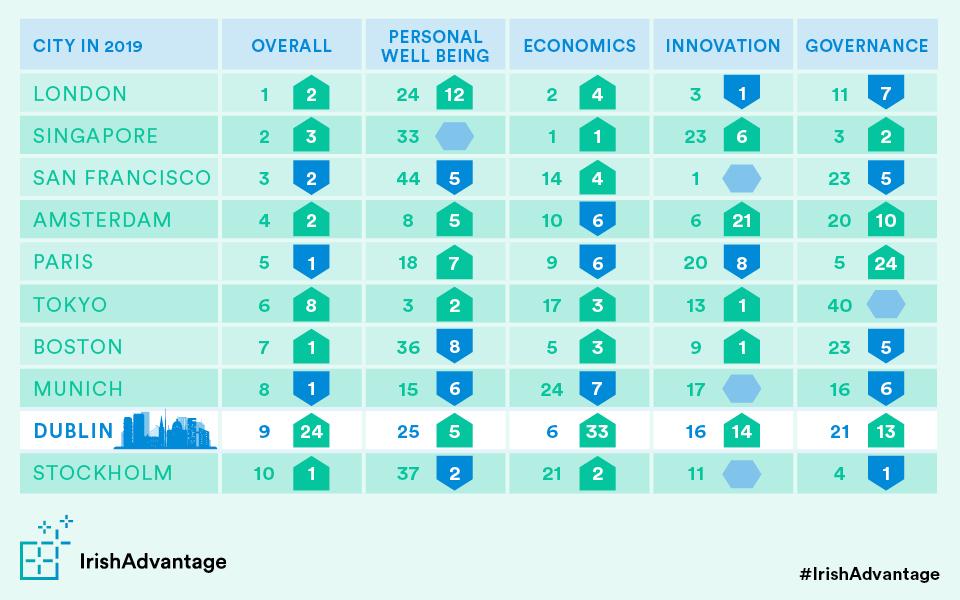 “We view Dublin’s strong performance in the 2019 AT Kearney rankings as validating the commercial trends we can see on the ground,” said James Croke, a development advisor for BPO and IT Services at Enterprise Ireland, the trade and innovation agency. “Enterprise Ireland-backed companies in the ICT, fintech and services sectors, who invest in innovation and technological capability are continuing to accelerate their international growth. Underpinning this technical capability is Ireland’s innovative, well-educated and technically agile workforce.”

The yearly report reveals which cities are currently the most competitive in several key areas, including business activity, culture, human capital, political engagement and information exchange. These are recognised as the factors that have turned cities such as San Francisco, London and New York into bustling global hubs that attract people and businesses.

Dublin looks to the future

While the Global Cities Index reflects the current performance of major cities, the Outlook reveals which cities are primed to be the next generation of global hubs. This year, despite uncertainty regarding Brexit, London’s steady performance brings it to the top of the Global Cities Outlook, up from third in 2018.

Although performance across leading European cities has stalled, an exception is Dublin, indicating that Ireland is becoming a popular choice for international business partners. The report concluded that up-and-coming cities should look to encourage the development of human capital. Dublin’s big jump in the Outlook proves that the city is on the right track.