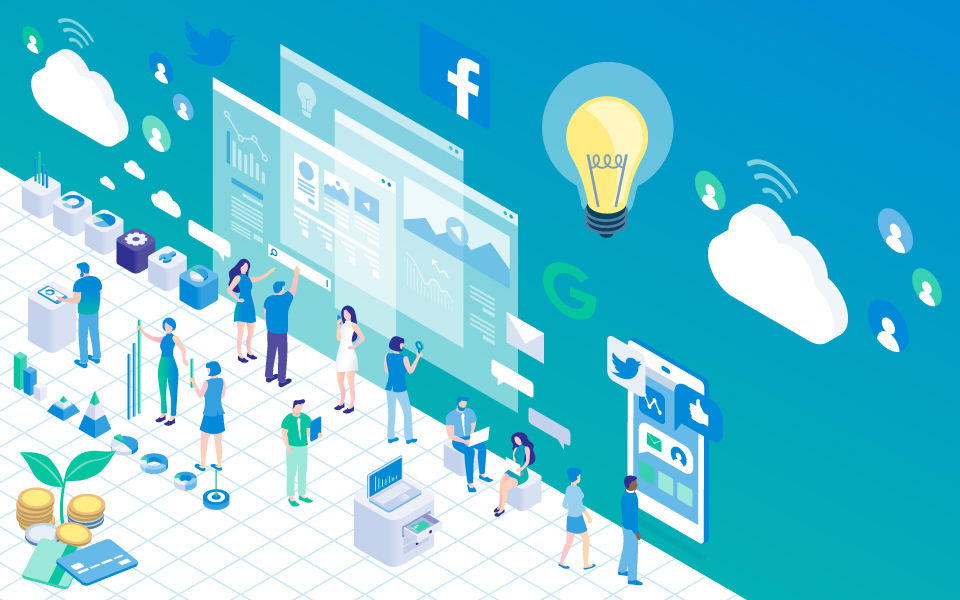 What is driving Ireland’s rising status as a stellar innovation hub?

With a fast-growing economy that hosts the world’s top tech talent and a support system that accelerates the best homegrown ideas, the future looks bright for solutions launching from this innovation hub.

There is not much talk of ‘saints and scholars’ on the streets of Dublin today. In the city’s gleaming tech quarter, known locally as Silicon Docks, its multilingual, youthful chat focuses on plans, start-ups, meeting places, who’s going where after work and who’s got the latest big idea. There’s a sense of urgent purpose in the air. Things are happening.

As greatly changed as Ireland is today, it is worth contemplating the origins of that phrase ‘the land of saints and scholars’. The country has a centuries-old, globally-respected tradition for academic excellence and high standards of education. That much hasn’t changed. Today, not only has Ireland the youngest population in the whole of Europe, it also has one of the most highly educated. 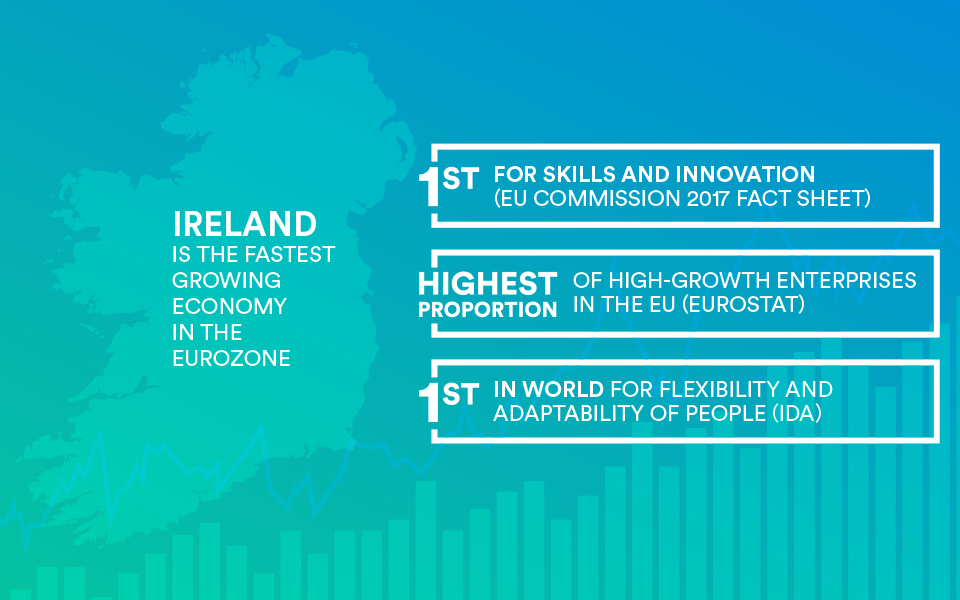 The ready availability of talented, adaptable, well-educated young people is one reason that Ireland is now home to Facebook, Google, Twitter et al. An emphasis on flexibility and skills development has also created a highly desirable culture of innovation and invention.

But neither is this new. For a small country, it is staggering how many important inventions can be traced back to Ireland. The submarine, for example, was invented by Irish engineer John Philip Holland, a contemporary (and acquaintance) of Thomas Edison. Holland’s submarine was the first to be formally commissioned by the US Navy; he also developed the first British Royal Navy submarine, the Holland 1.

One more? Well, if you are one of the 20% of adults in the world who has a tattoo (in the US alone, it’s estimated that around 45 million people now have one) then you most likely got inked with an electric tattoo machine, which was invented by Samuel O’Reilly. As the name rather suggests, O’Reilly was the son of Irish immigrants.

These historical examples show that the Irish culture of innovation is not a new phenomenon. The past has paved the way for the present, with Ireland now regarded as a hotbed of entrepreneurship benefiting from both a resurgent economy – the EU’s fastest-growing economy for the past four consecutive years – and a young, highly-employable population.

These elements, in turn, have attracted the presence of all of the global big-hitters from the world of technology: Google, Amazon, IBM, LinkedIn, PayPal, Twitter, Dropbox, Etsy, Groupon, Airbnb, Uber, Siemens, HP, Dell, Microsoft, Intel, Symantec, the list goes on and on; a who’s-who of the world’s most desirable brands.

While the tech sector grabs most of the headlines, Ireland’s pharmaceutical and medtech industry has also quietly moved into overdrive. Ireland is now the location of choice for global drug manufacturers, with seven of the world’s top 10 biopharmaceutical companies – including Boston Scientific, Pfizer and Johnson & Johnson – all based here.

On a per capita basis, Ireland is now the largest medtech employer – and second-largest exporter of medtech products – in all of Europe. Some of the industry statistics in this respect are remarkable: 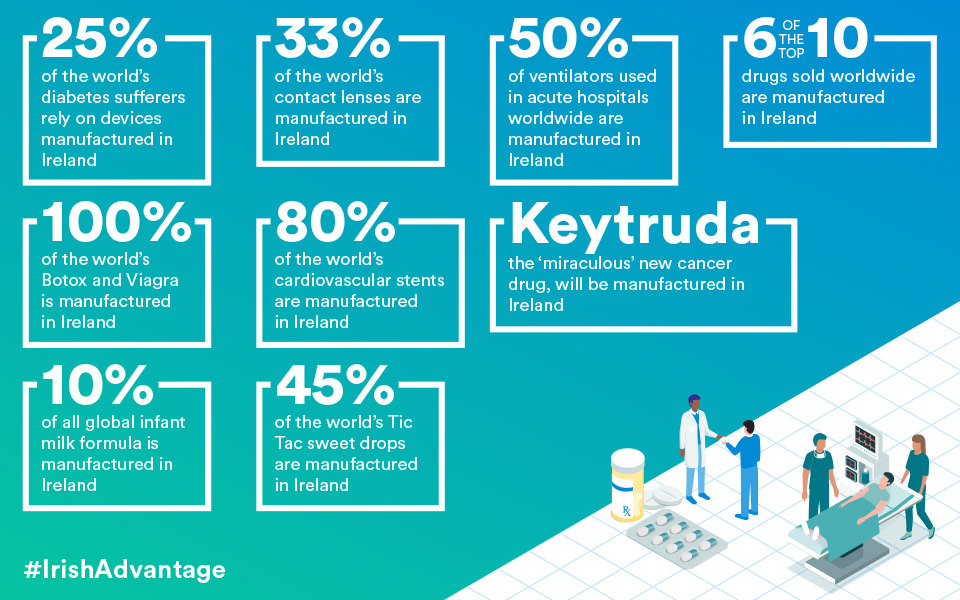 The presence of multinationals has energised the local scene, with local businesses increasingly working as co-developers with (and sub-suppliers to) the world’s biggest medtech companies. This in turn has boosted local expertise and made Irish technology even more attractive to overseas partners.

Multinationals will always be attracted by a young, highly-skilled population and a business-friendly environment. Their presence then provides resources and opportunities for indigenous ideas, entrepreneurs and start-ups, while a growing range of partnerships between business and educational bodies fuels the conveyor belt of talent.

Ireland’s innovation ecosystem is further strengthened by the role of Enterprise Ireland – the national trade agency – which helps to develop indigenous businesses including start-ups. Now one of the most prolific seed investors in the world, Enterprise Ireland makes equity investments in around 200 early-stage companies each year.

If the past was merely promising, the present is a spectacular affirmation of Ireland’s growing, global status as a place of innovation. With a fast-growing economy, a young, highly-educated workforce, and a support system designed to support the best of talent and imagination, the future looks bright indeed.

What is driving Ireland’s rising status as a stellar innovation hub?