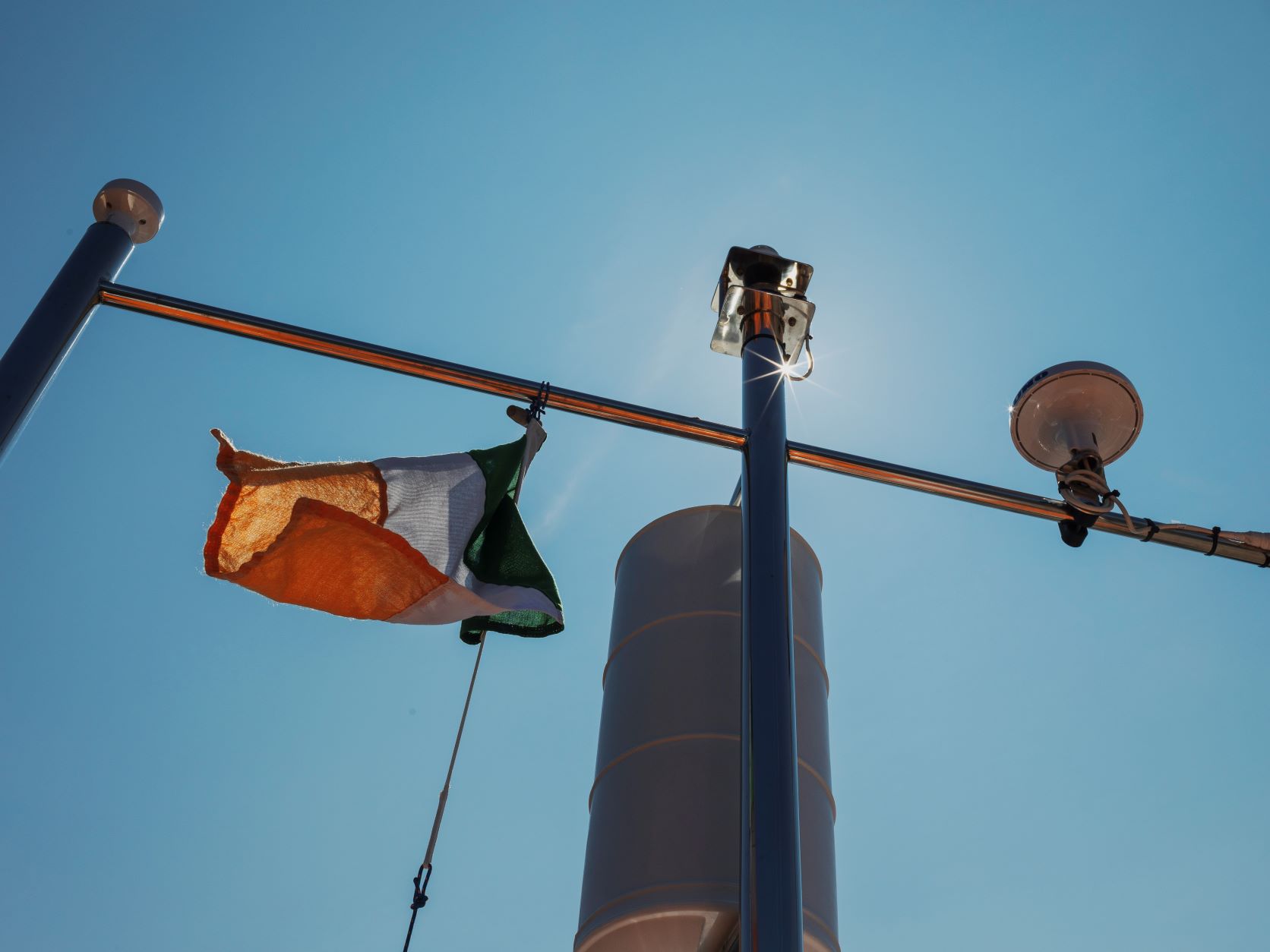 How Ireland is harnessing its offshore wind capabilities with global industry

There are pros and cons to living on an island but in an age where sustainability and good environmental policies are more important than ever, being an island nation is hugely beneficial in terms of harnessing offshore wind.

For the past 15 years, the UK has been making the most of this energy source and several years ago, Irish experts got involved in the industry with specialist firms supplying products and services to the sector in Britain.

Senior Technologist with Enterprise Ireland, Liam Curran is central to securing Ireland’s place at the offshore wind table and says that there are many elements which Irish innovation can add to the sector.

“Enterprise Ireland is focused on connecting the capabilities of Irish companies with global industry and about three years ago we began to recognise the opportunity around offshore wind and the UK industry,” he says. “Together with my colleague Darragh Cotter in our London office, we began to look at how Irish businesses could bring innovative products and services to the UK supply chain.

“They are the world leaders in offshore wind and between now and 2030, there is a projection for something in the region of 3,000 to 4,000 turbines to be installed offshore in the UK and we wanted as get as many Irish companies as we could involved in this. We wanted to make sure that Developers and Tier One contractors were aware of the Irish capability and the skillsets.”

One of the companies onboarded by Curran and his team include XOCEAN, who have a fleet of unmanned surface vessels used for seabed mapping and mapping cable routes to shore. Gavin and Doherty Geosolutions, who are already a global player in geophysical and geotechnical surveys for the industry, were also included.

“There was a group of companies already involved in the sector to a greater or lesser extent,” says Curran. “So we got others on board who would be located on shore and who have products or services relevant once the cable was landed and being connected to the grid – these include Suir Engineering and Kirby Group who are experts in this area.

“We also identified companies with civil engineering skillsets around harbour upgrades such as Roadbridge and ByrneLooby. Then we have a broad group in the marine engineering space who have skillsets which could be pivoted to offshore wind, such as the marine engineering capability in Killybegs in the north-west of Ireland, which is, at the moment, focused on the pelagic fishing industry but could also pivot to offshore wind.”

Along with being part of the UK supply chain, Ireland is also getting involved in the industry with a number of projects currently under development in the Irish Sea.

“There is a wide range of capabilities among the Irish SMEs in the sector” says Curran. “At development stage we have companies with survey vessels, aircraft, Lidar buoys and the associated skills – an example is Green Rebel Marine. At construction stage, we have companies like Irish Sea Contractors, with subsea and cable landing capabilities, and at O&M phase, companies like Alpha Marine, Farra Marine and Fastnet Shipping have CTV capability. Ireland also has a strong expertise in digital solutions for the industry, with capability in ICT, IoT, Comms, Remote Condition Monitoring, and so on. Examples of these are companies like Vilicom and Druid Software providing 4G and 5G connectivity for offshore.

According to Curran, the target for Ireland is for 70% renewable energy by 2030 and offshore wind will play a critical part in this.

“It is hoped that the four projects in the Irish Sea will be up and running before 2030 and these are a logical steppingstone for further projects in the Celtic Sea and subsequently the Atlantic,” he says. “The industry will be looking at both fixed-bottom units and around the south and west coast of Ireland where the water is deeper, floating offshore units.

“The industry also dovetails nicely with an emerging technology of green hydrogen which could subsequently be used to fuel buses, trucks, trains, ships and airplanes. It could also be injected into national gas grids – so there are many ways in which the industry can contribute to the decarbonisation of international energy systems.”

Curran and his colleagues have established an offshore wind industry cluster – the Gael Offshore Network – which is made up of 60 companies – and he says there are plenty of opportunities for other Irish companies to get involved.

“We had planned a two-day event this year (2021) focused on marketing opportunities but when the fourth wave of Covid came along, we had to postpone it,” he says.

“But we will certainly run it in 2022 as there is a lot of interest within the UK and also for Dutch and Norwegian players in the industry who want to engage with the Irish supply chain. We will also be taking a stand at the Global Offshore Wind Trade Show in Manchester next year, showcasing Irish capabilities to the wider industry.

“If there are Developers or Tier One contractors who want to get a better view of innovative Irish capability in this sector, please get in touch with the Enterprise Ireland Offshore Wind team who have a granular knowledge of the Irish SMEs in the industry.”

Nutritics launches Foodprint, an automated system for estimating carbon emissions and water use in the hospitality and food service sector

Abbott: A promise for life