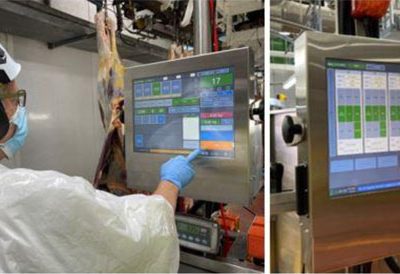 Emydex, the world-leading supplier of factory floor software systems to meat, fish and food processing companies has expanded its customer base in New Zealand with the delivery of state-of-the-art tailored production systems to Silver Fern Farms and Te Whakatōhea Mussels.

The Emydex system configured for Silver Fern Farms handles everything from the booking and intake of the animals to the stun station, live weight, head inspections, carcass inspections, reinspection, and grading. Everything meets the strictest New Zealand government veterinarian standards and procedures and is integrated within the existing CRS system for streamlined payment processing.

Initial results have seen Silver Fern Farms process more cattle in single shifts than they have ever done before, allowing them to finish earlier. Based on the success of the pilot project, Silver Fern Farms have accelerated their plan to roll out Emydex to their 13 other processing plants across New Zealand.

Later this year, the plan will tackle production scheduling, packing, Automatic labelling, and implementation of Emydex’s Enterprise Management System (EMS) for master data. An adapted livestock processing system will extend to other bovine sites and then move onto implementation of the ovine and venison systems.

“Feedback from Belfast has been very positive, and it’s great to have all site functions in one system as well as having timely access to important information for decision making,” says Simon Limmer, CEO, Silver Fern Farms.

“Bringing all different systems into one system will have benefits,” adds Shaun O’Neill, Regional Operations Manager, Silver Fern Farms. “This means one system for our end-to-end site process – from livestock booking through to container load-out to the customer. The workers like the new Emydex system and it has helped them.”

Automation was a big part of the project, replacing the factory floor terminals with integration to their programmable logic controllers. Each hook has an identification on the hook and the system collects information at every station along the line.

“Automation like this is the main difference we see between the European and the Australian and New Zealand markets,” explains James Grennan, Technical Director, Emydex. “The level of investment in automation is higher but it pays back in labour efficiencies – machines don’t catch COVID.”

The Belfast plant operates two shifts, producing 20-hours a day and is supported by Emydex 24×7, with a team of Emydex engineers spread across New Zealand, Australia, Ireland, and Canada, following the sun.

A project that took a decade from first conversation to go-live has given Emydex great learnings and innovation development says David McMahon, CEO Emydex. “In terms of their professionalism, as a meat processing company Silver Ferns employ project managers, process managers, and business analysts as well as internal QA testers. They installed their own Emydex training lab and ran the kill line with dry runs using big blue plastic barrels (blue cows) hanging from the hooks to simulate carcasses. This level of attention to detail was impressive to see. Emydex is a better company for the experience we had working with Silver Fern Farms,” explains David.

The team at Whakatōhea Mussels contracted Emydex to provide a world-class product with traceability back to the farm, and even to the area of the farm where the mussels were harvested.

Emydex deployed their fully functioning manufacturing execution system providing complete traceability within weeks. Being deployed in the cloud meant no additional IT infrastructure was required at the plant with the existing touch screen terminals and scales easily integrated into the Emydex solution. Android-based barcode scanners connect seamlessly via the Internet to the MES database allowing for the issuing and dispatching of stock from the plant.

Scott Fitzgerald, ICT Manager for Whakatōhea Mussels feels the speedy implementation was highly successful. “Being a greenfield site, we have been finding our way through the processes, not only with Emydex but as a business moving forward,” says Scott. “Sometimes we knew what we wanted, other times we needed Emydex to be patient with us and help us to discover what we can and cannot do with the system. Emydex was great in helping us do this. Moving from the manual system to Emydex has already increased our productivity and will continue to do so. The process was great. Emydex has been easy to deal with and helped us to give our business the commercial push it needed regarding a production system.”

Emydex today have a team of five people employed in New Zealand and ten in Australia, supporting Silver Fern Farms, Whakatōhea Mussels, and other New Zealand food processing companies. This makes Emdyex the largest Irish employer of permanent staff in New Zealand, according to Enterprise Ireland, the trade and innovation agency of the Irish Government who supports Emydex in the local market. In fact, the introduction of Emydex to Silver Ferns Farms originally came from Enterprise Ireland A/NZ, through one of their market-office staff based in New Zealand.

“Enterprise Ireland has been a huge help to Emdyex in Australia and New Zealand. The EI A/NZ Asia Pacific team is so supportive of Emydex and other Irish companies. It is reassuring to know we have these local supports in place for whenever we need them,” adds David McMahon.