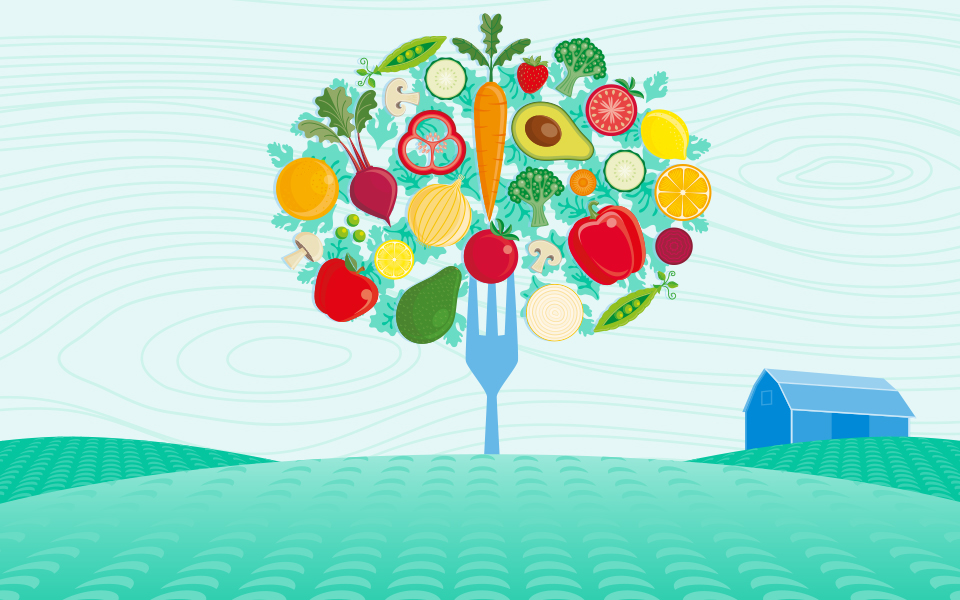 Fast changing consumer tastes are forcing food businesses to be more agile than ever, writes Lorcan Allen of the Irish Farmers Journal. Drover Foods is relishing the challenge.

On the outskirts of Wexford town in Ireland you will find Drover Foods, a family run business that’s been making pork sausages since the early 1980s. Yet despite its long heritage in the pork sector, Drover Foods is a business that finds itself moving further away from meat processing as it responds to rapidly changing consumer trends.

Right now, the biggest driver of sales growth in Drover’s business are its new lines of vegetarian products, such as falafels, fritters and Indian pakoras. According to Anne Smyth, managing director of Drover Foods, the company is simply adapting its business to meet changing consumer trends in the food industry. However, the root of the company’s decision to start making veggie products was Brexit.

“In 2016, when the Brexit vote happened, all we made at Drover was cooked sausages and stuffing, with 83% of our sales coming from the UK markets,” says Smyth. “I knew we needed to get into new markets in mainland Europe but I had no way of getting into those markets with the products we were making. We had to diversify our product range.”

At the time, Smyth was taking part in Enterprise Ireland’s ‘Leadership 4 Growth’ programme, which is the trade and innovation agency’s flagship programme for managing directors and CEOs aiming to develop their business.

As part of the course, executives receive training at the IESE business school in Barcelona, which has been ranked first in the world for customised executive education by the Financial Times for the last number of years.

“We were having a discussion group and I was asked, ‘What does Drover Foods actually do?’ I replied that we make cooked sausages for the B2B market in the UK but the more I thought about it I realised I wasn’t sure exactly what the company did. I knew we needed to be clearer on what this business is really about,” she adds.

After further thought, Smyth and her team got to the core of what Drover Foods is about – a food business that makes pre-portioned, fully cooked food ingredients that are sold B2B to food companies.

“Everything we make ends up as an ingredient in sandwiches and ready meals sold by supermarkets. We supply the ingredients for the own-label sandwiches you get in Tesco, Waitrose, Asda, Costa, and Boots,” says Smyth.

Viewing her family business as a supplier of pre-portioned cooked food ingredients allowed Smyth and her management team to see that the company’s position within the food supply chain was not simply confined to pork.

While she had some awareness at the time of the growth in plant-based foods and flexitarian diets, Smyth says it was not intentional to move into the space. However, when Drover approached its customers with its new range of veggie ingredients it became clear there were opportunities to grow this product range.

Demand for the new range of veggie food ingredients has grown rapidly. If you buy a hummus and falafel wrap in Tesco supermarket anywhere in the UK today, the falafel ingredient will have been made by Drover.

The transition to making falafels and other vegetarian food ingredients has opened up new possibilities for Drover Foods beyond the UK. The company recently attended the Internorga show in Hamburg – Europe’s largest trade fair for the foodservice sector.

The company has just completed a €4 million investment that will add capacity and allow Drover to produce oven-baked products and has recently employed a European business development manager to grow sales into Germany and other northern European markets.

However, the company remains invested in the UK market with  long established and deep relationships with customers like Greencore and Samworth Brothers. In addition, a recent YouGov study found that almost 15% of the UK population identify themselves as having flexitarian diets. The study also found that more than a quarter (26%) of UK meat eaters said they plan to reduce their level of meat consumption in the next year, with health concerns the primary reason provided.

As such, it will be interesting to see where the next 10 years takes the Drover Foods business. Anne Smyth and her senior management team have redefined the business as a supplier of fully cooked pre-portioned food ingredients, which means the company has the adaptability and agility to follow consumer trends long into the future.

This article originally appeared in a special publication by Irish Farmers Journal in partnership with Enterprise Ireland, the trade and innovation agency.