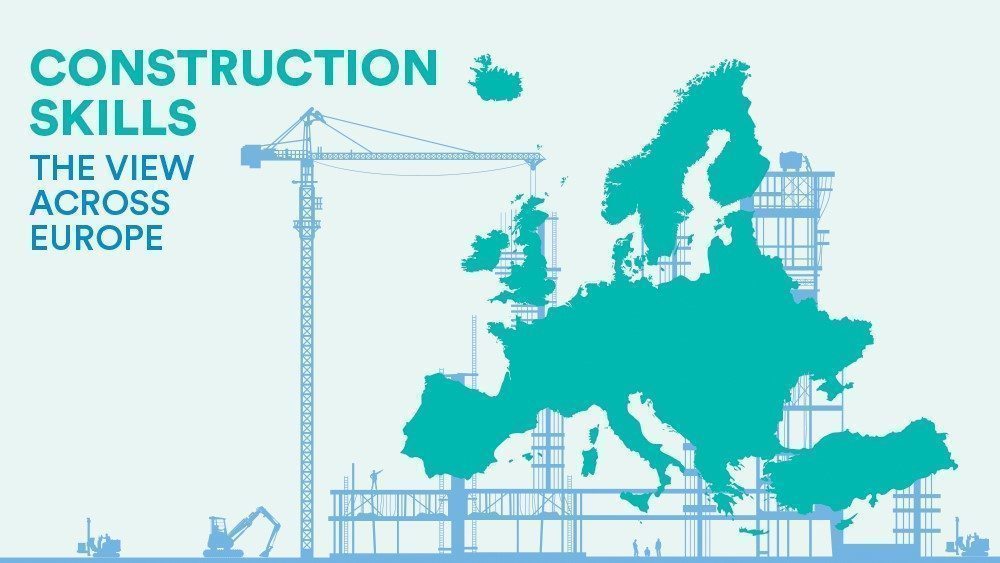 Construction skills: the view across Europe

The fallout from the 2008 economic crisis, which saw many people leave the construction industry, left Europe as a whole struggling with skills shortages, according to the Association of European Experts in Building and Construction (AEEBC) – and the recovery felt in recent years has made these effects more sharply felt.

“Now there is a recovery, mainly in Northern Europe, shortages have gotten worse,” says Martin Russell-Croucher, General Manager for AEEBC, and a chartered surveyor and chartered environmentalist. “Fortunately for some countries, the collapse of the construction industry in countries like Italy and particularly Spain, has freed up professionals to fill some of the spaces in Northern Europe.”

“While trades have moved to the ‘hot spots’ such as Germany, there are problems with language and skill levels,” he says. “There are also issues with this movement of tradespeople as they tend to be cheaper to employ than locals and this can undermine the home market if locally trained people can’t get jobs because they are too expensive. This has been happening in Denmark.”

“There have been skill shortages for some time, certainly two years or more. The shortages tend to be localised, for example, London and the southeast of England where most of the construction has been taking place. The shortages are both trades and professions.”

All European countries have a dearth of labour, partly due to more people retiring than are coming into the industry and also the large numbers that left the following the crisis in 2008, according to Mr Russell-Croucher.

“France seems least affected as it continues to attract people into the sector,” he says but adds that the phenomenon is not limited to France: “Germany is now booming, and sucking in the additional people required from other countries.

The Home Builders Federation in the UK recently carried out research, which illustrated the importance of EU workers in building the country’s homes, with one in five workers hailing from outside of the U.K. Mr. Russell-Croucher says that “Post-Brexit access to skilled labour is essential if the industry is to hit government housing targets.”

However, the general situation is not at crisis level as far as the AEEBC is concerned. “Governments are trying to improve the number of their own citizens coming into the industry but it takes time to train people and construction is not a popular choice of career. Most, like Germany and the UK have relied on migrant workers but this is becoming an issue for the UK because of the current uncertainty,” says Mr Russell-Croucher.

“In the UK, the government has been supporting apprenticeships but changes to the funding methodology are causing problems. All countries are promoting the construction sector jobs but of course this is not a quick fix as it takes a couple of years to train somebody to a minimum level in most trades.”

As recruiters pitch for the same small pool of people, attracting skilled candidates has become highly competitive and aggressive.

“Apprenticeships are fine up to a point but for tradespeople, it means using trained people for training and that means they are less efficient and lose money, so they are reluctant to take on that role if they are self-employed,” says Mr Russell-Croucher.

“I’m afraid the old system of firms directly employing their own trades who trained up their replacements has vanished, not to return because it was no longer competitive.”

Making the industry more enticing for women has also been mooted as a potential method of attracting candidates.

“Getting more women into the industry would be great but construction is not always an attractive career. Booms and busts and a tough working environment with little job security makes it a hard sell to anybody,” Mr Russell-Croucher says.

Making digital tools part of the construction process could lead to a more transparent and accountable construction sector with better allocation of human resources and increased productivity, according to Anastasios Koutsogiannis of GenieBelt, a real-time project management software and mobile app that provides instant communication from site to office.

“The best recruiter is money,” states Mr Russell-Croucher. “If a job pays well, people will put up with the problems. A few years ago it was announced that electricians were being paid very well – I think it was £60,000 or £70,000 a year – on Heathrow airport Terminal 5. Suddenly there was a surge in people applying to be electricians.”