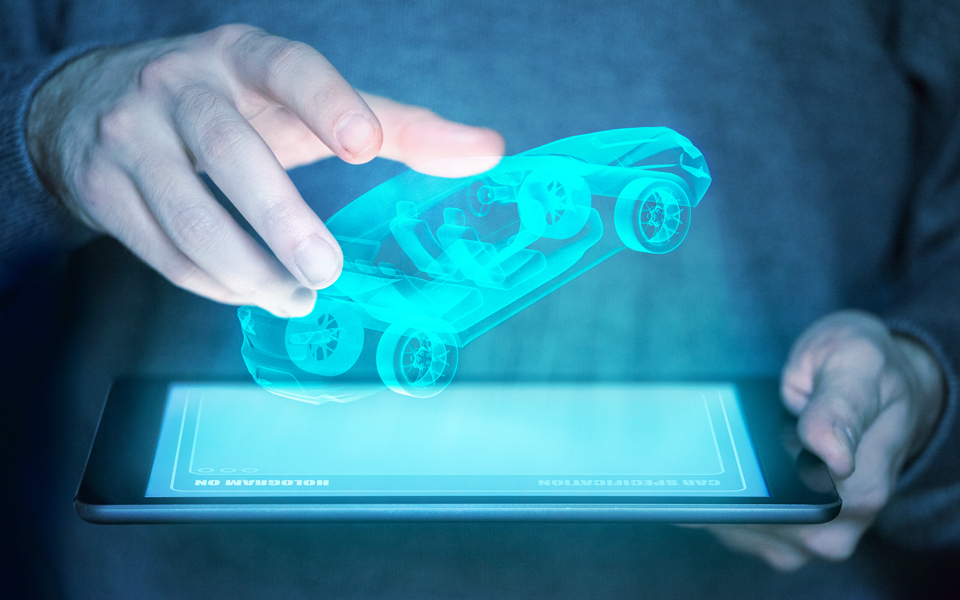 Car of the future creates problems for OEMs

The future of cars is captured in ACES, an acronym for: Automated, Connected, Electric and Shared. It presents traditional car makers with a problem, according to Kelly Kay of Toyota Research Institute (TRI).

“Whereas before the OEMs (original equipment manufacturers) just made cars, now they are all going to have to do all these things, and they suck at it,” said Kay. “They don’t have the skills to do it, nor the engineers, nor the tech people. They can’t solve all these problems by themselves. They need technology partners.”

Kay, who is chief safety officer and executive vice president of TRI, gave the keynote address at Connected Autonomous Vehicles and Mobility, an event organised by Enterprise Ireland, the trade and innovation agency.

TRI was founded in Silicon Valley in 2015, backed by a US $1 billion investment into artificial intelligence with a focus on autonomous vehicles and robotics. Its work focuses on both the future of the auto industry and of Toyota’s role in it, with a US $100 million corporate venture capital fund, which invests in companies focused on mobility issues of the future.

The car of the future will make driving safer

Autonomous vehicle development is being driven by a number of factors, she said, including the fact that it could make driving more fun, give people more time in their lives and improve traffic congestion.

At its core, however, is the opportunity to save lives, a fact that has perhaps not yet been made sufficiently clear to the wider public, she suggested.

There are an estimated 6.1 million traffic accidents in the US alone each year, leading to 34,000 deaths a year. The fatality rate is equivalent to a jet airliner crashing every three days but 90% of it is caused by human error. “That’s where we can stop it,” she said.

Toyota’s Guardian system is being developed to step in and assist a driver who has made a mistake.  Accidents are most likely to happen when poor driving conditions, or hazards, meet with a tired or distracted driver.

The future of the auto industry

There are five levels of autonomous driving, ranging from none, to assistive technologies, to partial and then full autonomy. When will the industry reach the top level, is the question Kay is most often asked, she said. Not in the short term is the answer. Part of this is attributable to the challenges facing legacy auto makers.

“It used to be that only OEMs made cars. At TRI, our competitors aren’t just the Fords, but the Waymos and the Ubers of the world, who are out there trying to create the technology that is the future of the auto industry.”

Toyota is an investor in Uber and is collaborating with it to bring autonomous ride-sharing as a mobility service to market at scale. To accomplish this, technology from each company is being integrated into purpose-built Toyota vehicles to be deployed on Uber’s ride-sharing network.

“The car nowadays doesn’t have much technology in it. In the future, however, it will be a really big robot. But the sector is moving much faster than an OEM can move. TRI exists to get Toyota to see how it can move as fast as a Roadstar.”

Who is going to buy the cars that manufacturers like Toyota build in the future? Companies like Uber, Kay said. The risk, however, is that the car becomes a commodity, playing second fiddle to the mobility service provider’s brand.

This is driving demand from OEMs for technology partners. “We are going to find technology partners to help us, whether chip manufacturers or for automation. We are doing a lot ourselves, but partnering with companies that are further along than we are allows the OEMs to catch up.”

Toyota is also partnering with battery companies such as Tesla, important given that 50% of the current cost of an electric vehicle is accounted for by its battery.

Part of the challenge facing OEMs is the pace of development in this space. Advances in technology are happening more quickly than those for car makers, for whom a three-year production lead time is the norm.

“How do we figure out how to make those changes quicker? Using young creative and innovative thinkers and companies will help. OEMS by themselves can’t solve these problems. Car sharing, ride sharing, that’s not our domain. We need partners all over the world.”

It also needs help with particularly thorny aspects of autonomous driving, including how to develop AI systems that recognise the “social ballet” of driving, the facial gestures, waves and nods that drivers are used to interpreting.

How to cope with bad drivers is difficult too. “People are going to do things we don’t expect them to do, but autonomous cars work on the basis that everyone is going to follow the rules. If others don’t go around a junction in the right order, an AV will just sit there, waiting.”

Ensuring a global standard is also challenging, requiring alignment between multiple OEMs, technology players, regulators and even insurers. All of this work provides opportunities for Ireland’s leading edge automotive, software and electronics suppliers.