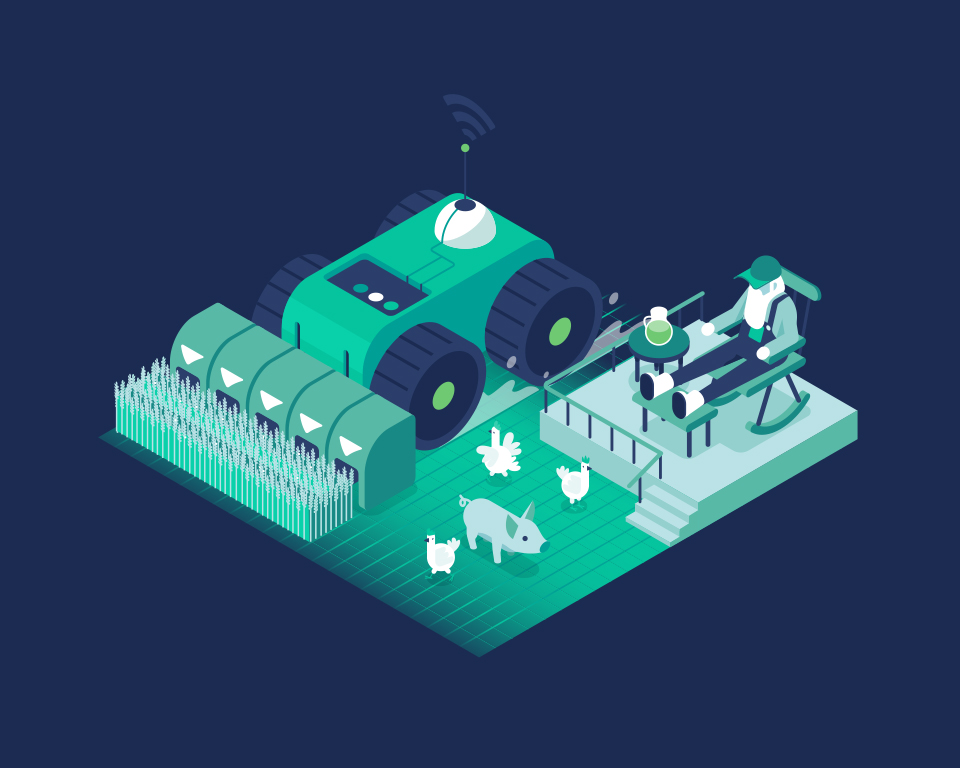 Europe’s agricultural workforce is expected to fall by 28% between 2017 and 2030, according to the latest agricultural outlook by the European Commission, largely as a result of structural changes within the EU agri-food industry and better employment opportunities in other sectors.

This decline is not confined to Europe: the U.S. Department of Agriculture’s (USDA) Economic Research Service reports that the country’s agricultural workforce has been dropping for years. Specifically, the number of self-employed and family farmworkers in the U.S. plunged from 7.6 million in 1950 to 2.06 million in 2000—a 73% reduction.

Elsewhere, data from the World Bank’s International Labour Organization shows that agriculture’s proportion of total employment continues to decline in most countries across the globe. At the same time, farmers are ageing: according to the Food and Agriculture Organization (FAO), the average age of farmers in the U.S. and other developed countries is 60.

It’s not all doom and gloom, however. Despite the drop in labour in the U.S. of late, total farm output actually increased between 1948 and 2015, as per the USDA’s farming and farm income report, due to technological developments in agriculture.

This demonstrates the value in providing agritech solutions that can not only assist and replace an ageing agricultural workforce but also improve farm efficiency and output.

Autonomous farming to the rescue

Technological developments are already making headway in the global agriculture sector, but there is still a long way to go to deal with the challenges it faces—particularly when it comes to improving efficiency and profitability in a sustainable manner. That said, advanced technologies such as autonomous farming and Artificial Intelligence (AI) can help overcome many of these.

Examples of companies with autonomous farming solutions are:

Robotics is already transforming agriculture in areas that do not require much human intervention and optimises farm land using data, AI, and other smart technologies. With the rise of drones, UAVs and robots, the future farm is expected to be highly reliant on autonomous farming, which will reduce reliance on human labour, thus alleviating the issue of declining labour.

Not only will these automated systems improve the quality of produce, lower production costs and reduce manual efforts involved in labour, but they will also enhance the safety of field operations by enabling machines to operate in areas that are otherwise too dangerous for manned vehicles.

Overall, solutions that deal directly with the challenge of labour shortages will be welcomed by the agriculture industry.