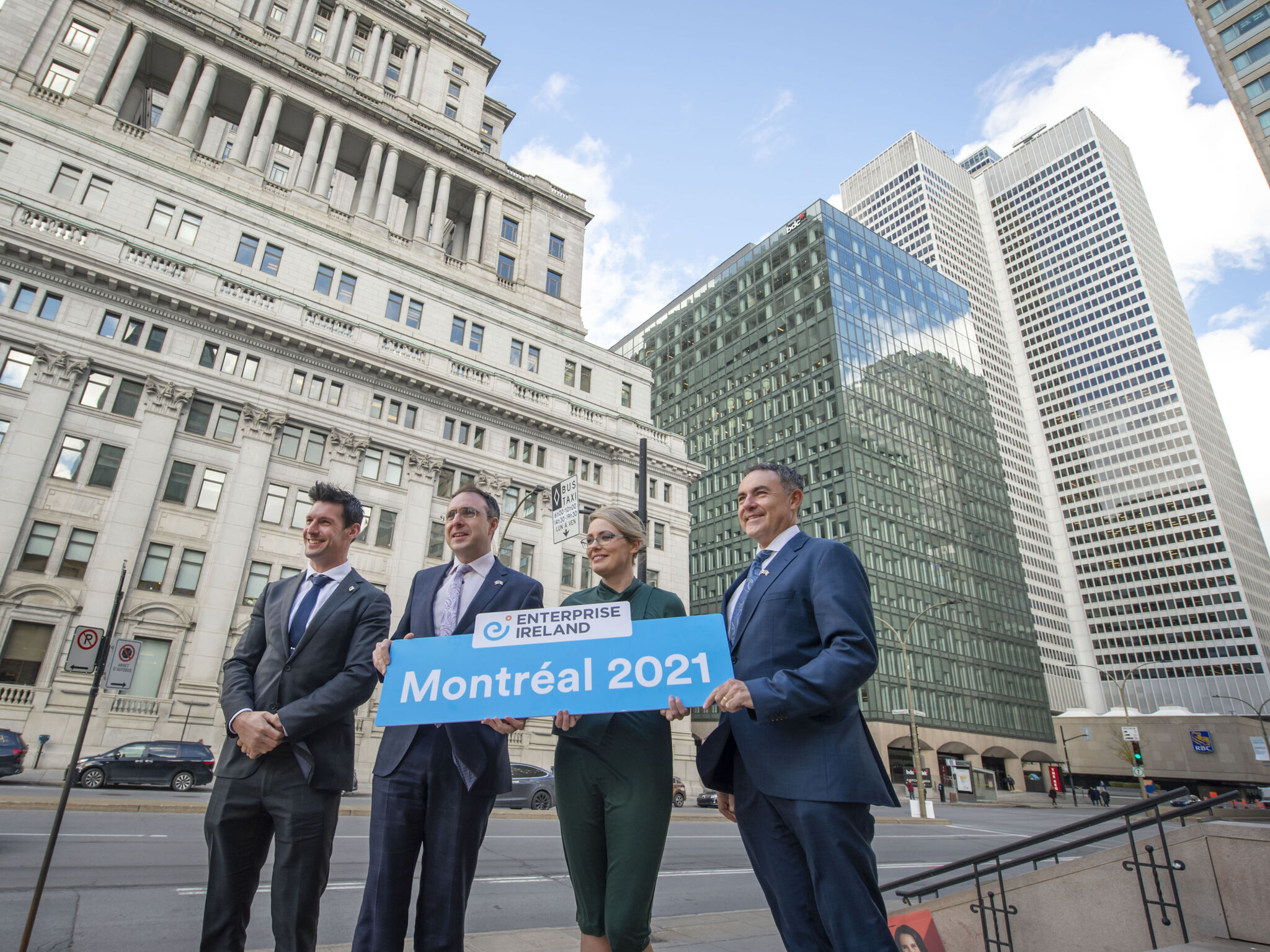 On the first two days of November, Minister of State for Trade Promotion, Robert Troy traveled from Ireland to Canada to meet with Irish businesses sharing their products, ideas, and innovation throughout Canadian cities. With travel restrictions lifted, the ability to host in-person meetings once more resulted in meaningful interactions highlighting the strong relationship between Canadian markets and Irish businesses.

The first stop on the trip was Toronto. There, Minister Troy met with Combilift, XOCEAN, and Malone Group, whose work promotes clean energy and engineering innovation. Minister Troy also officially launched Swoop Canada, a financial technology platform that is helping its users to gain financial recovery after being impacted by the pandemic.

While in Toronto, the Minister also met with Irish companies in the consumer retail sector at the Irish Design House. The companies displaying their products there include; Fragrances of Ireland Modern Botany Ltd Irelands Eye Knitwear ShanOre Jewelry, and many of the products the Minister got to see in person were purchased from companies showcased in the Glas Collective.

Next, the Minister launched Enterprise Ireland’s first Healthcare Advisory Panel in Canada. Irish companies, PMD Solutions, MedModus, and PacSana, all pitched to panelists who were then able to share their feedback and personal experiences with each of the companies. With the support of the Minister, this healthcare advisory panel offered invaluable insights and advice for these entrepreneurs as they grow globally. The Minister also invited all representatives on the panel to visit Ireland to further collaborate with Irish companies in the digital health and life sciences sectors. This invitation and panel inspired a strong future for the relationship between Ireland and Canadian entrepreneurs while also strengthening the prospects of the Irish companies who attended.

The next stop on the Minister’s itinerary was Montréal. Representatives from Solgari, KEENAN, Multihog, and Combilift engaged with the Minister while he was there to discuss insights and innovations in the digital technologies, engineering & agriculture sectors to the Canadian market, and this meeting helped to promote those ideas. The Minister also attended the official opening of the Enterprise Ireland office in Montréal, an event representing Enterprise Ireland’s support of the Irish and Canadian relationship.

Minister Robert Troy’s first two days of November were spent in highly productive meetings and inspiring launches of businesses and offices throughout Canada. The opportunities he had to be in person with Irish businesses, entrepreneurs, and even products prove to be invaluable in inspiring future innovation. The companies Troy met with represent the collaboration between Ireland and Canada to meet global needs and provide solutions to challenges both today and in the future.

To learn more about the Minister’s time in Canada and get a look into the meetings and events mentioned above, please watch this video;