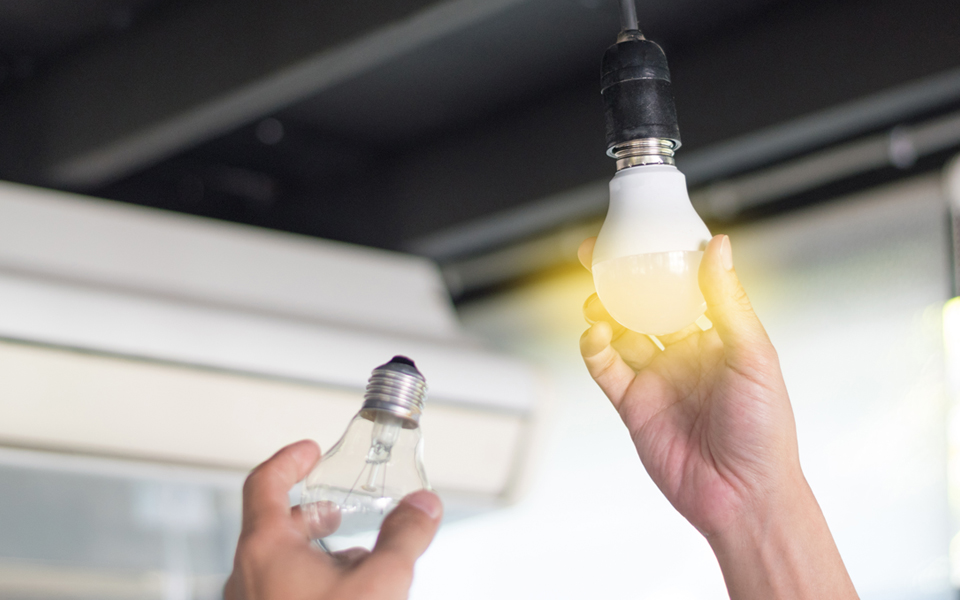 Vivid Edge: An Irish approach to a global challenge

“If you think about the energy sector in general,” says Cartier Women’s Initiative Award finalist, entrepreneur Tracy O’Rourke, “you’ve got the traditional fossil fuels, and then you have renewables – and that sector is actually quite well evolved. There’s a lot of investment and research going in there and it’s very mature. But then there’s the third area, which is energy efficiency — really, that should be done first.”

The 2015 Paris Agreement marked a breakthrough for climate change mitigation on a global scale, setting ambitious and binding targets for carbon reduction. “Climate change is now,” says O’Rourke, “it’s centre stage.” According to the International Energy Agency, efficient energy use would deliver more than 40% of the carbon reductions pledged in the agreement.

These savings are sometimes missed by companies, because the required technological measures demand a significant amount of initial funding — funding that could be used to grow a business in other ways, but “as my business partner, Paul, says, ‘It’s like filling a bucket that’s full of holes – you really should fix the holes first.’”

Tracy founded Vivid Edge and brought on board financing expert Eimear Cahalin and energy efficiency expert Paul Boylan. Together they set out to help businesses ‘fix the holes’ faster, through a self-funding energy efficiency service.

Impact of NovaUCD and Enterprise Ireland

All three had previously held leading positions in large multinationals and moved to the start-up’s headquarters in NovaUCD, a purpose-built, state-of-the-art incubation facility for knowledge-intensive companies at University College Dublin, which is supported by Enterprise Ireland, the trade and innovation agency.

“I think success comes from the environment you put yourself in,” says O’Rourke, “And I think it was particularly important to be somewhere like this. Most of the people in my world thought I’d lost the plot, going from a great position in a large multinational to a small start-up. But there’s an energy and a vibrancy here that is just terrific.”

NovaUCD client companies are given access to a network of researchers, business leaders and investors, and are provided with a comprehensive business support programme. This year, the facility will be increasing its capacity by over 50%.

O’Rourke was once a commercial director in the aircraft leasing industry. “The younger me wasn’t remotely interested in social purpose,” she admits, “but later I realised I wanted to do something that would contribute and help socially — and that doesn’t need to compete with the commercial purpose.”

With financial rewards directly aligned to sustainable development, an energy efficiency initiative is a perfect example of a socially responsible enterprise. O’Rourke believed that she could bring something new to the sector, using what she had learned from her background in financial services and the Irish aviation industry.

Ireland has a unique relationship with airline leasing. In the 1970s, it became one of the first to use the model and remains a major and experienced player in the industry. “I thought, ‘I wonder could you use the principles behind that model and tailor it to the energy efficiency sector?’”

The answer was yes.

Vivid Edge uses their own capital to completely upgrade the buildings of large multinationals. For a 5- to 10-year period their client pays a monthly fee that is “more than covered” by their energy savings.

The approach differs from traditional energy service contracting, in that it is both a pared back model, and a more thorough upgrade, covering the entire portfolio of a company. “We feel that in traditional energy performance contracting, the supplier is trying to guarantee too much — things that are out of the supplier’s control. We look after everything that is in our control, the actual performance of the machinery.”

Because Vivid Edge is independent of any supplier, the team is in a position to conduct an impartial review of technical solutions, chosen equipment, and supplier promises. As an energy expert with an engineering background, Boylan brings a tremendous level of technical expertise to the project.

Success has been staggering. For example in one project, Vivid Edge has helped a large telecommunications client to reduce their lighting energy consumption by 82% — enough to power 450 family homes.

O’Rourke has just returned from the Cartier Women’s Initiative Awards in San Francisco, the culmination of a 12–week coaching programme for finalists.

“The last week was supposed to be for helping you prepare your business plan and your financial plan,” explains O’Rourke. Having secured €30 million from a European fund, and a multi-million euro revenue stream from its completed projects, Vivid Edge already has a proven track record of very effective fundraising.

“So I talked to Cartier. I said, I’d like a coach who will stretch how I think – really challenge me and really help challenge how we engage with large multinationals. We know we have something that’s different already, but we want to take it to the next level. The real difference comes out when organisations embrace cross-border, that’s when the strength of Vivid Edge really shows. Already, we’ve moved with our customers and suppliers from Ireland into opportunities in several countries in mainland Europe and UK, on into Dubai and Egypt. Our ambition is to engage expanding clients and follow their carbon footprints into Europe and beyond.”

“This is exciting” says Tracy. “We’re building a successful international business through helping large organisations reduce their carbon footprint and improve our planet for the next generation.”