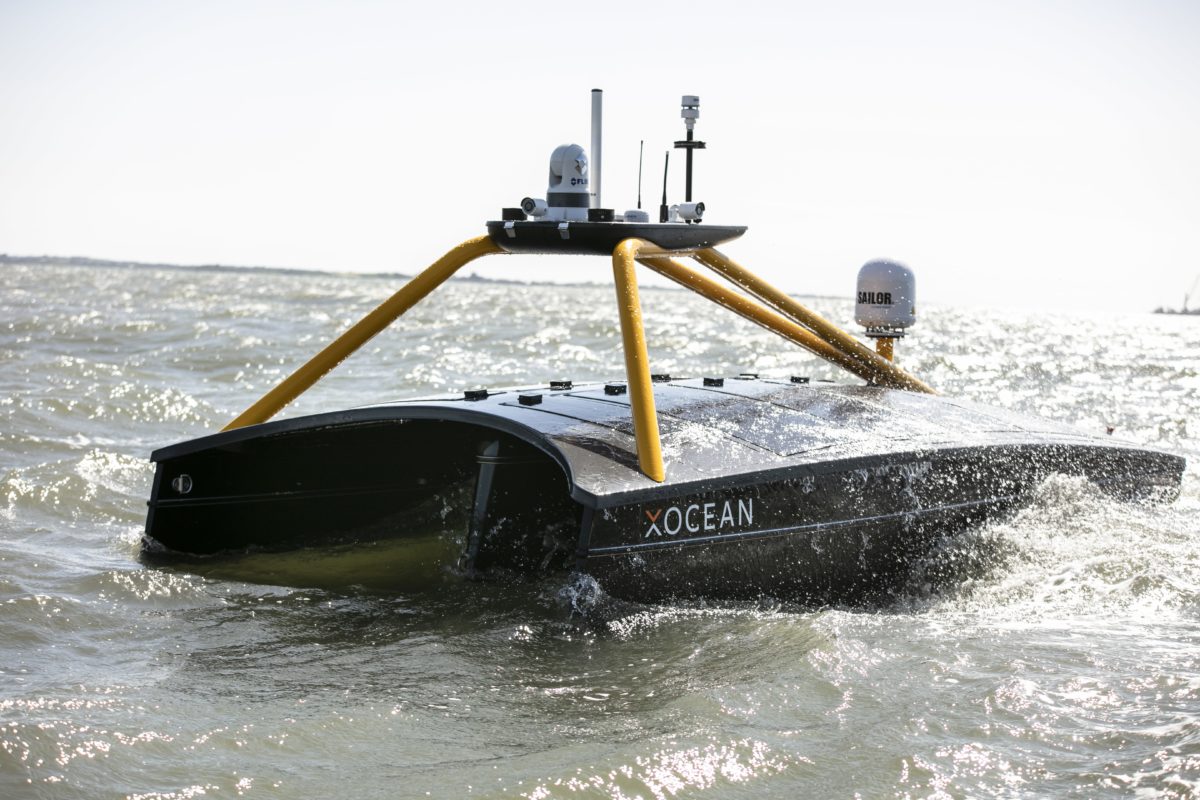 Considering the speed at which technology has unlocked so many of the world’s secrets, it’s extraordinary to think that we still know more about the surface of Mars than we do about what lies on our ocean seabeds.

Scientists estimate that a staggering 95% of the world’s oceans have still not been mapped. That is a lot of information we are missing out on. Yet it’s hardly surprising, given the huge complexity – not to mention cost – associated with capturing ocean data.

For more than a decade, James Ives struggled with this challenge. As the then CEO of an Irish-based marine energy firm, he relied on ocean data but found the process both time-consuming and very expensive. “As a customer,” he says, “I thought there had to be a better way.”

He was on to something. In 2016, Ives left his job to start a new ocean data services company named XOCEAN.

Headquartered in the coastal town of Carlingford, around 90 km north of Dublin in Ireland, the company offers a range of turnkey data services for surveyors, companies and government agencies, such as hydrographic mapping, fisheries surveys, data harvesting and environmental monitoring. The firm offers this on a ‘no data, no fee’ basis.

“The big difference between XOCEAN and most other ocean data service providers is that we use marine robots known as Unmanned Surface Vessels (USVs),” says Ives, XOCEAN’s CEO. “This approach offers three major advantages. First, it’s safer, as no humans have to go offshore. Second, it’s more efficient as our USVs can operate and collect data non-stop, 24/7. And thirdly, it’s around one-third the cost of conventional methods.”

The company’s XO-450 model looks like a miniature catamaran. It’s about the same size as an average car (but around half the weight) with a solar hybrid power system that provides a range of around 1,500 nautical miles, operating continuously for up to 18 days at a time. The system includes a wave-piercing hull design to ensure stability for the 100 kg or so of sensors and other equipment necessary for commercial ocean data capture.

“What we offer is an over-the-horizon operation,” says Ives. “Regardless of where in the world the mission is taking place, we can monitor and operate the USVs from our base here in the north-east of Ireland.

“At the moment we’re focused on industrial users including companies in the oil and gas sector and government agencies responsible for monitoring fisheries and the environment,” he says. “Our sweet spot is the continental shelf region where most ocean-based economic activity takes place, for example offshore wind farm developments.”

In summer 2018, XOCEAN partnered with Ireland’s Marine Institute to collect data as part of the management of Irish fish stock resources. “The USV travelled 100 nautical miles out into the Celtic Sea and performed an acoustic survey that generated 110 gigabytes of high-quality data,” says Ives. “That information is now being used to provide a better understanding of our fish stock levels.”

The company also has its sights on the international market, where partnership with Enterprise Ireland – the Irish Government’s trade and innovation agency – has paved the way for discussions with potential customers in Canada, Norway and the UK.

“We designed the vessel so it can be transported by road,” says Ives. “For international applications, we simply package both boat and trailer into a standard container and ship to wherever it’s needed, anywhere in the world.”

Understandably, XOCEAN places a firm emphasis on innovation. “R&D is absolutely fundamental to what we do,” says Ives. “We offer a data collection service that’s based on cutting-edge technology, so we are constantly developing new and innovative applications and technologies. We’re in research all the time – non-stop.”

The firm has started to build out the asset, with a third USV under construction (scheduled to be ready by the end of 2018). For a company founded only last year, XOCEAN is already moving fast. “We’re in discussion with some very large companies and there’s a lot of excitement in the market so things look bright,” says Ives.

The ocean sector economy is absolutely enormous. Its potential is even bigger. According to the OECD, the ocean economy is currently worth more than $1.5 trillion but has the potential to double to more than $3 trillion by 2030.

“Yes, the potential is vast but it’s all underpinned by a need for sensible development and that is dependent on a supply of high quality, accurate information – that’s where we come in,” says XOCEAN’s Ives. “More data leads to better decisions and that is crucial to the development of the marine environment.”

How XOCEAN is making a splash in Canadian ocean data collection