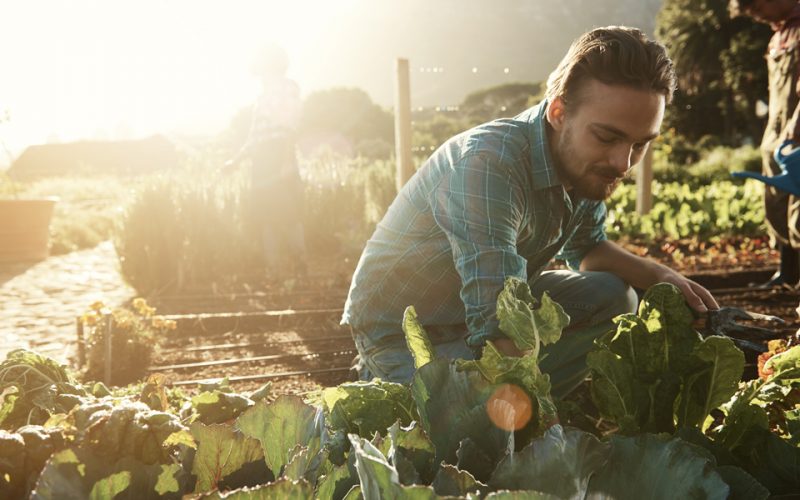 In an era in which consumers are becoming as focused on environmental responsibility as on price, can small become the new big in agriculture?

Doing so would mean reversing established trends towards increasingly large farm operations and bigger machinery. As tighter regulations are implemented around sustainable farming, and consumers are becoming more conscious of their own carbon footprint, the need to reduce the impact of farm operations on the environment has emerged as the most significant challenge facing the agricultural sector.

Sustainability is about efficiency for farmers today

For the first time in one of the most advanced European nations, we are seeing farm sizes going down in the Netherlands because of environmental caps that are being put on it. Farmers can only produce as much as legislation allows them with regard to pollutants such as nitrates, phosphates and other gases.

This doesn’t mean that output has to go down. There can often be a misunderstanding that going smaller means you must have fewer animals or lower production. That’s not the case. Sustainable farming is about efficiency – the ability to realise more from less through increased productivity while also maintaining profitability.

Innovation must drive the process of meeting this challenge. Improved automated machinery and data processes will allow farms themselves to become smaller, so we can in effect get more from less. This also means you can have more space for forestry and rewilding to improve the environment and still not damage farmers’ livelihoods, or the health, sustainability and security of the food supply chain.

Machines that have become bigger and bigger to facilitate ever-increasing herds will start getting smaller. Instead of having one mix a day in large feeding machines for herds, for example, robotics will allow for multiple mixes a day done automatically in smaller machines, with the mix determined by algorithms, which are acting on real-time data supplied by wearable devices detailing how the animal is performing.

The use of data is already widespread in modern farming operations. However, increasing automation of these processes using artificial intelligence and blockchain-type technology will allow analysis across the entire food chain and a joined-up approach to addressing the challenge of sustainability.

The benefits of this could be exponential. A more efficient farm means producing more milk and meat with fewer resources and fewer nitrates or gases going into the atmosphere, so it improves greenhouse gas emissions and also run off from other heavy metals going back into the soil. It is a multipronged approach and also ties into farm profitability because a more efficient farm is a more profitable one.

Products and services must be measured, not by their impact and effectiveness individually, but as a part of the whole. For example, a farmer can buy products that reduce methane but which will also reduce efficiency, which means you need more cows to produce the same amount of milk. This means more cows consuming more feed, which means more fertiliser to produce the feed, which might also be excreting more nitrogen.

What is needed is to achieve carbon reduction, not just by having one product that reduces methane, but rather by having a myriad of products and services that can improve farm efficiency collectively.

Farmers and agricultural suppliers must recognise the relationship they have with consumers as part of the food chain rather than just as providers of commodities to food processors and retailers.

By utilising this data across the entire food chain, the needs of both consumers and farmers can be met. Profitability at farm level, sustainability at the global level.