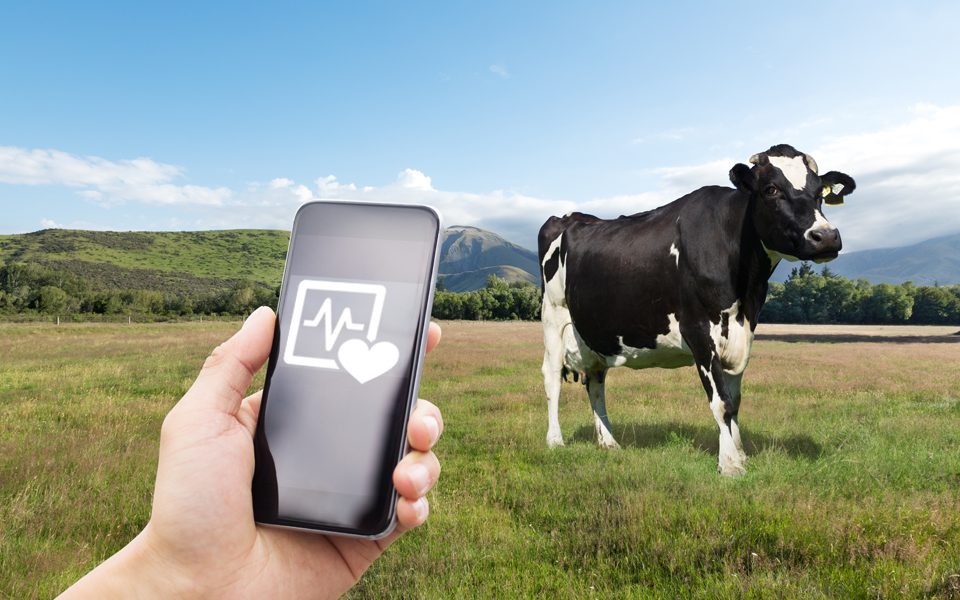 Fitbits for cows: how wearables are driving the ‘Internet of Animals’ in agriculture

Cows wearing ‘fitbits’. It might seem silly but it’s real. When it comes to the farm, the Internet of Things (IoT) is very much the ‘Internet of Animals’. Increasingly, farmers are using wearable devices to track and monitor the health and productivity of their herds.

Download the eBook: Agritech: The Future of Profitable Farming

From feeding, milking and breeding, to registration, compliance, general health and herd management, smart devices containing everything from GPS trackers, cameras, and microphones to temperature sensors are fast becoming vital tools of the trade for modern farm operations.

Wearables are a solution for challenges agriculture faces today

Livestock wearables include ear tags, collars, ankle and tail bracelets, and even belly belts. They serve as the farmer’s eyes and ears, allowing him or her to monitor and manage animals with the flick of a finger on a smartphone.

The benefits are immense, most notably in helping to meet the demands of two of the most prominent trends in agriculture: labour shortages, and the need for farming operations to expand.

With a global population heading towards nine billion by 2050 and increasing concern over emissions and climate change, farmers are under intense pressure to scale up their operations and scale down their carbon footprint. This means bigger herds and more production per mouth, while using less labour and fewer resources per animal.

Meeting these challenges, while keeping animals healthy in high-volume livestock operations, is not easy but science and new technologies are finding a way, and wearables are a big part of the solution. I say that with a certain amount of bias, as Moocall operates in this area. Nonetheless, from a development and diagnosis point of view, wearables will always provide the best feedback. If you’re trying to pick any behaviour performance metric, directly sourcing from the animal is the only viable route, whether it’s nutrition, breeding, diagnosis, productivity, or any other type of behaviour.

Certain trends have emerged as pivotal to this progress and will continue to be so: component size, power and connectivity. The size of chips and components to measure movement and temperature are getting smaller and they are becoming more efficient on battery. For example, making chips and circuit boards small enough to fit into Moocall’s original product, the Calving Sensor, only became possible around 2011. Four years later we were in business selling a device that wasn’t even a dream 10 years ago.

New technologies coming onstream in the network space, such as NBIoT (Narrowband Internet of Things), are offering lower power connectivity. Low power means smaller batteries and smaller devices – you need less battery power to get 12 months or two years’ life out of a device with an open connection from it to some external analytic system.

This means devices that are already small enough to wear can become more powerful, which in turn feeds into them doing more and detecting more, thereby allowing a small farming operation to achieve a scale never previously possible.

There will, of course, be an ultimate limit to these things but the amount of actual farming a farmer needs to do is getting less and less. Farmers are swapping out personal time or labour units for technology that allows them to monitor their herd from anywhere. Wearables are allowing them to do tasks from the office in a matter of minutes, which previously took two hours in the field.

Over the coming years, we will see a continuation of the trend towards smaller, easier to wear, more powerful wearable devices, which consume less energy. In conjunction with that will be an increasing move towards integration with other farm technology systems.

This has already started on some of the larger dairy farms. For example, a cow might alert to being ill or needing investigation through a wearable device or even a feeding machine, and can be diverted on leaving the milking parlour and presented for inspection in a separate location. The investigation and separation is done without the farmer having to have any input at all.

Farmers already learn an awful lot about animal performance from the data that wearable devices capture, allowing them to decide on further actions, many of them partly or wholly automated, such as feeding and nutrition.

It’s a very different experience even to where it was five years ago and the automation of monitoring farm animals will continue. In the not too distant future, it is feasible that every cow in a large-scale farm operation will have their own assigned wearable, from which the farmer will know 80% of their behaviours remotely without ever looking at the cow at all.

Technology, as opposed to people, will increasingly monitor animal welfare and productivity, allowing farmers to focus on the efficiencies that will drive profitability.