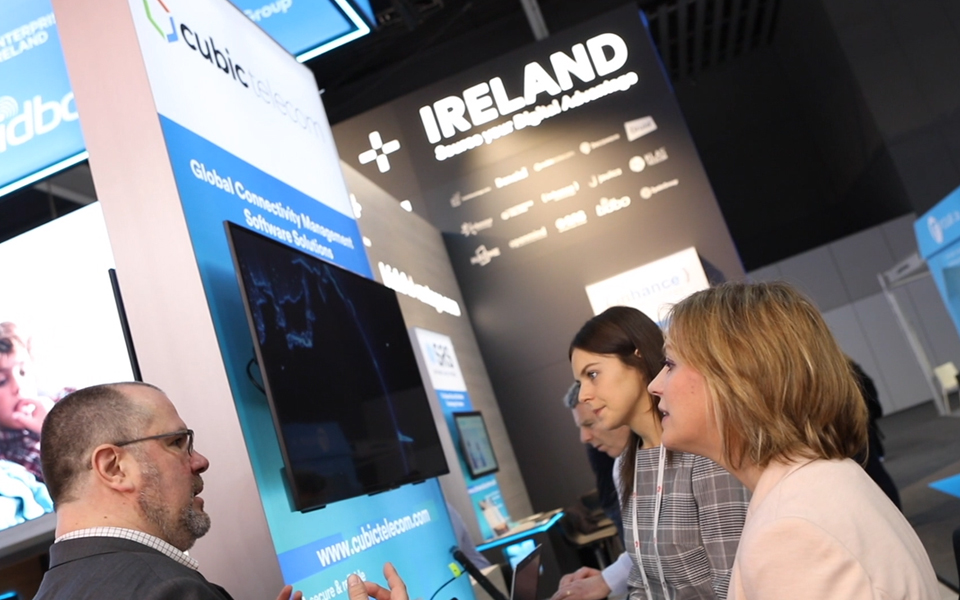 Irish mobile and wireless tech innovators announced a number of new deals and partnerships at the most recent Mobile World Congress (MWC) in Barcelona in February.

“This is the leading event for mobile and wireless telecommunications and brings Irish innovation to a world audience,” said David Byrne, manager of the electronics division at Enterprise Ireland.

22 companies supported by Enterprise Ireland, the trade and innovation agency, attended this year’s event, including innovators such as Cubic Telecom, Asavie, Openet and iKydz. 13 companies showcased solutions in the area of emerging technologies at the Irish Pavilion stand.

MWC is the largest mobile event in the world, bringing together the latest innovations and cutting-edge technology from more than 2,400 companies.

Five Irish companies announced deals with global tech giants such as Microsoft and Samsung at the event.

Openet, who offers real-time software solutions and services, announced a partnership with Samsung, who will adopt their products in North America.

Two new partnerships were announced by Asavie, one with Horizon for the North American market, and another with Amazon Web Services. Asavie offers solutions in the secure mobile and Internet of Things (IoT) spaces.

Welcoming the announcements at Mobile World Congress was Seán Canney, TD, Minister of State for Natural Resources, Community Affairs and Digital Development, who said, “As a country that wants to be at the forefront of digital technology, this is where it is happening. It’s probably the world stage for technology companies.”