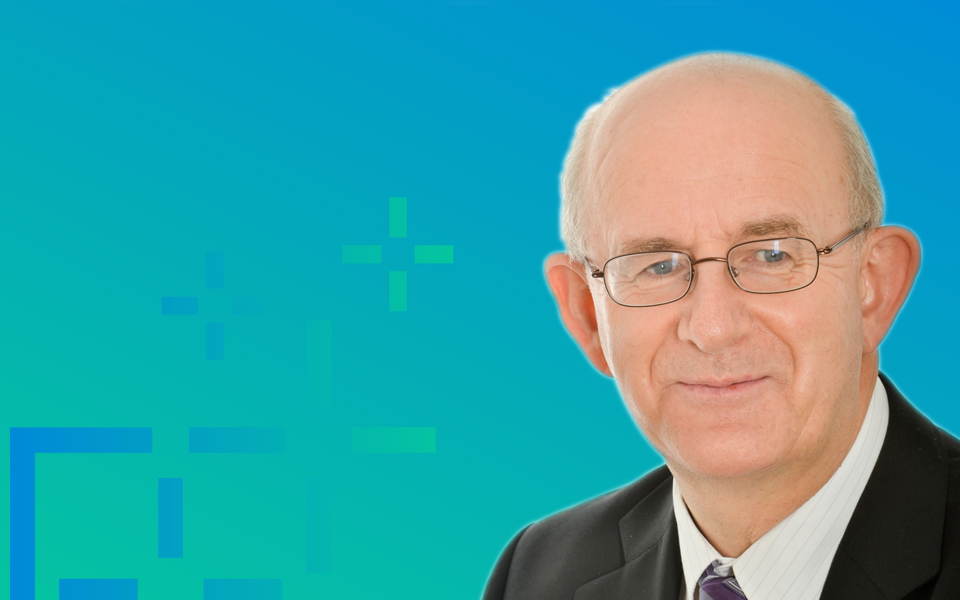 Food to agritech: How one small country feeds 35 million people

Irish agritech is, like the proverbial farmer, outstanding in its field. Fittingly, this expertise has its roots in the land.

At the Ceide Fields, a globally unique archaeological site and visitor centre in Ireland’s north County Mayo, visitors can see evidence of field systems and animal enclosures that date back more than 5,000 years: 2,000 years before construction of the pyramids began.

“Our very successful agri-food industry hasn’t come from nowhere but has evolved over hundreds of years,” says Tom Kelly, divisional manager for innovation and competitiveness at Enterprise Ireland.

“It is our pastoral tradition that ultimately results in our successful food and dairy export sector.”

From the rich pasturelands of the “Golden Vale”, which spans Tipperary, Cork and Limerick, to the expansive vegetable farms of north County Dublin and the fruit growers of County Wexford, in Ireland’s “Sunny South East”, Ireland’s farmers are adept at making best use of their land. Indeed, it’s the limestone under Kildare, and the calcium-rich grass that grows over it, that produces Ireland’s world-class thoroughbred horses. 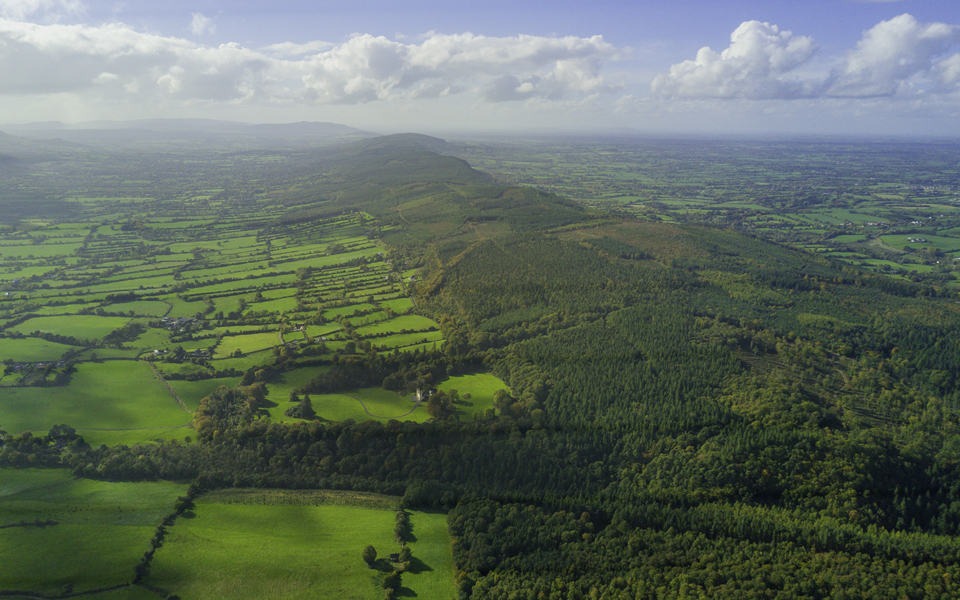 All such strengths have helped to position Ireland as one of the world’s great locations for food production. “One of the great contributions Ireland makes is as a source of food of exceptional range and quality. It’s how we – a country of just five million people – are able to feed 35 million people,” says Kelly.

It’s also why Ireland enjoys exceptional success as one of the world’s leading producers of infant baby formula, producing 10% of worldwide supply. 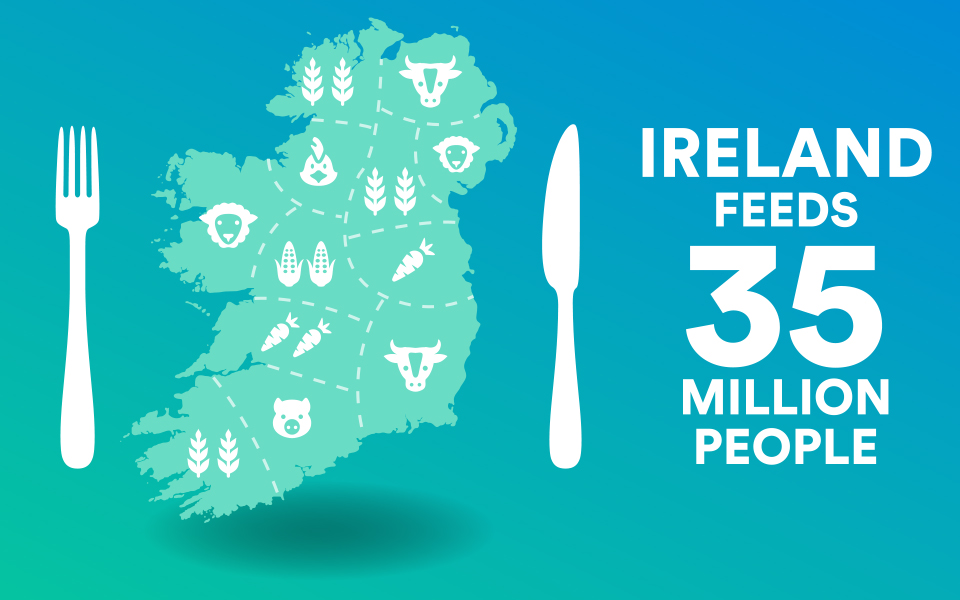 The country has produced some of the world’s leading agricultural machinery companies. Dairy technology company Dairymaster powers dairy parlours around the world. Feed systems technology company Keenan Systems, a major international exporter, is now part of global giant Alltech, the animal nutrition group which was itself founded by an Irish entrepreneur, the late Dr. Pearse Lyons.

High-tech equipment makers such as HiSpec Engineering, Prodig, AgriSpread, Malone Farm Machinery and Tanco Autowrap are succeeding around the world. Part of their export success stems from building equipment that can handle Ireland’s varied weather and conditions – making it robust enough for almost anywhere on the planet. 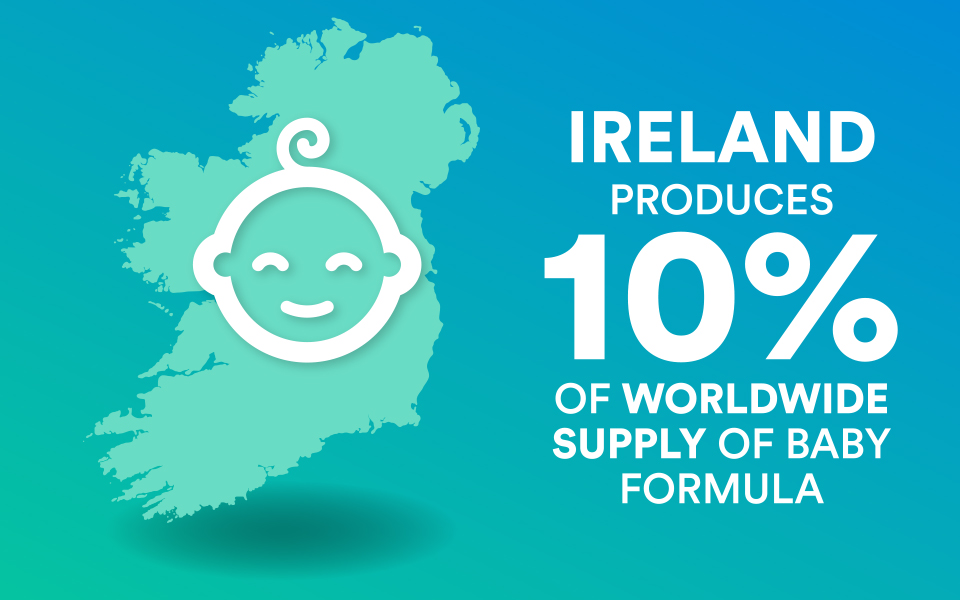 “We produce the food. We produce the equipment that produces the food. Now we are seeing the convergence of that heritage and expertise with new sensor-based and wireless technologies, giving rise to another level of Irish agritech,” says Kelly.

“What we are seeing now is the emergence of a new breed of start-up companies, as well as the embracing of new technologies by traditional machinery companies here.”

The arc of Ireland’s agricultural narrative, from agri-food to agri-mech and now, to agritech, “is part of a story that gives great confidence for the future,” he says. “We’re building from a very strong base.”

Agritech: from FitBit for cows to CRM for cattle

It includes a fresh crop of innovators, developers of applications such as Moo Monitor, often referred to as a FitBit for cows, and Herdwatch, a CRM system for cattle.

Products such as Intouch Pace, from Keenan Systems, and companies such as Terra NutriTECH, offer smart monitoring of nutrition and minerals in feed and water systems. True North Technologies creates apps that monitor everything from grass growth to animal behaviour.

“The result is that, while Ireland already has a very exciting cohort of existing companies, we now have very exciting new ones emerging as well,” says Kelly.

He subscribes to the theory that much of this innovation stems from the fact that farmers, by their nature, are entrepreneurial, typically applying a “can do” attitude to challenges. As we know from the Ceide Fields, Ireland has long been a nation of farmers.

“Farmers, by their nature, look to find practical solutions,” he says. Today that means making the very best use of their land through the innovative use of precision agriculture, devising and utilising technologies that maximise their return from the ground while doing the very least damage to it.

“Right now, one of the biggest challenges facing the planet is how to produce more food for an increasing population. We have to generate more food but in a way that is mindful of the sustainability of solutions,” he says.

In developing such solutions, Ireland’s agritech sector benefits from the deep technology talent pool we have here. This arises both from the country’s status as a global hub for ICT – all of the world’s top IT companies have a presence here – and from the strong R&D collaboration that exists between agriculture and the third- and fourth-level education sector.

This makes Enterprise Ireland’s network of offices around the world a perfect first port of call for international agricultural buyers looking for innovative solutions.

“If Irish agritech companies don’t have the solution you need, chances are they are either already working on it, or can work on developing it with you – so get in touch,” he says.

“At a time when the world faces many challenges, particularly in relation to environmental impact, we have Irish companies providing solutions that take account of sustainability and make use of all the new technologies that are emerging,” he says.

“What we are seeing here is the convergence of all that traditional capability in farming, all that long-standing capability in machinery and electronics, and all the newer capability in relation to ICT that is emerging. When you look at the companies that have already emerged from here, whether it’s Dairymaster, Alltech or McHale, it’s not a stretch to say Ireland is world class in this sector. We have the evidence to prove it.”

Five thousand years’ worth, in fact.