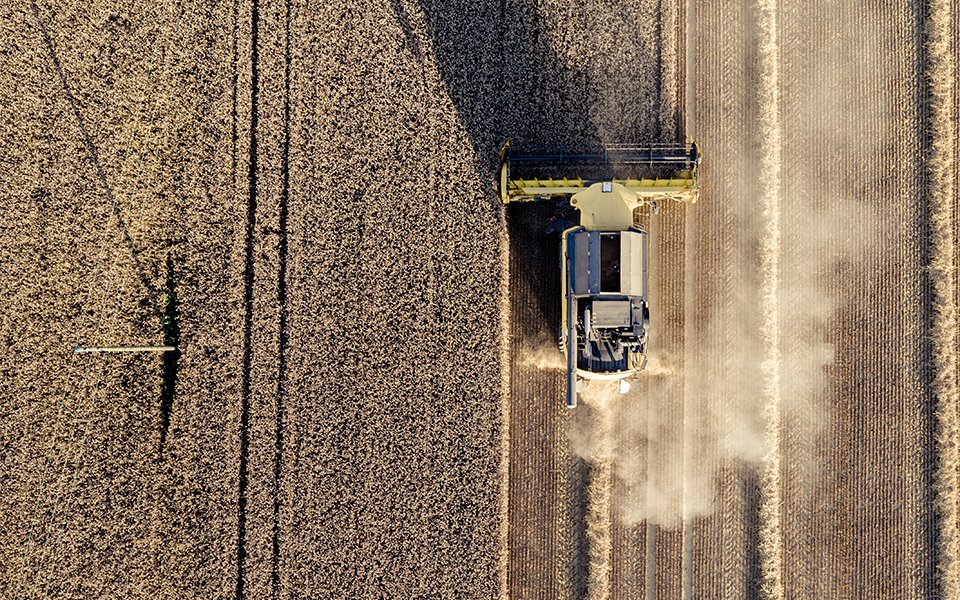 Globally the agriculture industry is under increasing pressure to produce more food and reduce environmental impact, without the solutions needed to support that change. Irish agritech is filling the gap by providing innovative solutions that will shape the future of farming.

Award winning agri-innovator SAMCO is the developer of the SAMCO 3 in 1, a machine that sows seed, sprays the soil with pre-emergence herbicide, and lays a thin layer of degradable film over the seed bed.

The operation protects the young plants from late frost, increases the soil temperature and thereby maximises crop yield and quality per hectare. The family run business, which was established in 1997 today exports to 25 countries.

Many crops are now grown using the SAMCO System, including maize, sunflowers, sorghum, soya, beet, rice and many types of vegetables. The company designs and manufactures the degradable mulch film for its machines and actively conducts trials each year, adding to the body of scientific knowledge about the ways in which its films can support farmers to achieve higher yields.

The film it uses is fully degradable. A revolutionary process turns ordinary plastic at the end of its useful life, in the presence of oxygen, into a material with a different molecular structure. At the end of the process, it is no longer a plastic and instead has changed to a material which is biodegradable (by bacteria and fungi) in the open air.

Using a combination of IoT and AI technologies, it remotely extracts and interprets data from hives, which it converts into meaningful insights about operations. That enables beekeepers to optimise labour and resources to maximum effect, creating an extra $100 of value per hive annually.

ApisProtect’s technology is positioned as the most accurate, reliable, and beekeeper-friendly in the market, bringing honey bee-saving technology to every corner of the globe at a time when the global bee population, which is vital for the environment, human health, and global food security, is declining and under continued threats.  These include climate change, biocide use, pathogens and suboptimal management practices.

The company, which was founded in 2017, has built an innovative system involving sensors, global communications, and artificial intelligence to proactively improve beekeeping outcomes while increasing productivity and reducing beekeeping costs. It also means beekeepers don’t have to disturb their hives to understand them on a deeper level.

Insects are also on the menu at innovator Hexafly, Ireland’s pioneering vertical insect farm which is set to radically disrupt the protein sector.

Its vision is to bring the insect farming revolution to the world in order to help end the overexploitation of land and ocean.

Thanks to revolutionary breeding and bio-conversion technologies, it maximises the extraction of high-value protein and oil products from insect farming for use in the aquaculture, animal feed and plant nutrition industries.

Its primary market is the aquaculture sector, where insect protein can be used to replace fish meal and as an alternative source to soya. The use of insect protein for swine and poultry could also be on the cards.

The company has a range of innovations, including Hexafrass, an organic insect-derived fertiliser, containing chitin, which offers a sustainable alternative to commercial fertilisers.

Chitin is commonly found in the outer coverings of insects and shellfish and the cell walls of fungi and algae. When plants are in the presence of chitin, it increases the bio-active health and performance of plants by stimulating and balancing micro-organisms in the soil. It also activates immune responses and elevates natural defence against attack from insects and diseases.

Hexafrass product is a nourishing, highly effective, natural and certified-organic fertilizer produced by the larvae of the Black Soldier Fly (BSF). It’s a slow-release fertiliser that boasts a high organic matter content and bio-available nitrogen.

Completely free from artificial chemicals, HexaFrass is simply dried and milled before being ready to use. It promotes strong plant growth and can trigger a plant’s natural defence mechanisms to deter unwanted pests.